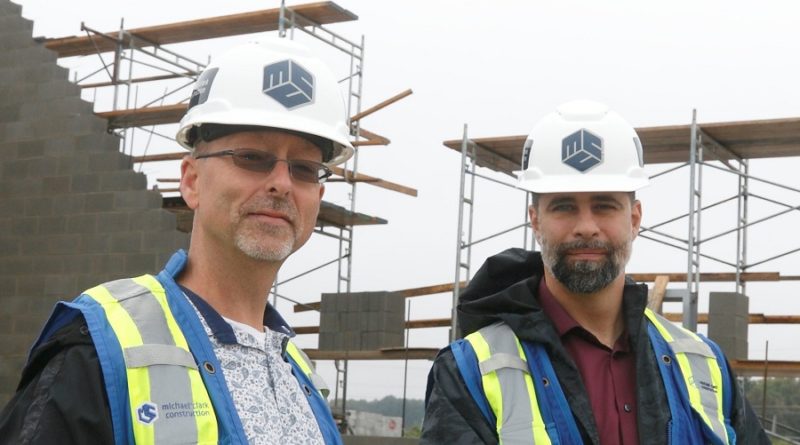 ASK NATE FEHRMAN to describe his firm, michael + clark construction, and he won’t refer to it as a construction company, a design-build firm or building services business. Instead, he prefers the firm to be thought of as “project stewards” — a business dedicated to handling the management of a project entrusted into one’s care.

“I always say, ‘Anybody can build the thing,’” Fehrman explains. “It’s figuring out the why — why it needs to be built the way it does and figuring out what the individual client’s needs are.”

For the last eight years, that is how michael + clark has operated. Founded in 2013 by Fehrman and his business partner, Mike Newton, the duo set out to fill a void in the region for a commercial contracting company that provided end-to-end services but did so with the care and attention of a boutique business.

“And you know what? Our company grew much faster than we envisioned,” Fehrman says.

Pull-Quote: “We’ve believed from day one that a business should not only exist to make money in a community, but should also be involved” ―Nate Fehrman

The key to their approach, he says, is comprehensive engagement from the outset. Which is why their ideal client is not someone with a final vision in hand, but “a client who brings us in as early as possible.”

Consider, says Fehrman, one client who knocked on their door asking for a 100,000-square-foot facility, convinced they needed every inch of that space. “By the time we were done planning with them, they actually only needed 60,000 square feet,” he says. “I don’t think many [contractors] do that.”

And by all accounts, it’s an approach that is meeting the demands of broad range of sectors, from industrial, healthcare and commercial facilities to institutional, retail, manufacturing and food processing projects. Its diverse portfolio of clients includes BOS Innovations, Dr. Oetker, Carfax Canada, Pillar Meats, Tepperman’s and Starlim, to name but a few.

The latest innovation for the partners is a new way to efficiently respond to client needs once a build is finished. Spun out as a new division called ­hexcon (www.hexcon.ca), the venture will expand into capital maintenance services and smaller scale expansions, building on the business they’ve acquired through michael + clark. 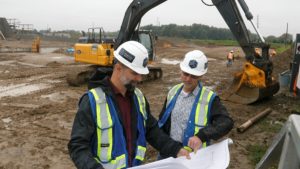 “Sometimes, clients just need a small project — they need a window changed, a door dealt with, a wall painted,” Fehrman explains. “We didn’t want to leave behind any of those clients as we grew, so we’ve created hexcon as a business solely focused on those smaller, in-and-out jobs.”

The spinoff company now has six employees of its own, with ambitions to double that in the coming year.

“We want to do that handoff,” continues Fehrman. “As we finish the large build, hexcon will look after you from here on in, and next time you need a large project, we’ll bring michael + clark back.”

It’s a leave-nothing-behind concept that comes at a pivotal time. Fehrman says michael + clark, which now employs 30, is realizing double-digit growth annually and has recently opened a satellite office in Kitchener-Waterloo as it nips at projects on the outskirts of the GTA.

But their heart is plainly in London, where the partners “see continued growth,” and they continue to put in place ­procedures and policies to make them one of the more attractive employers in the sector. Those investments include expanded employee benefit packages, and perhaps more interestingly for a construction firm, they have transitioned all employees to a four-day workweek.

In the end, it’s the chance to introduce differentiators and the opportunities for innovation that continue to propel Fehrman and Newton down new paths, both for their workers and the communities in which they are developing.

“We’ve believed from day one that a business should not only exist to make money in a community, but should also be involved,” Fehrman says.

“We’re spending a lot of time and effort on these initiatives. And for our people, it’s more than just the paycheque — they’re involved in their community, and really, that’s our view on how business should be.”