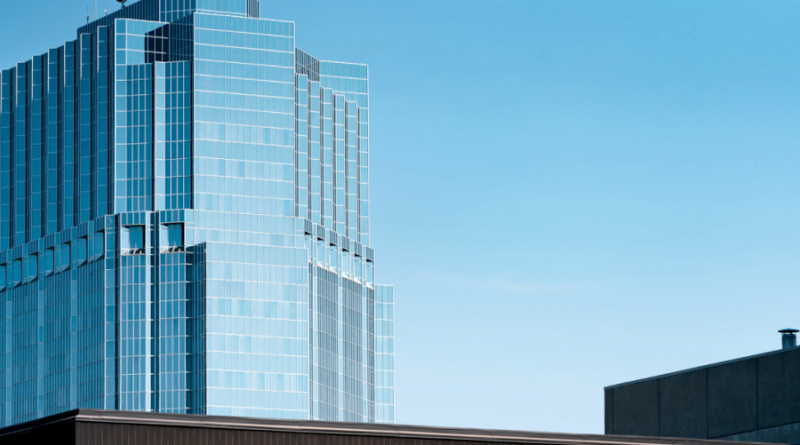 2022 Ontario Economic Report: Signs of improvement for London and province, but outlook dampened by labour shortages and supply chain issues

THE ONTARIO CHAMBER of Commerce released its annual economic report on Thursday, offering a stark view of the current climate as the economy continues to weather storm after storm.

But while the London region is by no means insulated from these challenges, it has also fared well enough, relative to some of the larger city centres nearby.

London’s jobless rate stood at 7.7 per cent in 2021, the report found — lower than the province-wide unemployment rate of 8 per cent. Conversely, employment in the region grew by nearly 8 per cent, though both numbers are expected to decline to more usual levels over the course of 2022.

London, the report notes, added 16,000 jobs over the course of 2021 — which is, all things considered, not bad for such a chaotic year.

“Businesses are still recovering from pandemic impacts,” says Kristen Duever, VP of public affairs with the London Chamber of Commerce, “and they have the added challenges of labour shortages and supply chain issues.”

Duever highlighted labour shortages as a significant constraint on growth.

“At the local level, we need to create communities that people want to come to and live in and work in,” she says. “We want to have that environment that attracts recent grads.”

That will be particularly important over the next couple years, as the report highlights a few big job creators on the horizon for London — including the expanded Nestlé Canada facility and new Maple Leaf Foods plant set to open soon.

“The biggest challenges for the region,” the report reads, “will be managing labour shortages, especially as local housing prices continue to rise.”

On paper, Ontario’s macroeconomic indicators look alright, promising even. After the shocks of 2020, overall GDP growth hit 4.2 per cent in 2021, and it expected to stay around there this year. Nearly all regions in the province have more jobs now than they did at the start of 2021.

Wages are up, albeit modestly. With these numbers, it is certainly possible to tell a story where the economy is chugging along just fine.

But the report’s findings also tell another story, one in which the modest economic gains the province has seen over the past year are being cancelled out (and then some) by mounting concerns both immediate (Omicron and its related restrictions) and long-term (housing costs, inflation, supply chain issues).

The report notes that while the province’s economy “began to see some positive momentum in 2021 after hitting a record low in 2020 … much of this momentum is tempered by labour shortages, global supply chain disruptions, and inflation, which suggest a difficult road ahead for businesses and households.”

While business confidence had increased last year relative to 2020, it is still the minority view: while 29 per cent of businesses reported feeling confident, 39 per cent felt the opposite and 33 per cent had a neutral outlook. (The report also notes that these numbers were pre-Omicron, and that confidence has in all likelihood waned further.)

“We are seeing a domino effect of structural issues. Jobs are going unfilled, demand is outpacing capacity and these issues are driving up prices for consumers and uncertainty for businesses,” says the report’s co-author, Claudia Dessanti, senior manager, policy, Ontario Chamber of Commerce. “Two years into the pandemic, there is light at the end of the tunnel, but we need a long-term plan that will provide stability and lay the groundwork for economic growth.”

Challenges on the horizon

Chief among the handbrakes on Ontario’s economy, the report says, are inflation and supply chain issues.

“Ontario’s manufacturing sector is particularly vulnerable to materials shortages given its high degree of global integration and heavy reliance on imports,” the report found.

“For employers, business margins are tightening as they deal with rising input and transportation costs while simultaneously trying to keep up with demand,” the report reads. “This year, the easing of restrictions post-Omicron will likely unleash a new wave of demand, especially during the warmer months when travel and tourism resume. Supply chain challenges compounded by labour shortages and outdated infrastructure are expected to persist in the medium-term.”

Inflation, too, is having an impact, and the report warns of “alarming increases in the costs of freight transportation, inputs and consumer goods [coming] on the heels of labour and raw material shortages.”

It is here where the economy’s paper gains seem thinnest, and here where the challenges are felt most acutely: last month, pollster Angus Reid reported that nearly six in 10 Canadians are finding it “difficult” to put food on the table. At its most foreboding, the report warns that “unlike inflation on accommodations, airfares and natural gas, there are broader social and economic risks to consider if current prices for essential goods such as food, produce and housing become permanent as opposed to transitory.”

“I think the challenge is just getting over these hurdles that have been thrown at everybody during the pandemic,” Duever says. “Whether it’s getting back that business you lost, or just wanting to open again but dealing with labour shortages.”

Locally, Londoners will inevitably content with larger, province- and nation-wide challenges and trends, and the Chamber’s focus is on getting everyone through it, first and foremost.

“Advocacy is a big part of what we do,” Duever says, “and we’re going to be looking for ways to partner with local government and our local business community to aid the recovery.”