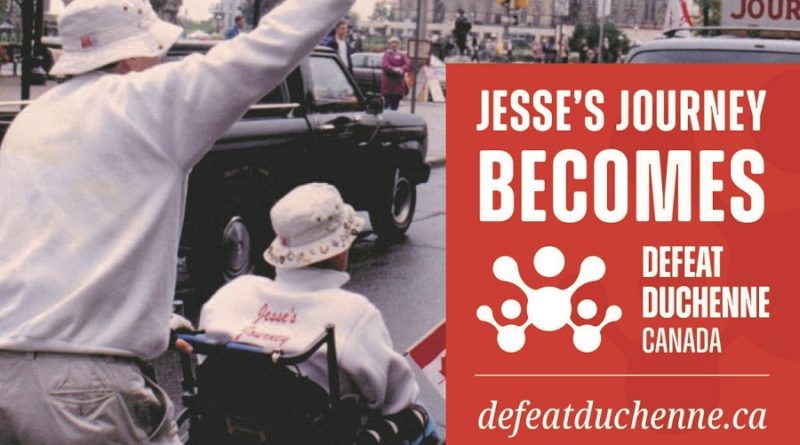 JOHN AND JESSE Davidson from London, Ontario, founded Jesse’s Journey in 1995 to provide leadership in research, advocacy and support in the fight to defeat Duchenne muscular dystrophy. They’ve united families, raised awareness, and become the country’s largest funder of Duchenne research ― investing almost $15 million in more than 50 projects around the world.

Their vision remains at the heart of the organization: a future without Duchenne.

But now is the time to broaden the reach, engage and support more families across Canada, fund more research, and educate our nation’s leaders to gain the federal support needed to make even greater progress in research and care. 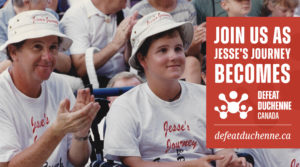 “This is a huge transformation that our entire family is proud to support. My son Jesse’s grit and determination inspired thousands to help in this fight. Through your support, his legacy will live on.” – John Davidson, Founder.

As the country’s only national charity dedicated to ending Duchenne, they rely on support from individuals, businesses, and communities coast to coast. Their hope of achieving a future where a Duchenne diagnosis is filled with hope – rather than fear – cannot be realized without you.

Now is the time for all Canadians to join the fight to defeat Duchenne. 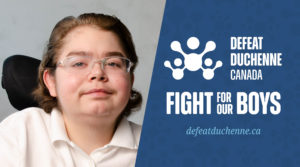 Duchenne muscular dystrophy is a life-threatening, progressive, neuromuscular disorder with no cure. Affecting approximately 1 in every 5,000 boys in Canada, Duchenne is caused by mutations within the dystrophin gene, one of the largest genes in the body responsible for strengthening muscles and protecting them from injury.

The disease is relentless. It slowly weakens the body’s muscles, deteriorating the function of vital organs and ultimately – shortens their life. Although there are medical treatments that may help slow its progression, there is currently no cure.

Defeat Duchenne Canada is the country’s only national charity dedicated to ending Duchenne muscular dystrophy. We have provided leadership in research, advocacy, and support since 1995. We‘ll continue until a cure is found to ensure our boys can live long and active lives.