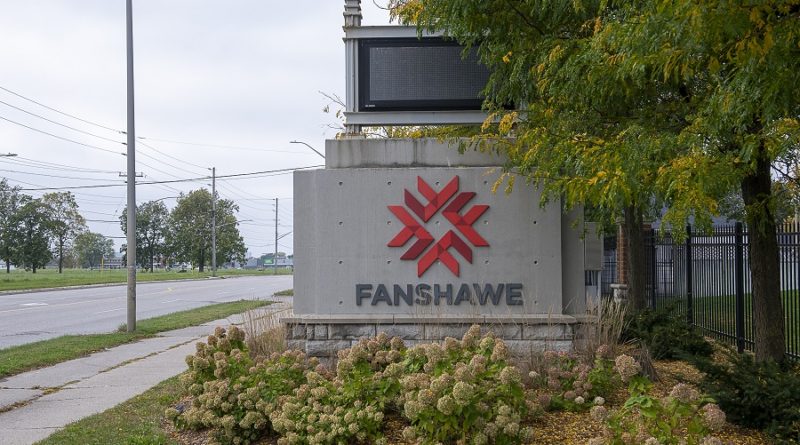 Five years after a marathon labour stoppage in 2017, faculty at Ontario’s 24 public colleges are set to strike on Friday

INSTRUCTORS AT FANSHAWE College are set to strike along with 16,000 public college faculty members at 12:01 a.m. on Friday morning, as collective bargaining between the faculty union and the College Employer Council have broken down.

Faculty at Fanshawe have been on work-to-rule since December, when the union members rejected a contract imposed by the CEC and gave the union a strike mandate. OPSEU, the union representing college faculty, wants the CEC to agree to binding arbitration that would avoid a strike, but they say the CEC has refused this offer.

The CEC, on the other hand, is accusing the union bargaining team of “intransigence” and has said they have “repeatedly rejected the CEC’s invitation to moderate its remaining demands and return to the table.”

The labour dispute does not centre around wages, since Ontario Bill 124 caps raises at one per cent (roughly one-fifth the current rate of inflation). Rather, the dispute centres around job security and working conditions.

“72% of Fanshawe professors are not full-time faculty — they are on short-term contracts and must apply for their jobs ever semester,” reads a student FAQ prepared by OPSEU Local 110, which represents Fanshawe instructors. The union says it is also asking for adjustments related to the increased workload of online schooling, and wants to prevent school administration from contracting out “professor, counsellor, and librarian work to private corporations,” language which the CEC says it “is not prepared to agree to.”

The union also wants to extend dental coverage, which the CEC claims would violate Bill 124.

While the two sides have disagreements on the finer points of the contract, the current issue boils down, essentially, to which form of arbitration either side is willing to accept. The union has proposed binding Interest Arbitration, which would more or less let an arbitrator work out some kind of compromise agreement between the two offers. The CEC wants to send it to Final Offer Selection Arbitration, which would force an arbitrator to pick one offer or the other, which the union says violates the spirit of respect and compromise.

“Binding interest arbitration has been the usual way for labour disruptions to be settled in the past when we have not been able to negotiate an agreement,” the union says. “It is the common way for labour disputes in the post-secondary sector to get resolved – common enough that it’s written into several collective agreements. Faculty are offering to do this before a lockout or strike.” It is also how the last major college strike, a five-week long stoppage in 2017, was settled.

The looming strike is an escalation, to be sure, of tensions between the two sides. OPSEU Local 110 president, Darryl Bedford, said in a video to members on Monday that they believe senior college leaders were planning to lock faculty out at the end of the semester.

“We should all be upset at the CEC – they are not a willing, rational party. They’re not here to act in the public interest. They’re not engaging in true bargaining,” he says in the video. “Binding arbitration is the only way this can happen.”

“Our promise to students is to continue to make every effort to reach a fair agreement We want to achieve this with as little disruption as possible,” reads a CEC statement issued on Monday. “Unfortunately, the Union has chosen to go on a strike. We have sincerely tried to find an agreement and will continue to pursue a reasonable agreement.”

Bedford said that should a strike occur it “won’t be a conventional strike,” meaning that since a lot of classes are still online, “we’re not going to picket mostly empty buildings.”

And while the negotiations are in their final hour, there is hope that a contentious strike can be avoided. “I firmly believe we can reach a deal at the bargaining table,” said OPSEU president Smokey Thomas. “I’m convinced a deal is there and that we can avoid a messy strike that is not in anybody’s best interests.”