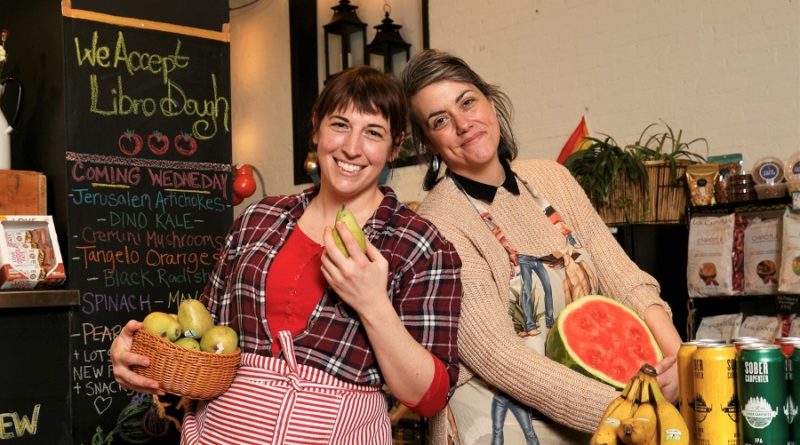 For Ugly Local, the time is ripe for tackling food waste — one cosmetically challenged vegetable or fruit at a time

OVER THE PAST two years, ­significant cracks in the food system have started to show. Some, like the bare shelves symptomatic of supply chain ­interruptus, are new creations of the Covid era; others, like unaffordability and food insecurity, are longstanding concerns that are suddenly nipping at the middle class.

All the while, food waste continues to be a major problem — some estimates suggest that nearly 60 per cent of all food in Canada ends up wasted. Much of that waste is also completely avoidable.

Enter the ‘ugly food movement,’ and launches such as Ugly Local, a business founded in early 2021 by Londoners Barbara Greiff and Robbyn Lindsay that operates out of the Somerville 630 building in Old East Village. The pair met working in the produce industry and saw a lot of that food waste happening right at the source.

“We would be very disappointed when we would have to send back number two grade vegetables,” says Lindsay, referring to the Canadian Food Inspection Agency classification of slightly damaged produce.

“I just want to do what I love. At the end of the day, I have never been so satisfied with my work” —Robbyn Lindsay

“And then one day, Robbyn came in and she said, ‘What do you think of Local Ugly … or Ugly Local?’” says Greiff. “Right away I loved Ugly Local, and it just went from there — we just started calling, and in April 2021 we started filling orders, and that’s where it really began.” 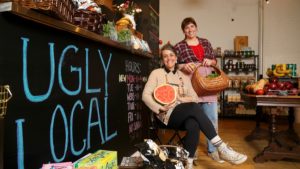 The business of Ugly Local itself takes different forms: it’s part online grocery delivery service, part produce market and part community grocer, but always centred around the idea that while our food system might be an efficient profit engine, there are increasingly obvious gaps in its ­ability to serve people. But by reorienting their business around preserving ugly produce and making it last, they aim to help close some of those gaps.

Living and working in OEV, both can see how the growing gaps impact people. Grocery stores have closed in the downtown, leaving food deserts in their wake. For someone living in the city’s core — a senior on a fixed income, for instance — accessing food downtown can be both difficult and costly.
“If you’re in OEV and you can walk here, that’s who we’re aiming for,” Greiff says.

By selling produce that was otherwise destined for the landfill or to be re-processed into packaged goods, ­savings can range “anywhere from 30 to 50 per cent,” says Greiff. By washing produce themselves and storing it in better ways (“those plastic containers are horrible for berries,” says Lindsay, by way of example) they can keep their own overhead down. On Tuesdays, they’ll mark the produce down even more, to keep it rotating and offer steeper discounts. They’ll sell whole bags of produce for ten bucks, flat fee. And, “If you literally don’t have five or ten dollars — just take the bag!” says Greiff.

“We both come from low-income backgrounds,” Greiff continues, “I was raised by a single mom of four kids. We grew up shopping used cars, getting the really bad food. I think because we come from there, it helps us understand when someone comes in and they don’t have money.” 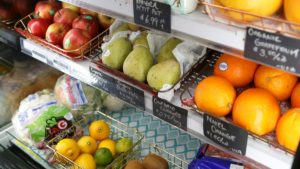 A year into the business, the two aren’t looking to expand the concept, open new locations or franchise off into an ugly produce empire. They’re hoping to earn a little profit so that they can buy new freezers, new equipment and hire additional staff. But they’d also like to serve as an example for other communities struggling with food security, to show that a community grocer selling ugly produce at lower costs is a viable — and meaningful — business model.

In this business, both Greiff and Lindsay say they’ve found something that works for them, a job that may not be all that glamorous, but which has them working with, and in, their ­community every day. “I just wanted to be my own boss,” Lindsay says. “I just want to do what I love. At the end of the day, I have never been so satisfied with my work.”