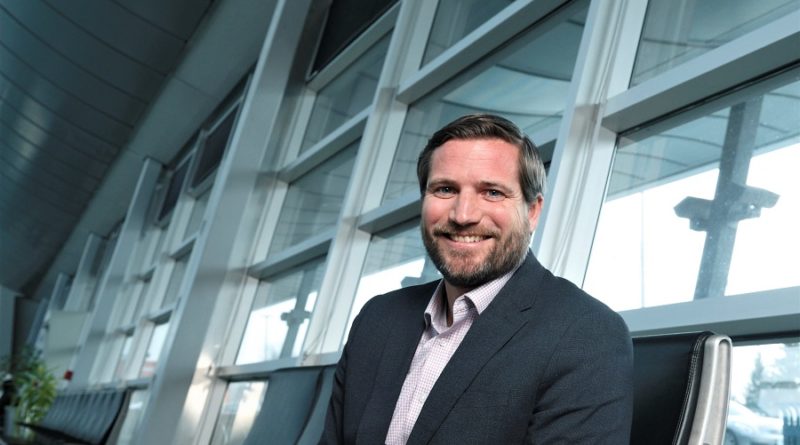 London International Airport CEO Scott McFadzean talks past and present, the way forward, courting ­business and why YXU is better

SCOTT MCFADZEAN, 41, is the new CEO of London International Airport, coming to the position after spending 20 years at Diamond Aircraft. He grew up in Brantford and came to London in 1999 to study commercial aviation management at Western — the year that program launched. Later, he earned his commercial pilot licence in the Western aviation program.

He started at Diamond in 2002 as an intern and left as CEO. He and wife, Roxanne, have two daughters, Lucy, seven, and Ruby, five. In addition to family time, he enjoys a variety of sports, including skiing, hockey and tennis. The family has season tickets to the Knights and also attends the Grand Theatre and other concerts and events.

Congratulations on the new job. Presumably, ­everyone running an airport anywhere in the world is looking forward to 2022 and the resumption of travel. How is London different than other airports, if it is?

It has been a challenging two years for all airports and airlines during the pandemic and all of us very much look forward to returning passengers for business and leisure travel. London is unique in that we offer an easy, comfortable, friendly and stress-free airport experience. Rather than drive two-plus hours on one of the busiest and most ­dangerous highways in North America to get to a larger airport like Pearson or Detroit, we offer the convenience and simplicity of travelling directly from your home airport and removing the stress, costs and risks associated with travelling to the larger airport. 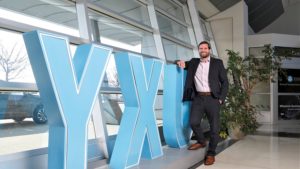 New job. Same commute. You left Diamond Aircraft, where you were CEO. Why leave?

I had a very ­successful 20-year career at Diamond Aircraft, and I have a lot of respect and love for the people and the products at Diamond. I left the company with record sales, revenue and profit, so I feel very good about what I was able to accomplish, but I was ready for a change and a new challenge in my career. I had been looking at some opportunities in the United States, but when I saw the CEO position opening at the London International Airport, I was very excited about the opportunity to lead the airport to new heights. It was the perfect fit and London has such a great community and so much opportunity and potential. To become the CEO at the London International Airport and give back to my city and community is very motivating for me.

I assumed Diamond would have suffered from the pandemic in step with airports. But that’s not the case, is it? Diamond is — forgive me — flying high.

Ironically, record sales of aircraft were achieved by Diamond Aircraft during the pandemic. This was also the case for other aircraft manufacturing companies. There was a lot of capital injected into the markets and I think many people still wanted to travel but didn’t feel comfortable getting on an airline during the pandemic, so many decided to purchase their own aircraft or learn to fly. I also think the pandemic made people realize that life is short, and you never know when your time here will be up, so why wait to buy that airplane that you always dreamed of? The flight training market has also been extremely strong and the need for training the next generation of airline pilots is critical to the growth of the aviation industry. Diamond is also very strong in the flight training market, so this was also a key factor to record aircraft sales.

You succeeded Mike Seabrook as airport CEO, and like Mike, you are a licensed pilot. He built his own plane, an RV-8 tandem-seat. Have you gone that far?

You have two distinct sets of customers. Travellers obviously, but you also have to woo airlines to operate from London. Is that second challenge greater, dependent as it is on factors you can’t control?

Yes, I would say the second challenge is greater. Airlines are a complex business with many factors that influence an airline’s decision to put service into a particular airport or region. You need to build relationships with the airlines and work hard to sell them on the airport, regional demand and growth opportunities. It is about making a strong business case for added service at London International Airport, and there needs to be the demand to support it. If an airline does not have the demand, it will not keep that route in the schedule very long. I encourage everyone in London to use our airport as much as possible and always check for a London option first while travelling. The more our community and region use the London International Airport, the better the business case to attract additional airlines and route structures from London. 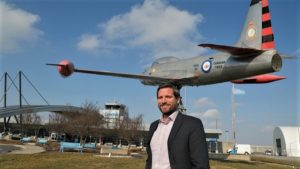 What travel plans do you and your family have when restrictions are lifted entirely?