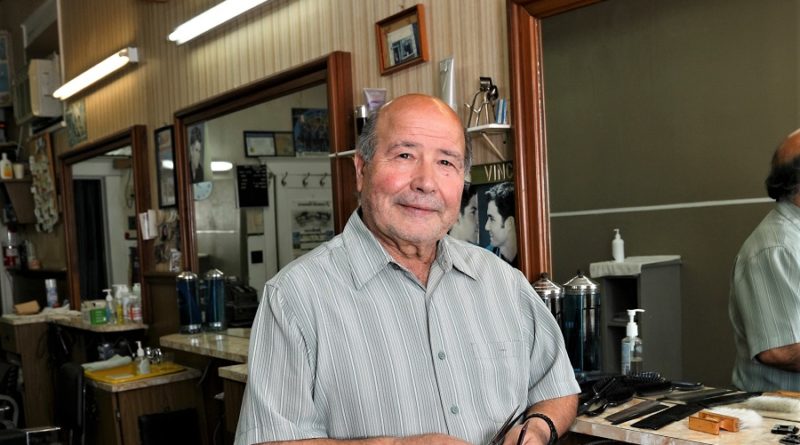 Vince’s Barbershop opened in Old East Village the same year Pac-Man was released, and ­the ­conversation has been going on ever since

VINCE IOELE RECKONS he may be the oldest — and likely the longest-­operating — entrepreneur along his stretch of Dundas Street in Old East Village.

Stroll east on Dundas from Adelaide Street and you’ll find the barber’s pole that marks the spot: Vince’s Barbershop Men’s Hair Stylists. A bit of a misnomer because, although there are three barber chairs, for the past 42 years Ioele has mostly operated as a one-man shop.

As he is quick to point out, Ioele has actually been barbering in OEV for half a century in total — and for a few years prior to that in his native Italy.

“In our town, most kids when we were 12, our parents sent us to learn a trade after school so we wouldn’t be running around on the street,” he says. 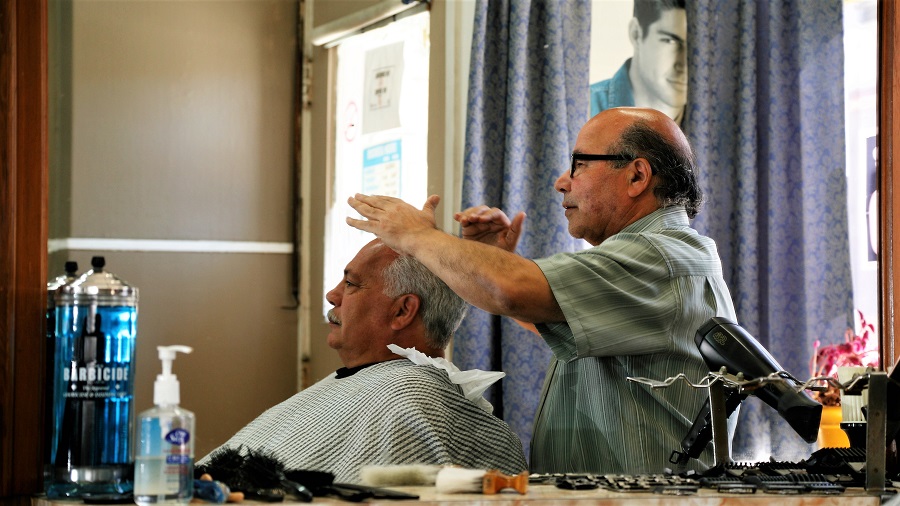 Ioele chose the local barber shop, which was always busy, and quickly progressed from sweeping and cleaning to lathering up faces to prepare them for shaving and learning basic barbering skills. He got his barber’s license in Italy as a teenager.

After immigrating to London at the age of 18 and getting his license to cut hair in Canada, Ioele first worked at the Embassy Barbershop for eight years before moving down the block into his current space. And stepping through the doors of Vince’s Barbershop today, you’ll see pretty much what his customers saw when Ioele first hung out his shingle — a no-frills, comfortable space where you’d go for a shave and haircut (or a perm back in the ‘70s).

“I’d be happy if someone was interested in taking over, but for now I still love doing this” —Vince Ioele

As hairstyles changed inside the shop — from shags to short back and sides and everything in between — the streetscape outside the shop was changing as well. This used to be a vibrant, bustling commercial area, says Ioele. People came from all over the city to shop at Hudson’s Department Store, the anchor of the strip, and bustling shops lined the street running east to the Western Fair grounds.

“It was hard to find a place to rent,” Ioele recalls. “If a business moved out, people would just be waiting for the chance to move in.”

In the 1970s and ‘80s, Ioele knew all his neighbouring business owners. He says the police had ­regular foot patrols and a more ­visible presence in the community. The annual Santa Clause parade was a daytime event full of excitement as families lined up along the sidewalk, and he would hand out ­lollipops. “I told the kids they were from Santa, that I was helping him out.”

The changes to the area happened ­gradually over the years, says Ioele. He talks about Hudson’s closing, the arrival of the OEV BIA, the city’s unending roadwork, widening of sidewalks, elimination of parking spots on the street, the rise in people on the street with mental health and addictions issues. 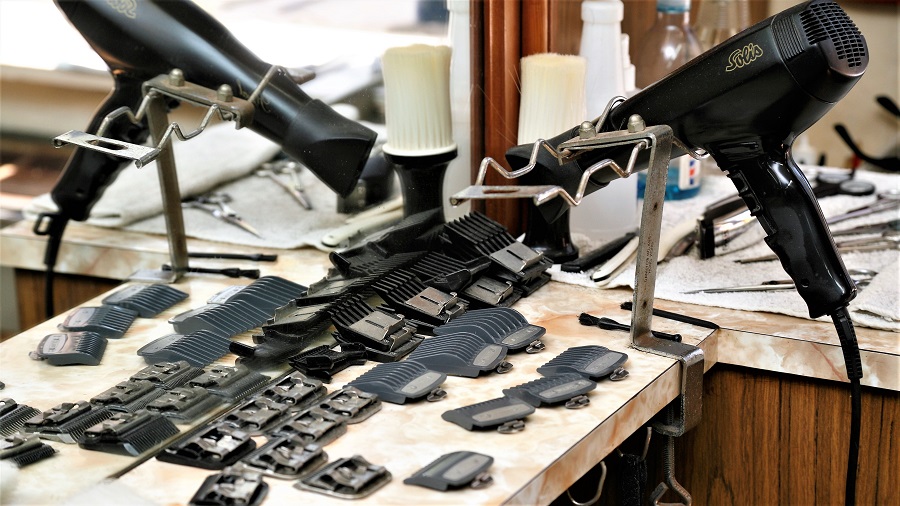 Over the past four to five years, the ­challenges have accelerated, especially with the financial and social strains brought on by the pandemic. He no longer knows his neighbours, and many of the long-time business owners that he once knew have closed shop.

Men’s grooming habits have change, too. Today, Ioele says it’s common for the time between two barber visits to extend to six to eight weeks — or even longer. In past ­generations, it was more like two weeks. “People would come in for a quick trim all the time,” says Ioele. “It was more like maintenance.”

Nonetheless, Ioele’s clients — ranging from older gentlemen who have been with him for years to a surprising number of younger customers — continue to make their way to Vince’s Barbershop, trekking from all parts of the city and some from out of town. Many have become friends over the years, and the social connections are a big part of what keeps Ioele from hanging up his scissors.

He works shorter hours, three or four days a week now, mainly by appointment, and occasionally has walk-in ­clients. It’s enough to pay the rent, make a few bucks and keep Ioele as busy as he wants to be.

“I’d be happy if someone was interested in taking over, but for now I still love doing this,” he says.