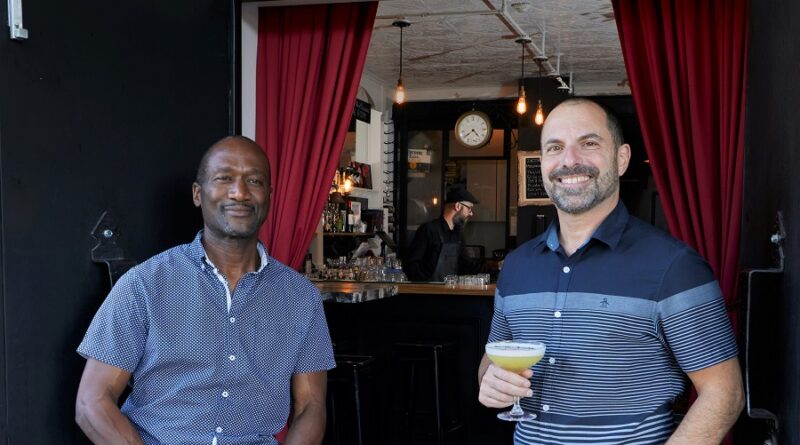 Launched as a classic speakeasy, The MockingBird Cocktail Bar & Lounge looks to expand its footprint while keeping its laid-back ways

WHEN HE FIRST opened The MockingBird Cocktail Bar & Lounge in 2019, tucked in a backroom of what was then Whistling Dick’s Barber Shop, John Parlow wanted the bar to be a bit of a secret — a classic speakeasy, lively on the inside yet invisible from the street. There was even talk of a password system; if you were there at all, you were in the know.

Now, as the bar expands and takes over the street-facing space that the barber shop once occupied, exclusivity is off the menu, so to speak.

“We don’t want the secrecy or the exclusivity anymore,” says Parlow with a laugh. “When the barbershop was there it made sense to have that, for sure — but now we want to be visible.”

A speakeasy no more, The MockingBird is in the finishing stages of building out a more lounge-like room in the front of the bar that will be able to host up to 52 more people.

“Dark, intimate,” is how Parlow describes the atmosphere they are going for, though he’s more apt to describe it in ­contrast to the existing bar. “The bar is all high-top tables; the lounge has regular seating, round white quartz ­tabletops, club chairs, dark and dimmable lighting, and we’ll be bringing in red velvet drapes.

“It’s pretty important that we remain true to what was originally created, that it remains that very intimate cocktail bar experience” —John Parlow

“We certainly do not want to change the vibe at all,” he continues. “It’s pretty important that we remain true to what was originally created, that it remains that very intimate cocktail bar experience.”

With the barber shop no longer occupying the space, Parlow says expanding the bar — as opposed to finding another tenant — was a natural move to make use of the unit, on which they were still paying rent but not generating revenue after Whistling Dick’s closed. Something had to go in there, he thought.

“Let’s put it this way, it was either going to be a lounge or something completely unrelated to the bar. At first, I thought maybe we put in a really cool general store,” he recalls, but says the hassle of inventory turned him off the idea. So, lounge it was. 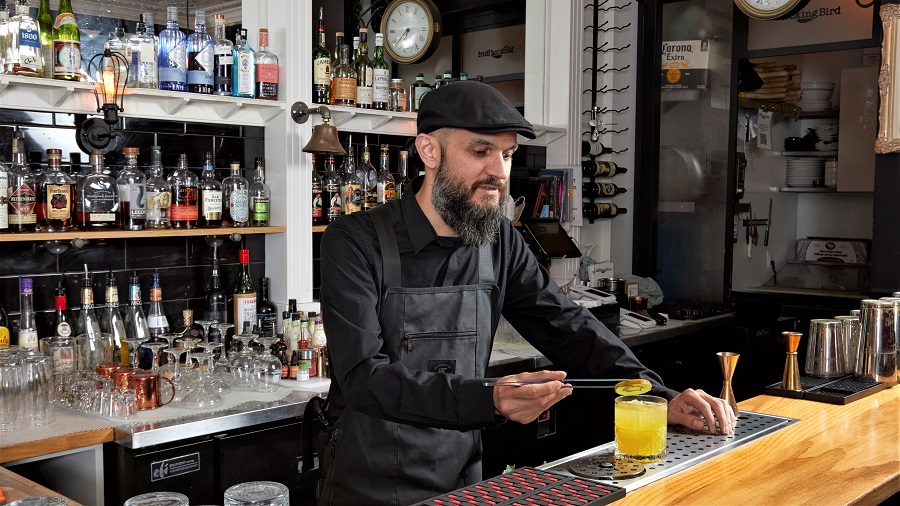 “It was just a natural fit. And with the growth that’s ­coming in Old East Village — there’s four [proposed] towers going in across the street — you’re looking at a lot of new homes going in.”

Just as in 2019, it’s a wager that OEV’s best days are still ahead of it from a commercial standpoint. “It’s a pretty big bet on the future,” says Rob Campbell, owner of the building and a partner in the bar. He has a personal connection to the space, too — it used to be a Caribbean grocer when he was a kid, and his Jamaican parents would often take him there.

“I know it’s one of those long-term growth opportunities,” Campbell continues. “There’s good things that are happening for the future, but even right now there’s a lot of young families moving into the neighbourhood.”

The partners also see it as a good location for expansion. “That part [of the city] has been part of the libations district growth,” says Parlow. “There’s four breweries, there’s a distillery down the road — two distilleries, actually — so The MockingBird Cocktail Bar is smack in the middle of all that.”

The partners are putting in some updates before the lounge is ready to open, and while they’re still working out the details, they are also looking into expanding their food options next year.

Parlow says they’re also planning to hold regular theme nights, and though the bar has always played to an older crowd, they want grow their base of younger customers, too. “As the younger generation starts to get wind that there’s a place making genuine from-scratch cocktails, we will start to see [crowds skew] a little younger,” Parlow says.

If all this sounds like a lot of change, Parlow has also been certain to reassure his existing client base that really, it isn’t. They’re just growing and expanding, not trying to reinvent themselves. Bars and restaurants live and die on the atmosphere they nurture, not novelties like passwords and hidden doors.

“We don’t want to change anything,” Parlow says. “Everyone comments on the vibe — and that’s what we thrive off of.”