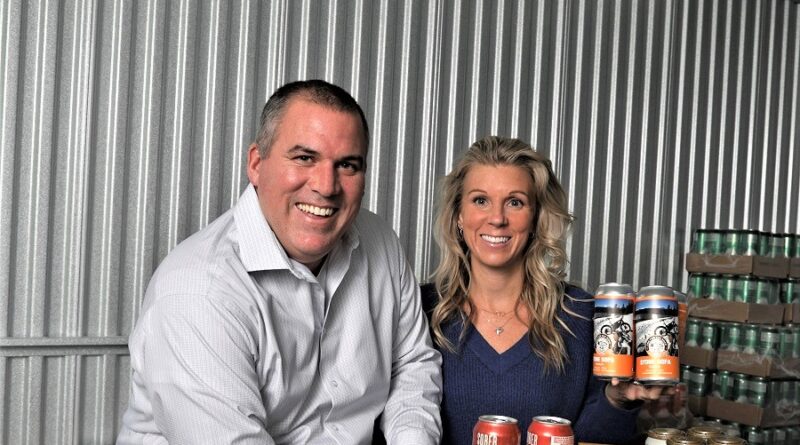 The alcohol-free beer market is bubbling, and an online store making it easy to find dozens of options is fizzing too

MIKE AND KRISTEN Norris’ entrepreneurial journey started in the grocery store, and its then sub-par product lineup of non-alcoholic (NA) beers.

“When I stopped drinking alcohol, I felt like I was only left with these macro-style beers,” Mike recalls. Grolsch 0.0, Labatt Blue 0.5%, Beck’s Non-Alcoholic — fine, for what they are, he says, but for a craft beer guy like him they really weren’t lighting any fires.

Mike had given up drinking years earlier but hadn’t found much of a substitute for his beloved beers. And you can only drink so many Diet Cokes before your stomach (or your teeth) start calling mercy.

“Between the caffeine and needing to pee, I was like — this sucks,” he laughs. “I tried the Heineken 0.0, and that was pretty new to the market at the time. That sort of triggered the journey.”

One of the first hurdles that new NA beer drinkers often encounter — and indeed, the one that Mike ran into — comes when they start trying to sample the market. Nothing like the build-your-own pack of singles you can get from The Beer Store or the LCBO exists for near-beers. New NA brands like Partake and Sober Carpenter were just starting to appear in grocery stores, but supply was often limited and it wasn’t unusual to find a store was out of stock.

“We aren’t governed by the LCBO’s rules, and with that comes a lot of freedom ― and the brewery owners recognize those benefits” ―Mike Norris

“I was having to go to two or three different stores to stock up for the weekend,” Mike says.

In early 2022, after an idea born over discussion at Christmas dinner, he and Kristen set out to change this. Designated Drinks would be a business that would stock a wide variety of non-alcoholic singles, selling them individually or as part of sampler packs, with delivery available province-wide.

Even before devising an inventory plan, they set about reaching out to breweries they knew were producing NA beers. “They were on board right away,” Kristen says. 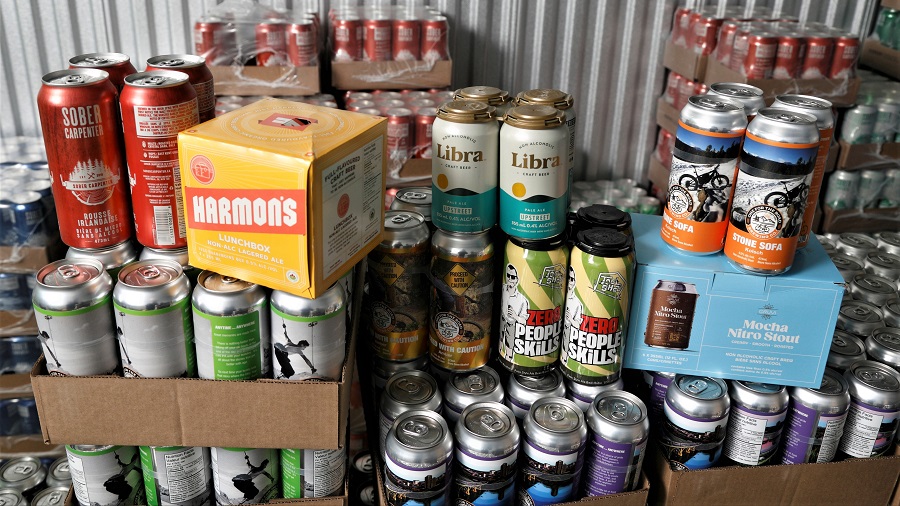 With some initial inventory in hand, they ran a few ads on social media, “just to put some feelers out there — and it exploded,” she continues. “Within a week, our living room was full of empty boxes, because we were trying to source this stuff from all over.

“It was very ironic. We started the business because it was hard to find, and suddenly we were scrambling.”

“I didn’t realize it was that popular,” Mike adds. “We had no idea.”

Their appeal as a distributor makes sense. Brewers are often hemmed in by regulations in terms of marketing distribution. “It’s sort of an unconventional way to distribute it,” Mike notes, but adds because it is a non-alcoholic product, they can do a lot more marketing.

“We aren’t governed by the LCBO’s rules, and with that comes a lot of freedom — and the brewery owners recognize those benefits.”

And many were incredibly eager to get on board. “We would send out the emails to the breweries, and we’d hear back the same day,” Kristen says.

At the same time, it’s clear that Mike and Kristen are ­running on more than a shrewd calculation about distribution. They are, through and through, believers in NA beer and the growing market for it.

Just about everywhere globally, alcoholic beer sales are stagnating, while non-alc is having its moment. Watch any Formula One race or major sporting event, and often the biggest ad buys are for NA beers made by major brewers like Heineken. Go to one of these events, and increasingly you’ll see those beers in the hands of spectators.

And if you ask Mike and Kristen, it’s just the beginning of a broader social reconsideration of beer.

“Every month is busier,” Kristen says. Mike has been able to make this his full-time job, and they’ve upgraded from working out of their garage to warehouse space. Their repeat customer rate is around 40 per cent, and earlier this year they were approached by Bell Media to work on an anti-drunk driving campaign called ‘The Switch.’ They now stock around 50 different beers from 17 different breweries.

If there is one area where they’ve found it a bit tougher, it’s in the bar and restaurant world, where owners have been more reluctant to list NA beer on the menu. Their goal is to get restaurants to offer a branded Designated Drinks menu, but “some are very resistant,” Kristen says. “They just don’t believe that anyone would want it.”

As objections go, that’s nothing new. People have always heard “non-alcoholic beer” and asked, “what’s the point?” But even over the course of the last year, that’s changed, Mike says. People get it now. The questions have slowed down, and the excitement in the industry has accelerated.

“It’s a fun world to be in,” Mike says. “Really positive. The energy is awesome.”