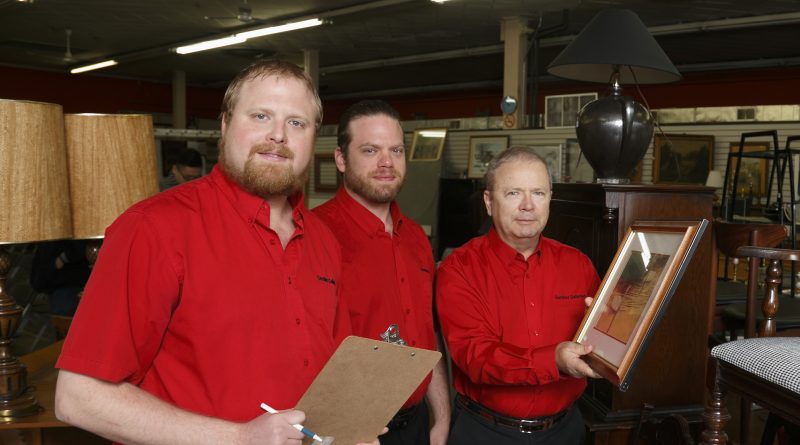 GRANT GARDNER REMEMBERS the late 1990s well. At the time, his industry—the auction industry—was undergoing radical transformation. With new technologies, new platforms and changing consumer tastes, traditional auction houses were fast disappearing and online auctioneers were filling the void. Whereas in the 1970s the Saturday edition of The London Free Press would have two to three full pages of auction advertising, early in the new millennium there might be an eighth of a page devoted to such ads.

“The old business models were changing,” recalls Gardner, president of Gardner Galleries Estate & Fine Art Auctioneers, a family business established by Gardner’s grandfather, George, in 1922. “Those who did not change disappeared.”

So change they did. For the better part of the next 10 years, Gardner Galleries worked to meet the demands of a new digital landscape, and by 2011, the business had developed its own custom in-house software to handle all cataloguing, billing, bidding, email notifications and registrations for both live and online auctions. Those functions were then integrated into their website and made compatible with mobile devices.

“It was extremely costly—only the large international auction houses usually have the resources to do so,” says Gardner, adding that most small and regional auctioneers opt for off-the-shelf programming systems.

“The addition of online sales may not increase sales and, in turn, commission earned, but it is certain without an online presence, an auction house will not survive” –Grant Gardner

The investment, however, proved to be game-changer. With customers from near and far now being able to view and bid on items from home, and to view several auctions at the same time, the Gardner Galleries business model was rapidly changing. In 2005, online sales represented 20 per cent of gross sales. By 2011, that number had reached 50 per cent, and Gardner expects it to reach 65 per cent in 2017.

With the migration to online activity, the firm’s bricks-and-mortar requirements changed, too. In 2014, Gardner closed and sold a downtown location at 186 York Street, a building it was headquartered from for over 40 years, and consolidated operations into a second, smaller location at 407 Hamilton Road, where live auctions are held. “We felt then, as today, that some categories of goods sell better online, and others live,” notes Gardner.

But be it live or virtual, Gardner stresses that auction house revenue is totally dependent on the quality of goods consigned. “The addition of online sales may not increase sales and, in turn, commission earned, but it is certain without an online presence, an auction house will not survive.”

Interestingly, the shift to online auctioneering has also had a positive impact on staffing. “Before the internet, a staff of five was moving furniture, unpacking, sorting, cataloguing, setting up sales and cleaning for an average 30 to 40 auctions a year,” says Gardner. “Now, in addition to those duties, there are things like emails, shipping and photography, and the number of sales has grown to more than 100 a year, resulting in a staff now numbering 12.”

Among the staff are third-generation family members, sons Mark and James. Mark handles the weekly live auctions, while James specializes in fine art, including online sales. And mother and wife Elizabeth holds one of the most important roles, says Gardner. “She ensures buyers are notified—and are settling their accounts.”

Gardner joined his father, Jason, in the business in 1975, and subsequently changed the direction of Gardner Galleries from a general auction company to one specializing in fine art and estate items. And for Gardner, the art side of the business remains the most fascinating and engaging.

“It is not very often that a chair or rug exceed expectations, but every painting is different and has the potential to surprise,” he explains. “In 2009, an oil by Florence Carlyle was consigned for sale. At that time, the highest price ever received for one of her paintings was $25,000. This one sold for $115,000.”

According to Gardner, the move to online auctioneering has also broadened his customer demographic. Prior to developing internet sales, 90 per cent of revenue came from sales to clients in London region. Today, it is 50 per cent local, 25 per cent provincial and 25 national and international.

What technology does not do for the business, stresses Gardner, is source and secure items for auction. “Most consignments are the result of 95 years of continuous service, trusted relationships and a track record of thousands of successful sales,” he says.

And while the move to integrate new technologies has changed the business significantly, one of the biggest challenges is reaching the digitally native consumer under 35 years of age. “Most never consider auctions as a place to buy or sell. But once they are exposed to the quality, price and variety of items at auction, they are usually hooked for life,” he explains.

In the end, while competition from sites like Kijiji, eBay and other online venues do entice people to sell their own items, Gardner’s perspective on the business remains pretty much unaffected. “What will never change is knowledge,” he says. “An auctioneer is not just someone who talks fast. It is being able to recognize items of value and, in turn, find a willing buyer. And though auctions have changed drastically with the advent of new technology, the basic premises since the time of the Roman Empire of bringing buyers and sellers together will endure.”