AN INDEPENDENT CONSULTANT hired by the city planning department has performed a market analysis and recommends removing the cap on square footage set aside for retail stores and restaurants in the so-called enterprise corridor along Wonderland Road South.

The enterprise corridor was created as part of the 2012 Southwest Area Plan, and includes a 100,000-square-metre cap on the amount of commercial development along Wonderland Road between Southdale Road and Hamlin Street. The problem? That full amount was snapped up by a few firms: roughly 20 per cent by pre-existing shops; about 60 per cent by York Developments (including land for the new Lowe’s outlet at 3375 Wonderland Road South); and the remainder gobbled up by two firms.

In referring to the resulting development quagmire, Mayor Matt Brown told CTV News, “It creates all kinds of gaps which really are not attractive in terms of the way you plan a city. There was an unintended consequence related to that cap that was placed on by last council. I think it’s really time to let the market decide.”

Last June, council rejected the mayor’s push to increase the amount of square footage under the cap, voting instead to send the issue back to staff, with several councillors expressing concern that the Wonderland enterprise corridor could lure existing stores and businesses away from other parts of the city, particularly the core.

The independent consultant hired by the planning department now recommends removing the cap altogether. It’s expected the planning committee will hold a public participation meeting and debate the limit sometime in March.

Housing sales cool off in January

THE LONDON AND St. Thomas Association of Realtors (LSTAR) announced 400 homes were sold in January, down 28.8% over the same period last year, which holds the record for best January results since LSTAR began tracking sales data in 1978.

“When you take a look at the last 10 years, these results are right in line with the activity we expect in January,” says Nethercott. “One of the areas affecting home sales is low inventory. There were 623 new home listings, down 31.8% from last January, and there were 1,020 active listings, down 27.7% from this time last year.”

“One of the other factors impacting home sales was weather, with the region experiencing harsher winter conditions compared to last January,” Nethercott says. “We also have to consider the tighter mortgage regulations that took effect on January 1. In the coming months, it’ll be interesting to see what impact this may have on monthly sales activity, here, in our local communities and throughout Canada.”

Since its founding in 1979, the dealership had stood on Oxford Street, just west of Wonderland Road.

In 2015, Bennett purchased the 11-acre site on Hyde Park Road, just south of Crossings Pub & Eatery, and construction began in late 2016. The new dealership is comprised of three buildings: a 42,000-square-foot main showroom; a 17,000-square-foot body shop; and a 12,000-square-foot storage facility.

The showroom is home to Dodge, Chrysler, Jeep and Ram vehicles, and also includes a separate section dedicated to Fiat, which is part of the corporate family known as Fiat Chrysler Automobiles (FCA).

In addition to more than doubling its showroom floor, the new Oxford Dodge locations features 30 service bays with ample ceiling height to accommodate work on light- and medium-duty trucks, which has become a substantial part of the dealership’s service business.

ROBARTS CLINICAL TRIALS Inc. (RCTI) announced that it has entered into an agreement with Western’s Robarts Research Institute at the Schulich School of Medicine and Dentistry to spin off and operate independently under a unique, social enterprise structure that will engage in the development, support and promotion of human health.

RCTI will become a for-profit corporation owned and operated by a trust, but will operate like a non-profit, reinvesting revenue back into the business and academic research.

As a specialized global research organization, RCTI will remain focused on delivering high-value research and randomized clinical trials that assess issues of importance to human health. RCTI will continue to operate under its current name as it seeks to expand its position in the competitive contract research industry.

“This is a historic day for Western, RCTI and the community of London,” says Jeff Smith, CEO, Robarts Clinical Trials Inc. “Over its 30-year history as a research organization, RCTI has delivered important research that has transformed human health, attracted world-class researchers to London, created desirable employment opportunities and generated significant economic impact each year in the city of London. We remain committed to upholding this enduring legacy and are now well positioned to grow our organization as we continue to anticipate the needs of our valued customers as they develop new life changing therapies with the support of our services.”

“We are extremely proud that Robarts Clinical Trials was founded at Western and has developed into a leading, international organization in its field,” adds John Capone, vice-president (research), Western University. “It is a natural next step for Robarts Clinical Trials to become its own entity, demonstrating the strong culture of innovation, entrepreneurialism and commercialization that exists at Western.”

RCTI has approximately 200 employees, including 150 in London. Two years ago, the company moved into a new headquarters on the second floor of the office building at 100 Dundas Street. The company also has offices in San Diego and Amsterdam, and additional staff in the U.K., Hungary and Germany.

Jackson, who placed in the top five of 2018 Top 50 Advisors, says his success is very much a team effort.

“By far the proudest moment of my career was when the JMRD Wealth Management Team won the 2013 National Award for Wealth Management Excellence at National Bank Financial,” Jackson told Wealth Professional Canada. “Our business is not about individuals, and no single advisor can provide all the areas of expertise that clients want and demand in today’s competitive landscape.”

In Jackson’s opinion, providing a full spectrum of financial services, including ones that cater specifically to millennials, is the biggest challenge facing advisors today.

“I fully expect to be working as a financial advisor in 10 years, but my job description and the products and services being offered may look very different,” he says. Tomorrow’s client will be completely different and will be asking for and expecting far more. Millennials are reshaping how we think about the future, and their preferences and demands will dictate our industry significantly.”

Similarly, Brown says the greatest transfer of wealth in Canada’s history will take place over the next two decades, which means forward-thinking advisors are already adding millennial clients.

“Over the past year, I have been asked by five of my clients to connect with their millennial-aged children to help them get started on the right financial path,” she says. Looking to 2018, Brown has targeted 15 per cent growth in both AUM and net revenue over the coming year. 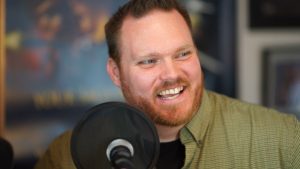 Crowdfunding: Why, How and Everything in Between, March 25, 2018

Filmmaker and crowdfunding specialist Rob McCallum covers everything from generating the right crowdfunding ideas to orchestrating your best chance at success.