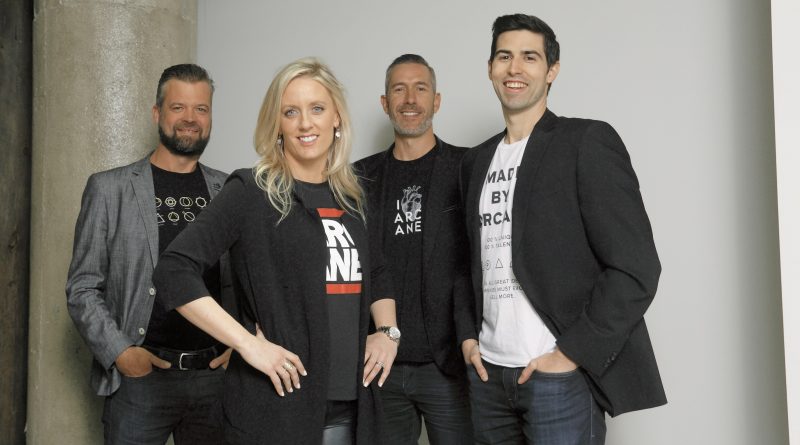 As a company moves to the next stage, change management becomes a major challenge. Here’s how Arcane (and Start.ca and Zucora, too!) created a ­roadmap for transition

CHANGE ISN’T A four-letter word, but in many organizations, it might as well be. However it happens and in whatever form it takes, change often is as unwelcome as an audit. Or a team-building weekend.

It’s easy to understand people’s resistance to change. We spend a lot of our lives trying to get comfortable, at work and at home. Change is the opposite of comfort, pushing us into situations we might otherwise avoid.

Change can highlight how little control many of us have over countless factors in our lives. Typically, a small group implements change that affects a much larger group. The intentions often are good, as the end results may well be. But that doesn’t eliminate the discomfiture so many feel during the process.

Change is inevitable. We’re on a planet spinning in a universe that’s constantly expanding, creating new planets and galaxies beyond our observation and understanding. So, change is baked into our existence, whether it’s a collapsing sun creating a black hole or Phil in accounting taking early retirement and ruining the lunchtime euchre game.

Change, then, becomes something to manage, not to wish away or avoid.

By all accounts, there is no lunchtime euchre game at Arcane. But given the company’s name and culture of holding its cards very close to its corporate vest, it can’t be ruled out. 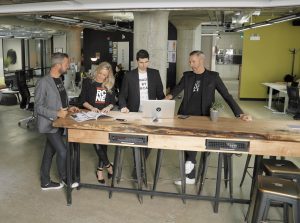 What is more certain is that roughly two years ago, co-founders Eric Vardon and John D’Orsay started thinking about what the next phase of their company might look like. When they started in March, 2011, they had their hands in everything, with D’Orsay writing code and Vardon drumming up clients.

“You can call it a seven-year itch, but we really started thinking about this a while ago,” says Vardon.

“We asked ourselves where we were going to find the new ideas to propel the company forward. Do we have what it takes? The idea of rolling out a new process didn’t get us excited, and that’s when we decided it was time to look at a new structure, a new management group to look after the day-to-day running of the business.”

Many an entrepreneur has blanched at this point. Giving up control of something you created and nurtured is like moving your kid into residence at an out-of-town school. You have to trust others with something you love; you have to allow for growth and development you didn’t see coming.

“Tony has always preached sustainability,” Vardon says, referring to Tony Crncich, one of four owners of the company. (In addition to Vardon, D’Orsay and Crncich, there’s Bryan Taylor, based in Toronto.) “He’s done this before and talks about what it means if you’re not there tomorrow, for some reason.”

With that in mind, and simply to manage the growth, Arcane made two significant hires in 2015. That spring, Dave Bunce came on board with a mandate to “clean up finance.” A CA by training, he created a finance department where none had existed and started to, “bridge our product to results,” Vardon says.

Later that year, Arcane made a similar move to get its HR function under control. “We were doing zero HR and onboarding,” Vardon recalls. Three weeks before Christmas, Lindsay Schneider joined the company to create and head up the new HR department.

Lambeth Leap: At Start.ca, stepping back meant doubling up

If that’s as far as it went, the two moves would have been seismic in the Arcane world. But it quickly went further, as Bunce and Schneider began working closely with Vardon and D’Orsay, making strategic decisions and implementing new approaches to shape growth and expansion. The new policies and directions still had Vardon’s imprimatur, but increasingly they represented the thinking and innovation of Bunce and Schneider.

“We spent a lot of time together, the three of us, implementing changes across the organization,” Vardon recalls. “We had a great relationship over the last two years and, particularly in the last six to eight months, Lindsay and Dave were taking more responsibility.”

And so, when Vardon and D’Orsay decided it was time to formally change the structure, handing over the day-to-day reins, they didn’t have to look far for the perfect candidates.

“We looked externally, but we were partly where we wanted to be already,” Vardon says. “In a sense, we had already made the transition, without making it a formality.” 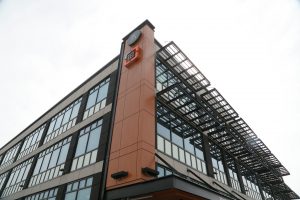 Last month, they made it a formality, installing Schneider as the new CEO and Bunce as the new COO.

Vardon and D’Orsay aren’t going anywhere, but their attention will be more focused on the bigger picture. Vardon will continue as president, D’Orsay as chief technical officer, working with Bunce on the next phase of Arcane’s development. And they’ll both continue working with Room Roster, which occupies the ground floor of the three-storey downtown Cube office space.

Building on her HR work, Schneider has a clear goal for the next five years. “My personal mission is to make Arcane one of Canada’s top employers. I want people working here to feel we’ve added value and had an impact on their career, a legacy for each person.”

Bunce’s vision is not as easily encapsulated, in part because he’s cagey about revealing the coming strategic direction. But he’s no less committed to change than Schneider. “We’re going to become a leader in the marketing technology space. We’ll continue offering many of the same services to our clients, but the individual tactics will change.”

New technology, he says, “will change how we sell and quote and how we deliver services.” Reading between the lines, it appears Arcane will emphasize—and possibly commercialize—some of the technology it uses.

“We build so much custom software, and that often goes unnoticed,” Vardon says.

Stripping away the Silicon Valley speak, it seems Arcane has organized itself to move seamlessly into its next phase. And that next phase will empower its people to do great things with the technology they’re creating. “We want the technology to free up people to be strategic thinkers, so they do more than just execute,” says Vardon.

Seven years in, with 90 employees and a roster of loyal clients, Arcane reached an inflection point. Its founders had to decide how best to serve the company. Now that they’ve stepped back to some degree, Arcane has a new management team and a more buttoned-down operating structure. It’s ready for the next seven years.

To read more about the changes at Arcane and the business of transition management, check out Christopher Clark’s blog at www.christopherclarkwriter.com/blog