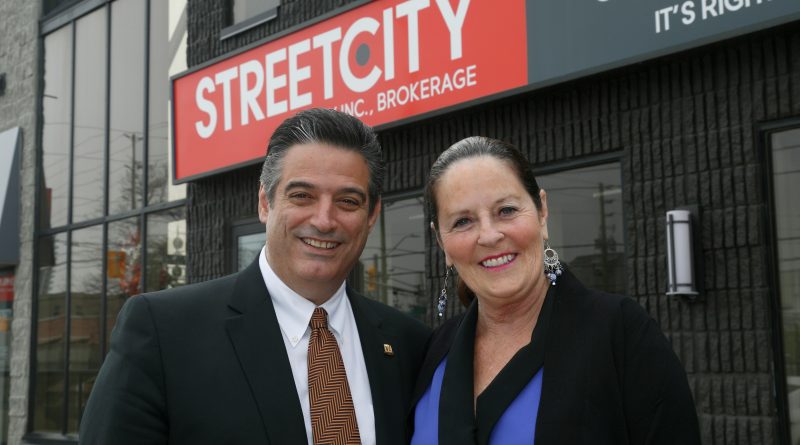 IN THE CUT-THROAT world of real estate, Costa Poulopoulos and Mary Johnson have built their success by helping other realtors get ahead.

“There’s enough business in this city, or any market, for everybody to make money. You do not have to hurt the person next to you to succeed,” Poulopoulos says. It’s a philosophy that served the duo well as they grew their former brokerage, Realty Executive Elite, from a team of two to 122 agents.

In 2016, the husband and wife team—who are often simply referred to as Costa and Mary—were offered an opportunity to partner with Toronto’s Peerage Realty Partners to create something new.

They rebranded as StreetCity Realty Inc. Brokerage, launching with offices in London and Thunder Bay.

Peerage Realty warned the couple that they would lose between 10 to 15 per cent of their existing agents during the transition. But when the switch was made, every single agent made the move to the new brand. “We were so worried,” Johnson recalls. “But within the first week we actually hired five new agents.”

Today, StreetCity has 185 agents working out of 11 branch offices in communities across Ontario, including Kingston, Hamilton, Sarnia, Bayfield and Sault Ste. Marie. Poulopoulos and Johnson are currently exploring opportunities to expand into Toronto, Ottawa and Barrie. Ultimately, they hope to take StreetCity Realty from coast to coast.

StreetCity’s contemporary orange and grey ­signage is not the only thing that sets the firm apart from others in the industry. While most large brokerages operate as a franchise, StreetCity is an independent corporation with one head office located in London.

“A franchise is only as strong as the broker-­operator who owns it,” Poulopoulos notes. “As a corporation, we can introduce new services, new technologies and new advertising campaigns across the entire network.”

StreetCity has grown organically, he explains, based on the talent available in each community.

The couple seeks out branch managers who share their approach to doing business. “They are leaders in the ­community. They are leaders in organized real estate. They believe in training and have consistently helped out other realtors in the past,” Poulopoulos says. “They have to fit our culture.” 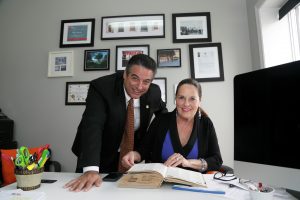 At StreetCity, the focus is on supporting agents through ongoing education, administrative support and mentorship. In addition to offering structured training, agents have 24/7 access to members of the leadership team.

“Everybody here helps each other,” says Poulopoulos. “When we say you will never be alone in your real estate career we mean it. That’s our gospel.”

The commitment to maintaining a strong company culture means that not everyone is cut out to be a StreetCity agent. “We have said no numerous times,” Poulopoulos says. “It can be difficult, but if we know it’s not a good fit we have to be totally upfront.”

And while the average Canadian realtor is in their mid- to late-50s, the couple is proud to note that StreetCity is attracting many agents aged 35 and under. “That millennial group is really plugged in,” says Poulopoulos. “They work very well with our veteran agents. It creates a great team atmosphere.”