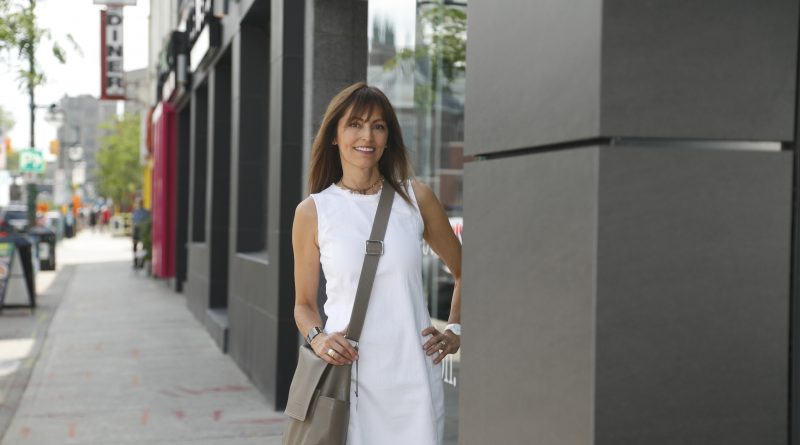 Creating multipurpose bags that go from the office to the playground with style, Ooobaby looks to expand its retailer network

TULIN SALLABANK KNEW she had a good idea. Every week, someone would confirm her intuition by asking about the bag she was carrying.

But as many an entrepreneur has learned, the path from great idea to product launch to actual sales is rarely straight and never smooth.

Sallabank and husband, Peter, adopted their daughter, Shia, in early 2011. It wasn’t the first thing on her to-do list, but early on Sallabank realized the range of baby bag options wasn’t great.

She took a leave from her job selling real estate but wanted a bag that would hold a laptop and ­contracts, as well as diapers, bottles and wet wipes. “I looked for a while and then decided to design my own.”

What today is called the Urban Bag, as stylish as it is functional, began as a prototype in late 2011, when Sallabank founded her company, Ooobaby.

“People liked it and asked me where I got it, so I started looking for a manufacturer,” says Sallabank.

That process turned out to be more challenging than finding an affordable, one-storey home, fully renovated and affordably priced in the right neighbourhood. In other words, almost impossible.

“There were moments when I wondered why this was so hard to do, but I’ve always been in sales, and you just can’t give up” —Tulin Sallabank

“But he fell ill and closed,” Sallabank explains. “We found another person in England, who also closed. It was getting frustrating, but then the initial contact in England sent us to someone in Italy, which finally worked out.”

That process took more than four years, during which she occasionally wondered why she was pushing so hard to make it happen. She had solved her own bag problem, was back to selling real estate and had a wonderful daughter. So why continue pushing the boulder up the hill?

“There were moments when I ­wondered why this was so hard to do, but I’ve always been in sales, and you just can’t give up.” Her perseverance was rewarded in December, 2016, when her first shipment arrived.

“It was such a heavy package, and when I opened it, I felt like a dream was being fulfilled in a way.”

The Urban Bag is made of tough but beautiful soft grained pebbled leather and comes in four colours. It has nooks, crannies and pouches to carry all the essentials for a busy mom, and retails for $448. Last month, Sallabank introduced the Urban Mini, a smaller, zippable bag for evenings and other times when the load is lighter. It sells for $228 and is made of the same beautiful leather.

The bags are available directly from her website and locally at Saffron Road, Little Labels Boutique and the OVer Collective. She has retailers in Toronto and Ottawa and is working to find new stores across Ontario and in Europe.

With each sale, the company also donates to World Vision, a charity her family has supported for many years.