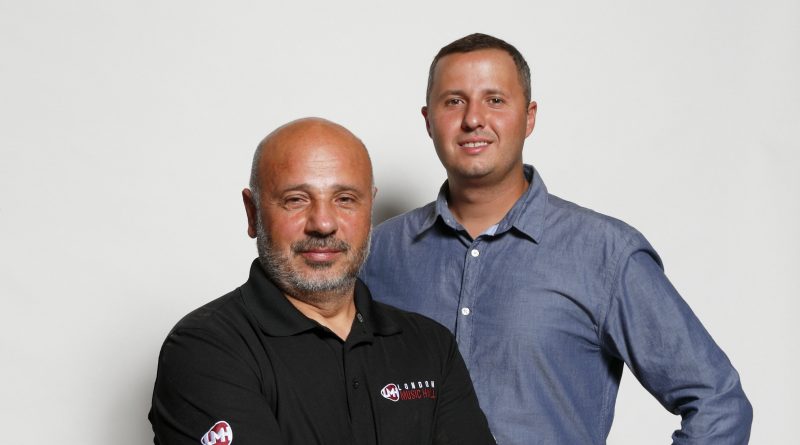 Armed with a vision, ambition and a million bucks, Mike Manuel
takes the London Music Hall to new heights

WITH ALL DUE respect to the Mavericks, the Grammy-winning, Miami-based band known for its kickass live shows, but when the group played the London Music Hall in November, Mike Manuel wasn’t really paying attention.

“Everyone else was facing one way, watching the band, enjoying the show, and I was staring the opposite way, looking up, suddenly having this fantastic idea. I sent an email to our architect late that night saying I wanted to talk with him first thing the next morning.”

Architect Myk Wasylko had received emails and messages like that before from Manuel. Since birthing the London Music Hall in 2004, the enthusiastic owner had expanded several times, pouring millions of dollars into both the city’s downtown and its music scene. Wasylko Architect Inc. had worked with him on every project.

“He said he would sit down with me in the morning,” Manuel says with a smile. “He’d read enough to know we were going to do this. The question was how?”

As the Mavericks were sleeping off the night before, Wasylko arrived early at the Music Hall, unsure of what to expect, but curious.

“I pointed up there,” Manuel says, looking high toward the rafters of his building, where the second and third floors housed Rum Runners. “It was closed off, but I asked why we couldn’t open it up and put in sloped seating for the main stage.”

The answer was that it could be done, but of course was going to be complicated. For starters, Manuel couldn’t pull a Massey Hall and just close down for two years to renovate. The shows had to go on, at least on the main stage, during construction. Rum Runners, with a capacity of about 400 and home to more than 120 dates a year, could close during construction. But it would have to come back in a renovated space.

And to open up the very top floor, structural walls had to come down. As anyone who watches HGTV knows full well, when you start removing structural walls, you end up with a much larger project that requires joists and support beams and money—lots of money. A fair bit of the roughly $1 million Manuel will end up spending on the project was for a 55-foot structural beam that spans the width of the building, supporting a combination of steel, wood and brick, the elements with which he is working.

Engineers Strik Baldinelli Moniz worked with Wasylko on the project.

“There are plenty of great theatres in town. We are a general admission room. We can put in seating and tables for certain events, but I never wanted to put in permanent theatre seating. That’s not who we are.”

Nothing really. He’s still not installing theatre seats. In fact, when a supplier sent him a sample seat early in the project, his shoulders slumped. It was a standard, padded, folding chair, as if ripped from the Festival Theatre in Stratford.

“There was no way I could put that in here,” Manuel recalls. “I asked if they could raise the seats so people would be perched on the fronts more. They said I was crazy. People would fall off.”

The solution came when the extended Manuel clan was in Las Vegas, primarily to support Manuel’s brother, Richard, and one of his sons, George, who were racing and trying to qualify for the Boston Marathon. He saw some casino stools and knew right away they would fit the bill. (Everyone came home happy: both men qualified for Boston.)

The sloped seating area, which will have a corporate naming deal in place when it opens this fall, will feature 15 rows of stools—about 225 in all—each with an industrial-looking black counter in front, where ­concert-goers can put their drinks. Best of all, the stools will swivel, so people leaving will walk behind everyone in the row. The raked design means they won’t block the view of the row behind either.

“He took me through early on and shared his vision,” recalls Brian Ohl, general manager of Budweiser Gardens. “I thought the stools were a great idea. Very innovative, like a lot of what Mike does.”

Most importantly, they maintained the vibe of the venue. From the stools, concert-goers will be able to have drinks delivered to them by ordering with their phone. Or they will be able to head over to exclusive bars on two levels next to the seating area.

All of that for roughly 30 per cent more per ticket. “It will be a premium experience, so we’ll be able to charge more for it.”

The total number of tickets won’t increase. There will be fewer general admission tickets, so the floor won’t be quite so crowded. But ticket holders in the new section will be able to head down to the floor at any time if they want to dance and get into the action before heading back to their stools.

“We’ll have more flexibility,” Manuel says. “And we’ll have to be careful with the mixture of tickets we sell, so we have people in both sections of the room. But we’ll figure that out as we go.”

The new configuration also requires some higher-tech sound equipment. Because the sloped seating pushes people back roughly twice as far away as the mezzanine and floor, the room will use a sophisticated audio delay system to ensure the sound and video match up properly in all parts of the venue.

During the last major expansion—another $1-million project that enlarged the main room and introduced 27-foot ceilings five years ago—Manuel discovered some practical constraints on further growth. At the time, he was bumping up against the limits of electricity and gas he could access downtown.

This time around, those concerns are largely gone. The gas supply was enhanced by tapping into a line under Richmond Street. The electricity limits are no longer a problem after the building switched to LED lights throughout, reducing hydro usage by nearly 40 per cent overall. Looking ahead as ever, Manuel notes one by-product of the oft-discussed flex street outside his front door will be greater electrical capacity.

“We don’t need it now, but who knows later?” he says cryptically.

The London Music Hall employs more than 80 people, a number that’s jumped by a third in the last two years. A handful of those people are family members—actual or virtual. Wife Vicki, and sons, Demetri, George and Richard, come and go looking after their parts of the operation. And for the last seven years, Jacky El-chaer as looked after a wide range of things that include promotion and social media.

There will be a grand opening of the new space, perhaps a week of headliner acts to kick things off. Planning is difficult, however, when the completion date keeps moving back. “I’m hoping for October or November,” Manuel says wryly. “Not December or January.”

Whenever it happens, it only seems fair to invite the Mavericks.