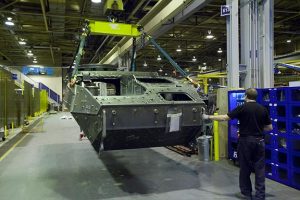 “The reductions are part of a normal cycle of work and the business structure requires that we make adjustments to take this into account.”

In 2014, GDLS-C, which employs about 2,000 people at its Oxford Street plant, landed a $15-billion deal with the federal government to build armoured vehicles for Saudi Arabia. A more recent deal is a $400-million contract signed in February 2017 to upgrade light armoured vehicles for the Canadian military.

Wilson-Hodge said the cuts have nothing to do with the potential for Canada to pull out of the arms deal with Saudi Arabia due to controversy over the death of Washington Post columnist Jamal Khashoggi.

In September, the defence manufacturer laid off 28 of its 60 temporary workers, largely from its engineering area. 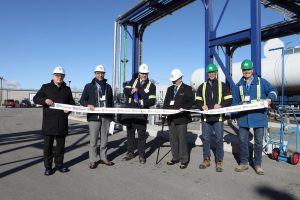 AIR LIQUIDE CANADA, a subsidiary of the Air Liquide Group, a world leader in gases, technologies and services for industry and health, officially opened its new carbon dioxide (CO2) recovery plant in Aylmer earlier this week.

This is the second such facility to be launched by Air Liquide in Ontario this year. With a capacity of 300-plus tons per day, the Aylmer CO2 recovery plant is authorized for the fabrication, testing, packaging and labeling of food and premium grade CO2 that is also FSSC (Food Safety System Certification) and NSF (National Sanitation Foundation) certified.

The new plant represents an investment of close to $30 million.

“Major industrial customers in Quebec and Ontario can now benefit from a strategically located, high-quality gas supply source,” said Ross Fuller, the firm’s vice-president, process industries. “This state-of-the-art facility is a significant investment in the local economy. Along with its sister Johnstown plant, the Aylmer CO2 recovery plant consolidates Air Liquide’s position for continued growth as a leading medical and industrial gas provider in Canada.”

Air Liquide has been operating in Ontario since 1913, and now employs 840 people in the province where it operates eight plants, 19 retail locations, 35 sleep clinics, 115 depots, its largest hard-goods distribution centre and a major liquid supply centre. 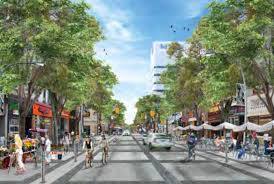 WITH WINTER LOOMING, construction crews are working extended hours to ensure Phase 1 of Dundas Place construction wraps up on schedule.

Plans call to have Phase 1 to be wrapped up by the time winter arrives, opening the flex street on Dundas from Ridout to Richmond streets.

The city’s manager of downtown projects and business relations, Jim Yanchula, told 980 CFPL he’s confident all will be done on time. “We will have Phase 1 done in 2018 and we’ll start Phase 2 in 2019,” said Yanchula.

Crews are focused on finishing up the necessities of Phase 1 — such as paving and concrete curing — before winter arrives.Phase 2 of construction, between Richmond and Clarence streets, will take place during next year’s construction season.

“If it turns out that we can’t plant trees because we’re too late in the year, that’s okay because we can plant those in the spring,” Yanchula said. “But we want it to be open for vehicle and pedestrian traffic by the time winter comes.”

The intersection of Dundas and Richmond streets will remain closed in all directions for the remainder of this year’s construction season. 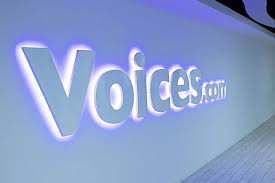 The award was presented at the International Council of Management Consulting Institute’s congress in Milan, Italy, and the project was also awarded the National Champion award for Canada.The International Constantinus Awards showcase excellence in consulting services worldwide. This is the first year that a Canadian project was submitted for consideration.

“BDC has been a great supporter of Voices.com for many years, so when we were faced with the strategic challenge of accelerating our already fast growth in a sustainable and achievable―yet aggressive―way, we knew that BDC would help our company really deliver on our vision,” said Voices.com CEO, David Ciccarelli.

“BDC and Glenn Yonemitsu, the lead on this project, have been invaluable partners to our organization and contributors to our significant achievements to date. We couldn’t be happier that their project with our company, along with their great consulting work, has been recognized by this prestigious organization and award.”

120 projects representing 20 countries were evaluated for the 2018 awards. Of the projects selected for the final round, three were from Canada, including the Voices.com project. Canada swept the podium with all the top awards, with “Voices.com’s Growth Journey” taking Gold and National Champion. TDV Global from Ottawa and Clearthink Group from Edmonton tied for Silver.

The Best Defence Conference is one of Canada’s must-attend defence and security events—bringing together Canadian and international companies to learn of Canadian defence procurement and supply chain opportunities as well as providing an intimate forum for networking between primes and small- and medium-sized enterprises and B2B, B2G & I2I meetings.