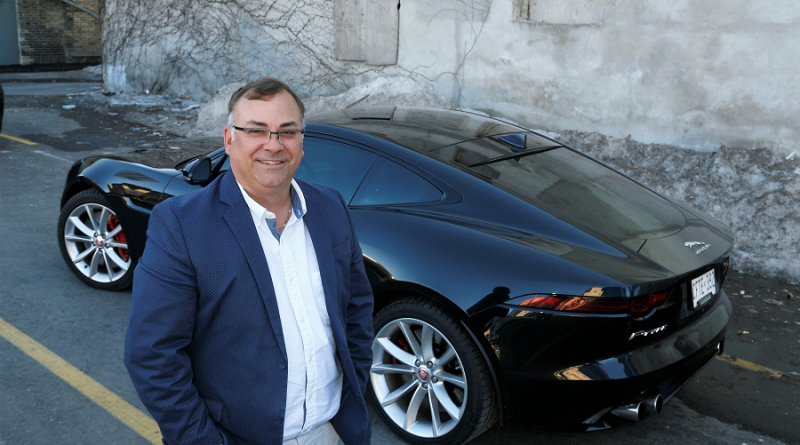 ABOVE ALL ELSE, it was the look of this car that attracted me. I find today that a lot of cars are ­beginning to look the same, and I think this is different than any other car on the road. This car has such nice lines—it looks like it’s moving when it’s standing still. It’s an exotic look, but it’s a very driveable car.

WHEN I THINK about what I really like about this car, I’ll often mention how I’ve come to really appreciate the air-­conditioned seats in the summer. But really, it’s all about stomping your foot down. That’s what makes this car particularly fun. It is spectacularly powerful.

SURPRISINGLY, FOR A two-seater coupe, it’s not the easiest car to park. There’s not a lot of backend to it, but that nose is quite long. It’s a little trickier to manoeuvre in tight spots than you think it might be. 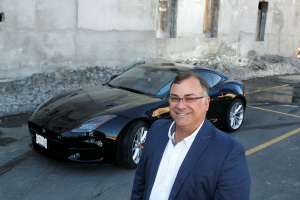 GENERALLY SPEAKING, I’M a pretty quiet guy. I think of this car as a bit of an alter ego.

I LOVE TO take it on the highway. I drive a fair bit on the 401 between here and Windsor, and everyone knows what a boring drive that is. This car tends to keep you awake.

WHEN JAGUAR INTRODUCED the E-Type in 1961, Enzo Ferrari called it the most beautiful car ever made. This is Jaguar’s second attempt at a two-seater, and I think visually they did a great job of capturing the feel of the original. It’s not hard to see the connection.

I THINK I’LL drive it for three years or so, but I have no idea what I’ll be into next. I’ve had sedans, sports cars, SUVs… it depends on what’s new and exciting at the time.