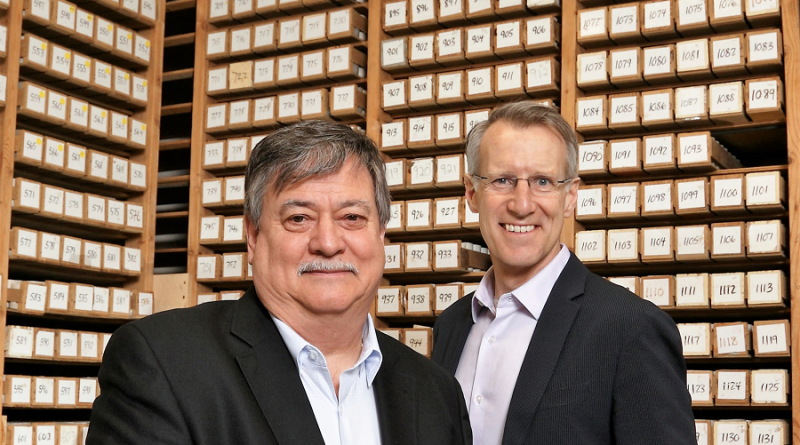 Already one of the country’s ­largest and best-known agri-food labs, A&L Canada Laboratories nurtures research, innovation and technology to take the next big step

THIS IS THE time of year when pool owners start dropping off water samples for analysis. There are tests for pH balance, chlorine levels, total alkalinity, calcium hardness and cyanuric acid. Saltwater pools can be checked with salt test strips; pools with algae issues can be checked for phosphate ­levels; other kits test for copper or iron content which can stain surfaces.

It’s a lot but easily managed with some basic tests at the pool centre.

Now, imagine instead of a backyard pool, you’re running an 800-acre farm, roughly the average size in Canada. Depending on your operation, you might have to test soil, plant tissue, manure, feed, water or fertilizer. If you’re further down the food chain, running a food processor, you must test for bacteria and fungi—everything from mould and yeast to various forms of Listeria and E. coli., along with a variety of other nasty items.

The stakes are considerably higher than a backyard pool, which may turn slightly green if things tip out of balance one weekend.

Farmers do some DIY testing, but most rely on their local co-op to run a gamut of soil tests. Given the complexity, co-ops typically use outside labs to do the work. For more than three decades, a London lab has performed those tests, sending results and recommendations back to farmers, through their local co-ops.

“We’re working with organizations in China, Australia, the U.K. and other places around the world. They’ve come to us. They’ve heard about what we’re doing” —Greg Patterson

A&L Canada Laboratories Inc. began as little more than a notion in the mid-1980s. A group of Alliston potato farmers went looking for a place to give them better analysis of their soil. They spoke to Greg Patterson, a London native who was selling seed for ag giant Cargill Canada.

“They needed a lab to do the chemistry required, so I designed it for them on the side,” Patterson recalls. “I had no intention of ­leaving Cargill.”

When the apple farmers heard what the potato farmers were doing, they jumped in, also in search of affordable, independent soil and crop analysis. Next in line were tomato farmers, and so on and so on.

“That’s when they offered me the job of running the lab,” Patterson says. “I told them right away, we needed to move it from the rented space in Brampton to something more permanent. We needed an acre where we could expand. The cost of an acre in Brampton was $500,000. The cost in London was $50,000, plus I’m from London. So, we built in London.”

Not all the original shareholders were interested in an expanded facility, so Patterson, his father George, and a nephew became the primary shareholders. They started with a handful of employees doing standard soil testing for a growing roster of farms.

Today, A&L employs 110 people at its Jetstream Road facility. It has moved beyond basic soil ­testing to become one of the country’s largest and best-known labs in agriculture, food processing and pharma. And that’s not even the exciting part.

In the last decade, A&L has developed ­proprietary technology and systems to conduct a wider range of more accurate tests. That includes drones and multi-spectral cameras of its own design that fly over fields and gather information. It also includes microbiology, a complex area of research into what plants need to be healthy.

Last year, CEO Patterson hired Nevin McDougall to replace him as president. Together, they are poised to push into new markets, ­offering microbiology solutions for farmers looking to increase yields while reducing the use of ­fertilizers and pesticides.

Patterson, 64, is something of a mad ­scientist, dreaming up new approaches and products. He talks excitedly about the plant microbiome, comparing it to the human gut, where countless microorganisms live and keep us healthy. In the plant world, much of that action takes place in the rhizosphere, a narrow band of soil where the roots live.

It’s not that Patterson is impractical; he has guided the company to its present-day success. But he comes alive discussing the promise of microorganisms to revolutionize agriculture. Imagine Steve Jobs on a farm, rather than on a stage in Silicon Valley. McDougall, 52, joined as a shareholder and will help commercialize many of the company’s inventions and breakthroughs. His job, in part, is to translate Patterson’s enthusiasm into products and processes.

“We’re on the brink of new innovations in ­biologicals, including an attenuated virus possibly by 2021,” McDougall says. “These things are beginning to be commercialized.”

An attenuated virus is a vaccine. In other words, one of many A&L projects on the cusp of coming to market is a crop vaccine. They’re still working on the application method, but imagine a scenario where the vaccine goes into the water feeding the crops, protecting against a range of blights in a simple, environmentally-friendly manner.

“Everything we’re doing is about sustainability, reducing a farm’s environmental footprint,” McDougall says.

It’s too simple to say Patterson is the dreamer while McDougall is the doer, but it hints at their respective roles.

“We have identified and isolated 4,500 organisms at this lab,” Patterson says. “And we know what they can do to help plants grow. Some stimulate soil growth, and some are nitrogen fixers. There’s a whole range.”

“Now we’re a technology company. We’re not just a lab. There is so much potential” —Nevin McDougall

The organisms are bacteria and fungi primarily. Think of a homeowner who introduces nematodes to a lawn to kill root-destroying grubs—an entirely natural way of promoting a healthy lawn. If a farmer could pick and choose among 4,500 “bugs”, as Patterson says, each of which delivered a specific ­outcome, that would indeed revolutionize agriculture.

“The human biome keeps us healthy, and it’s the same with plants. Understanding how microorganisms work in plants will help keep them healthy,” he says. “It works across all crops.”

That’s about as far as A&L has come. Or it may be as far as Patterson and McDougall are willing to discuss. The company is in talks with various potential partners to create and sell products based on its microbiology knowledge.

Will it strike licensing deals? “Maybe,” Patterson says, smiling. Will there ever be a product with the A&L name on it? “Maybe.” Could A&L ­partner with a large ag supplier to manufacture and distribute products and technology? “Maybe.”

The two men sit in an almost ­comically large boardroom as they discuss the future. Where one might expect a dozen seats around a table, there are three-times that number. But that’s because the boardroom is more often a classroom. The company runs seminars to explain its research and how it can help farms. “There’s a lot of education,” Patterson says.

It’s a sign of how significant its microbiology work is that the firm’s recent acquisition of a Health Canada licence to do cannabis analysis is almost a secondary topic. Like several labs, A&L is now certified to analyze finished products going to market.

“We’re also certified to test on the front end, too,” Patterson says. “The soil, the plants, just like any other crop.”

Having licences to do both is different. In fact, A&L has already identified a handful of diseases and pathogens. Among them: tomato bushy stunt virus and tobacco streak virus. “We’ve been working with greenhouse producers for years to identify and manage pest problems. It’s not surprising to find pest issues in cannabis production.”

The company’s cannabis lab is run by Patterson’s son, Daryl.

The A&L name came from the south of the border. When the company started, it was a franchise of a U.S. operation. The U.S. company is long gone, and now A&L Canada is filling the void by working with retailers and farmers around the world.

The company’s cutting-edge microbiology research was tested as part of an experimental farm in China. It deployed a variety of new techniques but did not finish its mandate for reasons unrelated to A&L. Still, the results were encouraging.

“We’re working with organizations in China, Australia, the U.K. and other places around the world,” Patterson says. “They’ve come to us. They’ve heard about what we’re doing. We started as an R&D company, and our technology innovations have driven our growth, particularly in the last 10 years. A decade ago we had about 20 employees. Five years ago, we had 60. Now we’re at 110.”

“Now we’re a technology company,” McDougall says. “We’re not just a lab. That was what attracted me to join last year. There is so much potential.”

With increasing attention on how our food is produced and what effect that process has on the environment, farmers and consumers are all looking for better ways of delivering fruits and vegetables to our tables. Farms are already high-tech operations, continually pushing yields while reducing the use of fertilizers, pesticides and water.

Those efforts could take a quantum leap if the A&L vision of microbiology becomes a reality. It’s a long way from some potato farmers looking for answers, but it’s very much related to what they started more than 30 years ago.