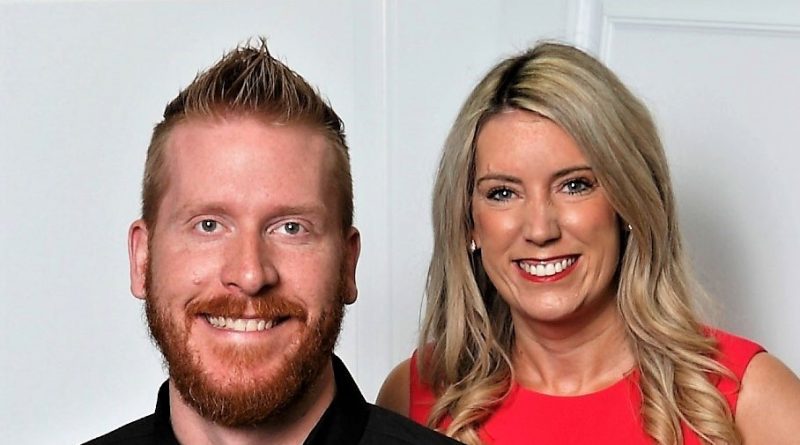 IT’S NOT A stretch to say the meteoric growth of Heritage Renovations Windows & Doors in the last three years would not have happened if Steve and Christine Baker didn’t miss their kids and grandkids so much.

Yes, there have been business plans and strategic initiatives, but none of it would have happened if the Bakers didn’t look across the kitchen table one day in 2015 and decide they wanted their ­thirtysomething kids to come home.

“We missed them. It’s that simple,” says Steve Baker, best known locally as the man who ran London International Airport until retiring in 2012. “I know so many people in London whose kids have moved away. We just decided if there was anything we could do to get the kids back here, we would do it.”

The thing to do was to find a business opportunity that could become a family business, something both kids could own and run, with their father’s assistance and countenance as needed. With the help of long-time friend and mentor, Gabe Valente, Baker found Heritage Renovations, a small but successful business that had been ­simmering nicely since 1990. It had a loyal ­clientele, which it served from a 5,000-square-foot facility on Wonderland Road South.

“We didn’t want a franchise. We wanted something we could build up and grow. Gabe suggested Heritage. All the infrastructure was in place. The operators had reached the level they wanted to reach and were looking to sell.”

So, he pitched it to his kids—daughter Shannon Ruffell and son James Baker.

When the Bakers offered to buy the business, it had seven employees. Today, there are nearly 30, a number sure to increase when Heritage moves to its new, 25,000-square-foot location this month

For James Baker, the idea was a slam-dunk, and not just because he is six-foot-nine. He was in B.C., where he had worked mostly in general construction for the previous eight years. “I had been wondering how I could get back home,” he says. When his father pitched Heritage, he and wife, Tamara—who works at Heritage as well—couldn’t pack quickly enough.

The decision was more complicated for Ruffell. She was living in Oakville with husband, Brett. She could hop in the car and scratch the family itch rather easily. She also had a job she loved, doing HR for Latham Pool Products. It was going so well, in fact, that the company had offered her a job as vice-president, working in New York.

“I had an exciting career and a great offer,” she recalls. “Both opportunities came at the same time, and I really had to make a choice.”

The deciding factor was the business. She loved the idea of being close to family once again. “But I also wanted to do something entrepreneurial. Without that opportunity, I’m not sure I would have come back.”

Since it sold its first door, Heritage Renovations has specialized in offering higher quality ­windows and doors for renovations and upgrades. Other, bigger players can sell in bulk to developers building hundreds of houses in suburban ­subdivisions. Homeowners who want a better designed, more efficient window or door find Heritage and navigate its crowded showroom. That’s not to say Heritage doesn’t do big projects. It recently supplied more than 300 windows to a condo ­corporation that was upgrading all its units. Same thing with another complex that bought 100 doors.

When the Bakers offered to buy the business, it had seven employees. Today, there are nearly 30, a number sure to increase when Heritage moves to its new, 25,000-square-foot location this month. The new location will feature a showroom nearly the size of the entire business footprint in 2016. 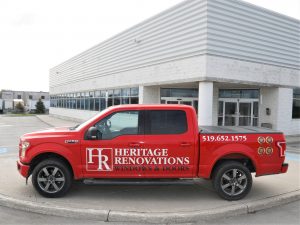 Almost from the first day, the new owners fostered growth. The siblings are big sports fans—watching, playing and coaching—so they consider it a compliment to compare their approach to the oft-discussed Moneyball approach in baseball. “We use metrics to make decisions,” Ruffell says. “That’s what we started doing right away, and it has been very successful.”

Heritage doesn’t manufacture anything. Instead, it deals with eight primary brands of windows and doors. “The best of the best,” she says. “Nothing builder grade.”

Couple that with an installation experience designed to wow customers, and you create enough growth to justify a new home featuring a 3,500-square-foot showroom, the biggest in Southwestern Ontario, with more than 100 full-size door and window displays. The old location had 20 displays, even after the siblings increased the total business footprint to 10,000 square feet and then to 15,000 square feet. “There was no more room to grow,” James Baker says. “We had to find a new home.”

One initial boost was the Green Ontario Fund that offered rebates of as much as $5,000 to homeowners who installed more energy-efficient doors and windows. Heritage registered immediately and enjoyed a significant boost in sales. Shortly after it was elected, the Conservative government cancelled the program.

Put simply, Heritage does what it takes to hire and keep top-notch installers. It hires them in pairs if that’s what they want. It hires fathers and sons, siblings and cousins, all in the name of delivering the best installation and service experience in the business

“It was a great program and we sold a lot of windows and doors because of it,” Baker says. “But we exceeded those sales the following year, even when the program was cancelled.”

Selling the very best brands and ­featuring new technology like bi-fold patio doors and blinds embedded between windowpanes—that’s easy to understand, if not to execute. Among its chosen brands are Laflamme, Gentek, Northstar and Dashwood. But it turns out the real secret sauce at Heritage is its installation operation. Every morning, Baker arrives at work by 6 a.m. to get things ready for the ­company’s installation crews. How many are there? That’s one of many secrets they will not divulge.

Put simply, Heritage does what it takes to hire and keep top-notch installers. It hires them in pairs if that’s what they want. It hires fathers and sons, siblings and cousins, all in the name of delivering the best installation and service experience in the business. In this case, they ignore a central tenet of Moneyball by signing the best free agents and doing everything they can—short of Kawhi Leonard levels of compensation—to retain them.

Baker isn’t just there at 6 a.m. ­printing out invoices. He’s there to problem-solve for his crews. “We deal with things one-on-one. It’s important to remember we build nothing here. What we do is installation, and that starts with our team.”

There’s a reason Lowes and Home Depot open before sunrise on weekdays. Contractors swing by to pick supplies on their way to a job. Not the Heritage installers.

“A lot of companies will tell their installers to pick up things they need on the way, to problem solve on their own,” Baker says. “We are different. We do everything we can to make sure they have the best day they can, which means having their supplies here ready to go. It means going to the jobsite to answer questions and solve problems.”

“Installers approach us because of our reputation, Ruffell adds. “We only hire the best, and we make sure to keep them.” 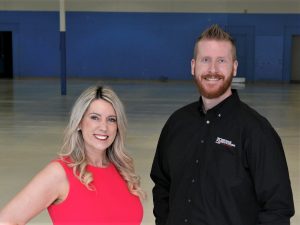 Just as importantly, because of the volume of business it does, Heritage employs installers year-round. There are no seasonal layoffs.

While Baker manages operations, Ruffell takes care of most of the rest: finances, HR, sales and marketing. Since they began in 2016, neither of them has taken more than two ­consecutive days off work, maternity leave aside. Both have daughters ages seven and five; Ruffell also has a ­toddler son. So, it stands to reason they won’t keep up this pace forever. But it’s been what’s needed to supercharge the existing business and to write the next chapter: its new location.

In addition to the giant showroom, the new location on Exeter Road will have another feature they have looked forward to enjoying for some time: ­separate offices.

As space at the former location dwindled, brother and sister ­eventually moved into one, medium-sized office. Repeating a well-used anecdote, Ruffell says they never shared a ­bedroom growing up, but 30 years later they ended up sharing an office.

Father Steve, 65, will continue to have an office, but he will continue his largely hands-off approach—he didn’t put this plan in motion to create another full-time job for himself. He and Christine revel in their time with the grandkids. They also spend winters in Florida and big parts of summer at their cottage.

“My role is very minimal now. James and Shannon are running it 95 per cent.”

In keeping with their motivation of coming home and being part of the community, they support Habitat for Humanity and Toys for Tots, among other charities. They not only support local sports teams, they coach them. And Ruffell mentors women ­business students through her sorority at Western.

“We’re making sure we are directly connected to our customers and to the community at large,” Baker says. If that means acting on a customer’s suggestion or appeal, they do it.

As master plans go, this one gets high marks, not just from the company’s growing roster of happy customers, but also from its architect—a proud father who wanted to see more of his kids.