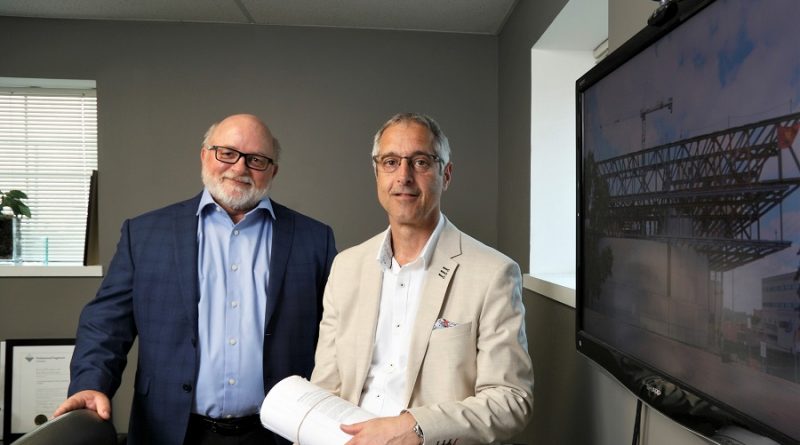 Conceived on a fairway stroll, a structural engineering firm marks 25 years of creativity and cost savings

IN THE SAME way that Amazon famously began in Jeff Bezos’ garage and Nike started with founder Phil Knight selling Japanese sneakers from the trunk of his car, VanBoxmeer & Stranges Ltd. began small, in an unusual location.

“Gary and I worked together and had become friends,” recalls Rick Stranges. “When it was clear I was about to be laid off, we went golfing. After a while, we started ­discussing the possibility of starting our own firm.”

The Gary in question was Gary VanBoxmeer. His employment status at the firm then known as Hastings & Aziz was a little more certain than Stranges’, but there was a chance he too could be laid off soon.

“Our first job was a beam for a small house renovation. A beam, that’s it. Five years in, we got Mother Teresa high school. That was a major stepping-stone” —Rick Stranges

As the pair strolled down the 12th fairway of the Ingersoll Golf Club—the present-day 3rd after the two nines were flipped—they toyed with the idea of going on their own. “Gary was interested and said he would talk to his family about it. When he did that, he said, ‘Yeah, let’s do it.’”

It was 1994. Their combined age was barely 60. This year, the firm and its 16 employees are celebrating their 25th anniversary.

“Our first job was a beam for a small house renovation,” Stranges recalls. “A beam, that’s it. Gary knew AutoCAD, sort of. I knew nothing about it. We taught ourselves. When we figured out how to design the beam, we had to buy another printer because it was too big for one.”

Because both men are structural engineers, they focused on that discipline. “Specializing was a good strategy. It was better to be a master of one thing at that time. We could turn around larger projects more quickly, and we became good at finding ways to save money for our clients,” Stranges says. 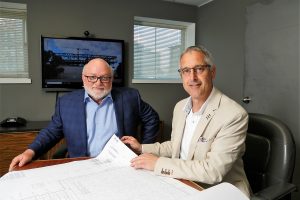 “Five years in, we got Mother Teresa high school. That was a major stepping-stone. We saved the school board $750,000 by using a new structural method, something we came up with.”

The firm became known for its creativity. It is on display inside the Western University Recreation Centre, where the design called for two gyms to be suspended over three other gyms. “We used bridge girders. No one had done that before. If you are there today, you can see bridge girders above, going across the ceiling.”

The firm has contributed to ­numerous local projects, including Western’s new engineering building, Tricar condos and an expansion at King’s University College. It won an award two years ago for its work on Wilfred Laurier’s Lazaridis School of Business and Economics.

It also does work from a Niagara office, opened in 2000 and spearheaded by vice-president, Al Antonio. Two more recent partners are Brad Stott and Phil Rizzo. Lijun Gou is a long-time employee and serves as senior designer of large projects.