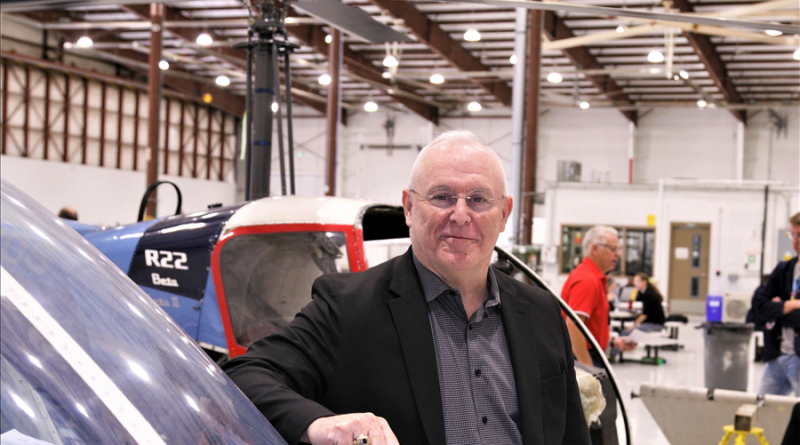 With a sustained focus on program expansion, Fanshawe College is on track to become the largest aviation school in Canada

WHAT STARTED A dozen years ago as a small ­program to offer some limited aircraft industry training to Fanshawe College students has grown ­dramatically. The Norton Wolf School of Aviation Technology now has about 350 students learning a variety of skills. And with additions coming in the next two years, the school will offer courses in all aspects of the industry—designing, maintaining and flying, not just airplanes but drones, too.

The headline grabber came this fall, when the school announced a three-year commercial flight and aviation Leadership program to start in September, 2020. It will accept 80 students and train them to be pilots.

“We had to convince the province to lift its moratorium on new flying programs at colleges,” says Larry Weir, the school’s associate dean. “There are three colleges currently funded for this type of training, but the costs to the government for our model are lower. That was our pitch.”

“We have a high percentage of international students. From India, China, South Korea and elsewhere” —Larry Weir

The Fanshawe model is a unique collaboration between the school, industry and the London International Airport, where the School of Aviation Technology moved five years ago. It now operates in the former Air Canada Jazz building. That move coincided with a dramatic expansion of its programs and courses, aimed at giving students a path into any aspect of commercial flight.

The spine of the program is a series of four ­maintenance programs that focus on three Transport Canada ­certifications: maintenance, avionics and structures. Most programs are two years, after which graduates are 100 per cent ­compliant with Transport Canada requirements and have accumulated 1,800 hours of their required 4,800 hours of hands-on work needed to be licensed.

A new three-year program will be more comprehensive and give students 2,700 hours of practical experience.

The school also offers a one-year course for commercial operation of drones. A class of 20 students learn about design, support and operation. 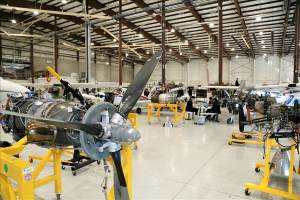 The pilot training program was one of many added in response to industry needs, Weir says. Predictions in North America suggest in the next two decades there will be a need for about 200,000 new commercial pilots and nearly the same number of aircraft technicians. The same models suggest the industry will also need about 175,000 new flight attendants.

In the fall of 2021, the school will begin its one-year flight services program, preparing students to be flight attendants, fully versed in the myriad safety requirements they need to be hired by an airline. Also coming soon is a program in applied aerospace manufacturing, designed for students who already have a four-year engineering degree but want to specialize in aerospace.

Students for all programs come from across Canada and around the world. “We have a high percentage of international students,” Weir says. “From India, China, South Korea and elsewhere. The Transport Canada certification is valuable to them whether they go home to work or pursue work in Canada with their student visa.”