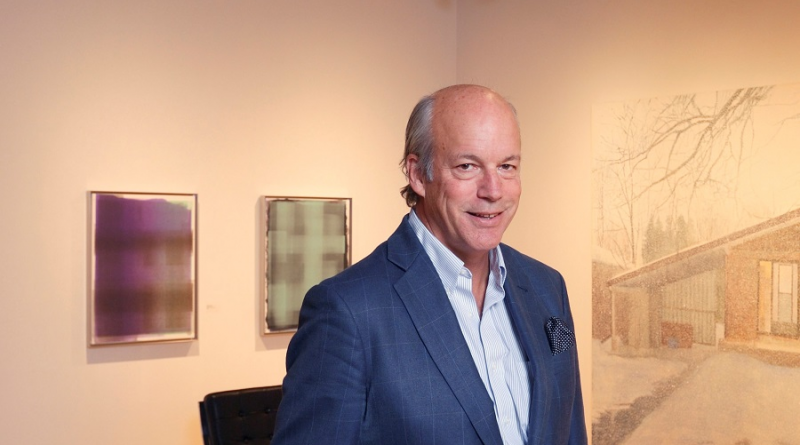 MICHAEL GIBSON IS not one to shy away from taking a leap into the unknown.

It’s a quality that allowed him to purchase Roth Art—a framing and fine art poster business—while still in his 20s, despite having no professional background in the field. And it’s a quality that gave him the courage to reinvent that ­business 13 years later in a bid to survive the economic downturn of the 1990s.

Today, as Gibson celebrates 35 years in the field, Michael Gibson Gallery is a nationally-recognized commercial art gallery on par with any in Toronto, Vancouver, Montreal or Calgary. The gallery represents both regional and national artists and works with serious art collectors from coast to coast. And Gibson has done it all from the heart of downtown London.

“I’ve learned that I’m really in the relationship business. And ultimately, all relationships are built on trust” —Michael Gibson

Gibson was a recent university graduate and working at a downtown bank when he first caught the entrepreneurial bug. “I used to go to the Talbot block because I liked all the independent stores,” he recalls. That led to a friendship with Asher Roth of Roth Art. When Roth decided to sell the ­business in 1984, Gibson made an offer.

“Banking was great training for me, but it wasn’t a very good fit,” says Gibson. “Asher’s passion for his business intrigued me, and it came with his two employees. I was also young and naïve.”

Gibson Gallery moved to Eaton Square Mall in 1986 when the Talbot block was demolished, and then to a 6,500-square-foot space at 181 King Street. In those early years, Gibson offered a wide selection of decorative arts in addition to fine art prints and framing. The gallery also began hosting ­exhibitions by local artists.

“I was going in about ten different directions,” notes Gibson. Then the economy got tight.

The influential Canadian painter Patterson Ewan offered to show with Gibson if he built “a really nice space.”

Thanks to the generosity of landlord Norton Wolf, Michael Gibson Gallery opened at 157 Carling in 1997, after extensive renovations transformed the heritage building into a venue worthy of museum-grade exhibitions. “The banks weren’t keen on me or on art at the time, but Norton believed in me,” says Gibson. 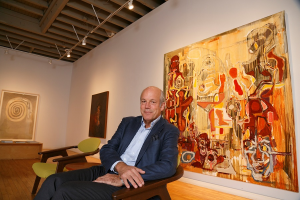 He purchased the property from the Wolf family in 2005.

In 1998, Gibson became a member of the Art Dealers Association of Canada, serving as president from 2007 to 2009. Since 1999, he has participated in 15 international art fairs in locations such as London (UK), Miami, Chicago and New York.

“I’ve learned that I’m really in the relationship business,” says Gibson. “And ultimately, all relationships are built on trust.”