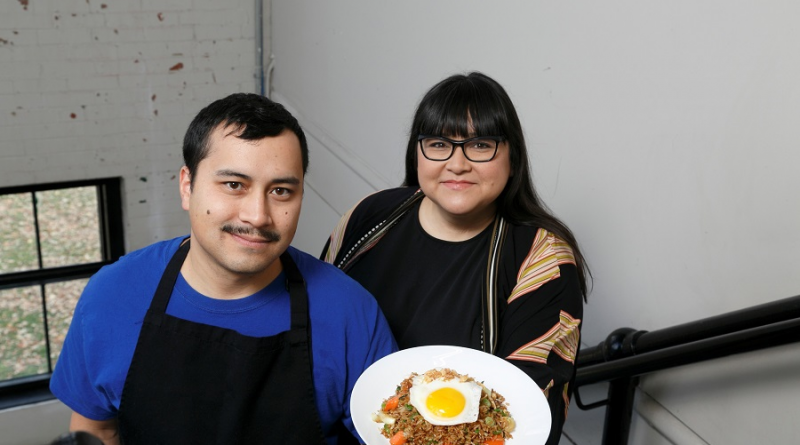 Targeting growing demand for delivered meals, one of the city’s newest restaurants goes digital only

KIMI ABDULLAH AND her brother, Anthony Abdullah, never set out to start a restaurant. Too much risk, too much debt, too much hassle, they thought. “We know how big a financial risk opening a restaurant is,” says Kimi Abdullah. “We didn’t really want to take out that sort of debt.”

And yet, the pair have just opened one of the newest restaurants in town, Rasa Indonesia.

But wait—there’s a catch. Can you get a reservation for a 7 p.m. meal at Rasa? No. The place has no servers, no hosts, no busboys. The only way you can get food from Rasa Indonesia is to order it on a delivery app like Uber Eats.

The concept has come to be known as a virtual kitchen or, more colloquially, a ‘ghost kitchen’, and has started growing in cities where delivery apps are popular.

Instead of a dining room, tables, menus and all the other standard restaurant trappings, ghost kitchens rely on ­delivery services like Uber Eats, DoorDash and SkipTheDishes to bring food to customers.

For all its cost-cutting advantages, Abdullah knows the ghost kitchen arrangement comes with some risks

This alone isn’t new. Takeout places have done this for decades. The characteristic feature of a ghost kitchen, rather, is that it goes further, eliminating any physical ­location where customers can come to pick up the food. Some, like Rasa Indonesia, are the takeout arm of catering companies; others are restaurants within a restaurant—a pizza joint running a ghost kitchen serving chicken, for example.

In 2015, the Abdullahs started Petojo Food & Catering, an Indonesian catering business that also sold prepared food products on the side. “Almost from the start, people started asking us if we had a restaurant,” says Abdullah. It wasn’t until recently, however, with the growing popularity of delivery apps, that the pair decided to branch out and offer their dishes outside of catered functions.

“We thought that offering a take-out and delivery service would be a nice compromise,” she says.

For all its cost-cutting advantages, Abdullah knows the ghost kitchen arrangement comes with some risks. For one thing, Abdullah says, “You’re at the mercy of the algorithm of the platform.” (Most online ordering apps use algorithms and metrics to determine a restaurant’s ranking.)

Her background in digital marketing will help there; she says she has “a pretty deep understanding of how applications and websites work.” But at the end of the day, “you just do your best to work with [the algorithm]. It’s all you can do.” 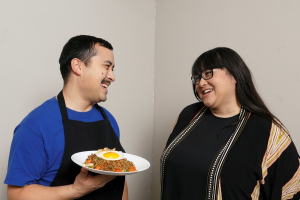 Still very early in the restaurant’s life, Abdullah says they will use the next few months to gauge how well the ghost kitchen setup works for them. They know January and February are the traditional slow periods for restaurants. “We want to see if we can weather that quiet time,” she says. Keeping afloat through that period would establish them on the delivery apps and set them up well when business traditionally picks up.

Their distinctly modern operation aside, Abdullah is banking on more traditional appeal to drive Rasa’s success: good food that you can’t get anywhere else. With Dragonfly Bistro under new ownership and shifting its menu towards Vietnamese and Thai cuisine, Rasa Indonesia claims to be the only Indonesian restaurant in town.

That is a good spot to be in, says Abdullah, since she believes that Indonesian and Malaysian food are going to be “the next wave of Asian food” to be a hit in North America—the way Korean food has grown in recent years.

Indonesian cuisine, she points out, is distinct from other Asian cuisines in a lot of ways. “Indonesia is a spice island,” she says. “There’s a lot of ingredients. There’s been a lot of colonizers.” Even within Indonesia, cuisine differs quite a bit; Abdullah says Rasa leans more towards Javanese-style cooking. That’s one of the great things about Indonesian food, she says—whether your thing is spice, sweetness, meat or veggies, there’s something for everyone.