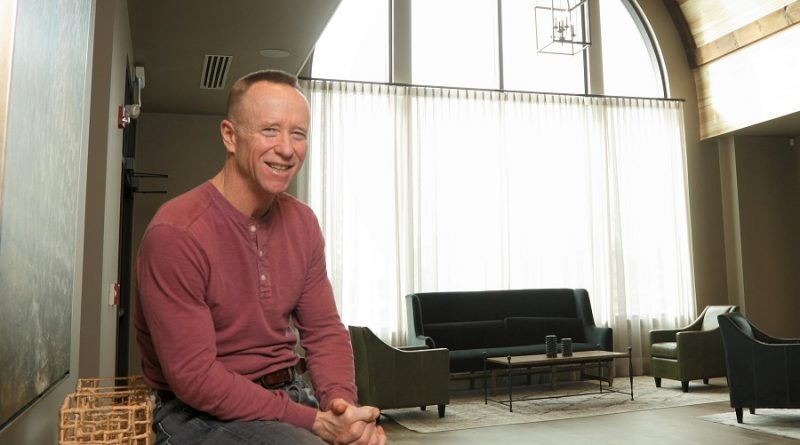 YOU CAN’T ACCUSE Paul Needham of rushing into things. Nearly a quarter century after he opened Westview Funeral Chapel and 12 years after purchasing a piece of land on Highbury Avenue, he is set to open Northview Funeral Chapel & Cremation Centre this month.

Like its older sibling, the new chapel is a grand structure that could be mistaken for a church, circa 100 years ago. Inside, however, there are some differences reflecting shifting trends and expectations of grieving families and friends.

“Our reception area is much larger and more elaborate,” says Needham. The second-floor area is bathed in natural light and includes a large kitchen to accommodate the needs of caterers. “We host around 350 receptions a year now. They play a huge role in families’ wishes. That’s a big change from when we built Westview.”

Roughly 90 per cent of people choose cremation today, a percentage that’s more than doubled since Needham began working in the business

Starting with the lobby—which features large ceiling timbers and feels like a ski chalet—the entire design is modern and upscale. Needham’s wife, Heidi, is office manager of the business and teamed up with her mother, Cheri Bryant, to do the design and decorating of the new space.

Located at 1490 Highbury Avenue North, Northview ­measures 15,300 square feet. That’s 2,000 square feet smaller than Westview, but without a basement, there is more useable space. Northview has a smaller main chapel—accommodating about 170 versus 270. But it also includes a second, smaller chapel that can host services simultaneously, something not possible at Westview.

“The average funeral has 70 to 80 people,” Needham says. “We didn’t need another large chapel. The space here is more flexible, from the two chapels to the larger reception area. And if someone approaches us and needs a large space, we can suggest they move to Westview.”

The main chapel is smaller, but it is home to a start-of-­the-art Allen electric organ, which is paired with a high-tech sound system. 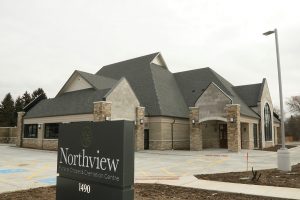 Also different: Northview has a smaller casket viewing area. That’s because most people, roughly 90 per cent, choose cremation today, a percentage that’s more than doubled since Needham began working in the business. “I think that’s largely because of the perception it’s cheaper. It can be, but realistically, if you have a traditional funeral, the costs pretty much even out.”

Operating as an independent funeral home among many others now owned by large corporations, Needham stresses the new facility, “will offer the same great service for less money than most.”

He will hire staff as demand increases. For now, there will be a fair amount of job sharing between the two locations. The managing director at Northview is Frank Schimanski, a long-time Westview funeral director. Regulations do not allow anyone to be managing director at two funeral homes.

Open this month, Northview will hold a spring open house at a date yet to be chosen.