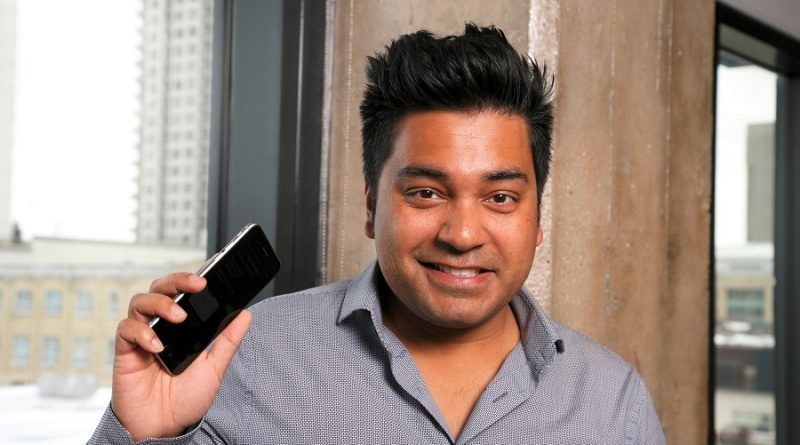 SIX MONTHS AFTER you bought the tickets in wild excitement, you arrive early to hear your favourite band. When you get to your seats, your excitement wanes: A tower of speakers and other equipment is blocking your view of half the stage. You could slump into your seat and swallow the disappointment, or you could text Dibz and magically upgrade your seats before the opening act appears.

Dibz is the creation of Brennon D’Souza, a 40-something tech guy who has worked in TV and video for most of his career. He started in Toronto, then spent some time in Kitchener-Waterloo. His move to London was less about business and more about love. He married Nicole Fordyce five years ago and set up shop here.

The key to making it work is the simplicity of texting a number at a concert. No apps to download, no passwords to memorize

What if people could upgrade their existing seats at the venue, either right before the show started or at intermission? Wouldn’t people be happy to cover the difference in ticket prices to move up a few rows or an entire section?

“I started talking to general managers of various ­venues, and they loved the idea. But I had to figure out a way to do it so it was easy and quick.”

For help, he turned to Arcane, which provided both financial and technical assistance. “Their lead developer developed our texting platform from scratch.”

The key to making it work, D’Souza says, is the simplicity of texting a number at a concert. No apps to download, no passwords to ­memorize. You text a number advertised in the lobby of the venue, specific to that show, and immediately receive a text back showing what seats are available to upgrade. If you’re interested, you click and receive your new ticket on your phone immediately. 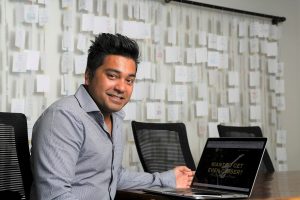 The concept does not cannibalize existing sales at venues. Instead, it prompts people already there to spend a little more to upgrade their seat. Once they’ve done so, their original tickets go back into the hopper, as it were, for others to potentially buy. Upgraders pay the difference in the ticket prices; Dibz gets a percentage of that payment.

It’s not needed at sold-out shows, but D’Souza says Ticketmaster reported 40 per cent of seats at all events combined went unsold last year.

He has been piloting the project at Kitchener’s Centre in The Square and is keen to expand to the Stratford Festival and Budweiser Gardens—and beyond that to the bigtime: Ticketmaster, MLSE and more. He sees Dibz as a value-added feature venues and ticket sellers can offer their customers, and he hopes to be in 25 performing arts centres and three arenas by year-end.

He’s working on a system to move down a few rows within a tier of seats with the same face values. He’d also like to develop a way to sell unused tickets, but that’s a whole different concept and not the focus right now.