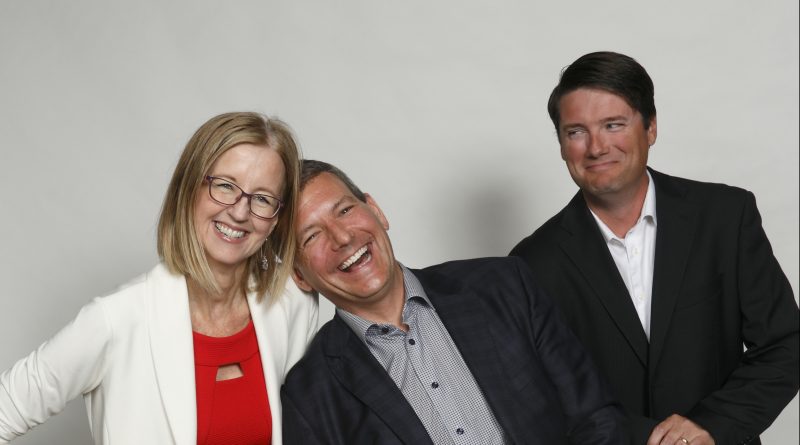 FOUR YEARS AGO, writing about the expansion and renovation of its Commissioners Road office, I reported Davis Martindale had leased out its lower office space. “However, even with that space leased, there is plenty of room for growth.”

It wasn’t exactly fake news, but it wasn’t very ­predictive about the firm’s impending growth either. Only three years later, the firm had run out of room under its new roof and opened a satellite office on Blakie Road, where today 20 people work in the insurance and litigation group.

As it celebrates its 50th anniversary, Davis Martindale LLP (www.davismartindale.com) is 85 people strong, is the largest independent accounting firm as far as the eye can see, and is poised for still more growth—likely in Toronto where its first foray was a bit of a misfire.

Looking back, it may appear to have been an orderly transition from a trio of accountants setting up shop in the summer of 1967—as Expo was in full swing—following a well-considered plan and enjoying linear expansion. It was anything but.

There were mergers and buyouts, and the constant need to assimilate people and cultures. In 1996, the firm began using its well-known ‘Accountants With Personality’ tagline, but not everyone loved it initially. And then it became so popular, it was throwing shade on the actual name of the firm.

Every few years, the firm had to consider how highly it valued its independence, when a national firm would come calling, looking to buy or merge. The partners countered that pressure by joining a worldwide network of independent accountants, giving the firm a new international focus.

‘What a quaint notion today, in the world of social media blitzes, outrageous claims and unrelenting advertising, that somehow ‘Accountants With Personality’ was too racy for the profession’

All the while, for many clients it continued to be the small, local accounting firm it had always been—where they expected to meet personally with their accountant, maybe dropping in unannounced. That has been the balancing act the firm has worked to maintain throughout its 50 years. Growth, but not too much. Independence, but not isolation. There was no model to follow and no guarantee of success. But as it celebrates its golden jubilee, there’s no denying it worked out pretty well.

In the mid-1990s, Davis Martindale was a firm of 11 people, hardly remarkable or ­noteworthy. It had grown modestly from its early days when Gary Davis, John Warren and Ron Martindale had come together. But going from three to 11 people over nearly 30 years does not qualify as meteoric growth.

In 1995, Mike Evans and Paul Panabaker merged their small firm with Davis Martindale, creating a firm of 17 people. They worked closely with Bruce Barran, the current managing partner and longest serving member of the firm. They didn’t know it at the time, but the 1995 merger would spark “a decade of growth,” Panabaker says, looking back.

Current partner Michael Koenig merged in 1999; Ian McIntosh did the same in 2001.

By then they were up to nearly 30 people and had moved into a new office on Commissioners, renovating a former Big V drug store to create a modern 7,700-square-foot office. Not for the last time, the partners assumed their new space would be sufficient for many years to come, only to run out of space almost before the paint had dried. A decade ago, they added what essentially was a portable to the north end of the building, creating temporary space that lasted four years. Five years ago, the firm renovated the entire space, adding a beautiful 10,000-square-foot Louvre-like glass addition and expanding the total footprint to 18,000 square feet.

(That’s when one gullible writer declared their space issues were solved for many years to come, three years before the satellite office opened as the latest solution to continuing space challenges.)

The physical expansions were lagging indicators of the firm’s growing popularity and success. Sometime around 1996, it introduced the tagline ‘Accountants With Personality’, unaware of how thoroughly it would come to define the firm—sometimes to its detriment, but mostly for the good.

The details are a little fuzzy, but Panabaker recalls the slogan first being used in an ad, the kind that used to run in newspapers next to ads in search of people who like Pina Coladas and getting caught in the rain. ‘Wanted: Accountants With Personality’.

That was how it started. The implication was rather obvious. If you go looking for ‘Hockey players with smarts’, or ‘Politicians with scruples’, what are you saying about the rest of the cohort?

“It was a new idea, branding of ­personal services,” says Dana Noble, in charge of marketing today at the firm. “It was unique.”

It was so new that the firm had to convince its governing body the ads were in good taste and appropriate. What a quaint notion today, in the world of social media blitzes, outrageous claims and unrelenting advertising, that somehow ‘Accountants With Personality’ was too racy for the profession.

By 2002, the firm had trademarked the slogan in Canada. It was too costly to do so worldwide, and every now and then a firm somewhere outside Canada offers Davis Martindale the sincerest form of flattery.

The firm began advertising its partners and specialists by emphasizing their personalities and interests in the community. The concept became so successful that, at one point, market research suggested many people knew the slogan very well but did not associate it with the name of the firm. So they tweaked their ads, linking the two more directly.

Besides balancing books and managing taxes, one of the things accountants do a lot is merge, not just in Canada but worldwide. Every large accounting firm was begat by another or many, rebranded and relaunched. Which is how PricewaterhouseCoopers, among others, came to be.

Clearly, Davis Martindale has nothing against mergers. But as it moved from mom-and-pop to among-the-largest-independent status, it caught the eye of many a national and international firm. At the same time, many of its clients needed international tax and investment advice, as the world shrank and cross-border regulations became ever more complicated.

If this were an Aaron Sorkin script, there would be a moment when the partners gathered late at night in a funky boardroom to discuss the future of the firm. One side of the table would argue forcefully in favour of accepting a time-­sensitive offer to join an international firm, making everyone in the room rich. The other side of the table would argue back, saying their independence was not for sale. The vote would come down to the final ballot, held by the senior partner who could not bear to sell out.

Alas, no such meeting ever happened.

Instead, there was a growing sense the firm couldn’t continue operating in the squishy middle, between proudly independent and fully merged. So in 2007, it joined DFK International, an accounting association with members in 90 countries and more than 400 offices.

It was the equivalent of a small retail chain joining a national buying group to gain an even footing with its behemoth competitors.

“We talked to a few associations at the time and decided DFK was the right fit for us,” Panabaker says. “We were chosen to represent DFK.”

‘No one will ever mistake the Davis Martindale office for those of a downtown gaming studio with foosball tables, couch-based work stations and bicycle parking provisions. It is the place where the owners of those gaming studios go to resolve their finance and tax issues’

The relationship gives Davis Martindale access to expertise on virtually any accounting circumstance anywhere in the world. Whether this makes a ­difference to most clients on most days is debatable. But it does help the firm stay current with best practices and ­changing international regulations. And every once in a while, when a client is trying to figure out the tax implications of bidding on a contract in Tasmania or Malaysia or St. Lucia, a DFK member has the answer.

Being a member does not preclude Davis Martindale from merging with smaller firms to grow. Indeed, “we are looking for new opportunities and acquisitions,” Panabaker says.

And it doesn’t really shield the firm from offers from international firms; if the offer were good enough, the firm could simply walk away from DFK. But, for the record, Panabaker is clear: “We’re not looking to be acquired.”

The firm now has as many partners—13—as it had total employees about 20 years ago. Five of those partners are women, which distinguishes the firm. There are also three principals among the leadership group.

For a while, Davis Martindale had a Toronto office, but it was never the kind of presence it wanted in the long-run. It was more about having office space to meet with clients based there. The firm’s growth strategy includes establishing more of a permanent footing in Toronto and perhaps beyond.

Meanwhile, the firm will never forget its local roots. There’s hardly a charity in town that hasn’t benefitted from support from the firm itself or from one of its partners or employees. Having personality means being involved with the ­community to a significant extent. It also means creating a balanced work environment.

For years, the firm has rented buses to take the whole office to Palasad the day after the income tax deadline. This year, it held a beach party at GT’s in Port Stanley as part of its 50th anniversary celebrations. Those celebrations have been going on all year, organized in large part by Noble.

She ordered dozens of blue and white beach balls with the firm’s logo and slogan. Employees and clients have been taking the beach balls around the world this year, posting pictures from countless locations on social media, using #DavisMartindale50 to organize them.

Noble has also been posting weekly notes all year, drawing attention to significant moments in history and linking them to the firm. It’s the kind of thing an accountant with personality would do and enjoy.

Of course, the firm also posts things like a four-part evaluation of proposed tax changes and the effects they could have on small businesses and their owners. So, it’s not all fun and games. But that’s the point. The firm serves its clients, with experts in various specialties, but manages to have fun doing so.

No one will ever mistake the Davis Martindale office for those of a downtown gaming studio with foosball tables, couch-based work stations and bicycle parking provisions. It will always be an accounting office, the place where the owners of those gaming studios go to resolve their finance and tax issues.

But sometime in the not-too-distant future, Davis Martindale may decide to bring everyone back into one ­building, expanding where they are or moving elsewhere. Nothing is official or even being seriously contemplated, but Panabaker acknowledges it may happen. “Ideally, we’d be under one roof, maybe in the next five to 10 years.”

When that happens, would it be shocking if they snuck in a foosball or ping pong table? You wouldn’t bet against it.