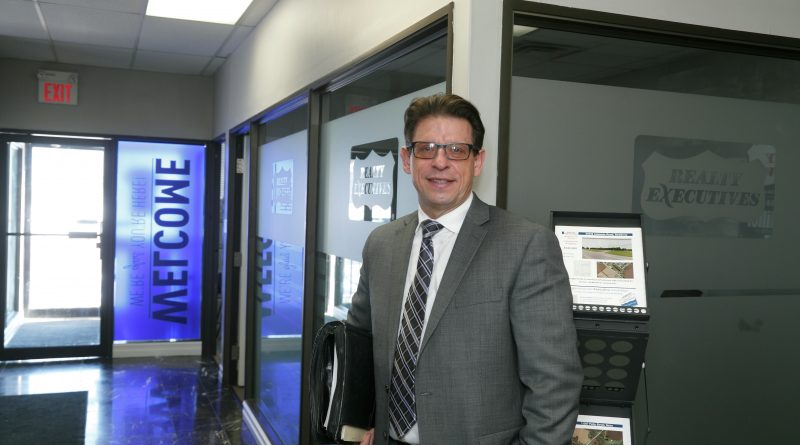 That’s the vision of Richard Miller, who last month launched his own agency under a familiar name.

Miller is the broker of record at Realty Executives Allegiance Ltd. It’s located on Wellington Road, in the same office where an earlier incarnation of Realty Executives operated until the summer of 2016. That’s when the original franchise owners, Costa Poulopoulos and Mary Johnson, left the name behind to create their own brand, StreetCity.

Not only did the office remain vacant, but the Realty Executives sign remained up. Miller knew the office well, having worked there for five years.

“Originally, I was thinking of opening under our own brand, the Miller and Miller team, but this opportunity came up to bring Realty Executives back to the city,” Miller, 57, says. “We localized it by adding Allegiance. It’s hard to spell, but I like the meaning of it. It spoke to me.”

The other Miller on the team is Kim, his wife, who is working in the new office as well.

“Our goal is to add two agents per month and have 25 to 30 within a year or so,” Miller says. “When Realty Executives was last in this office, they had close to 50 agents, so we have room to grow.”

A casual observer might suggest there is no shortage of real estate agents or brokerages, but Miller says many are missing a key ingredient: training.

“I’ve been through a lot of training over the years. Brokers go through an initial 90-day quick start training program, but if they’re only getting one day per week, that’s really only 12 days over three months, and then they’re launched into the world. You really need a year of regular training,” he argues.

“Our goal is to add two agents per month and have 25 to 30 within a year or so. When Realty Executives was last in this office, they had close to 50 agents, so we have room to grow” —Richard Miller

“It’s not just new agents who can benefit from training,” he says. “A lot of agents in their late 50s and 60s are struggling. They’re too young to retire but too old to go back into the workforce. With the right training and support, they can refresh their careers.

“For someone who isn’t tech savvy, we’re offering tech support and training on mobile apps, so they can take their career to another level. We help them become an updated, modern realtor.”

Miller’s plan is to offer training programs to agents and reps across the spectrum, whether they join his brokerage or not. And it’s not even restricted to real estate professionals.

“If you take the right training, you can become a better informed buyer, seller or investor. We’ll also cover property management. Why would you go to Toronto and pay a lot for a training course you could get here in London for $199 for a three-day course, for example? Our goal is to offer training so everyone is educated.”