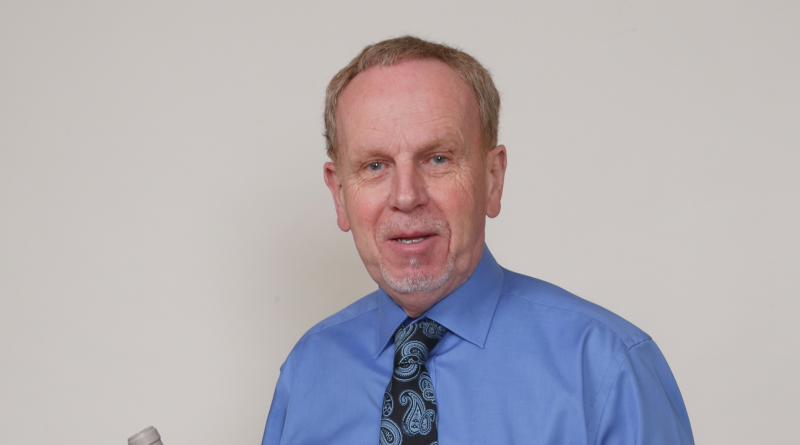 David Chapman of David’s Bistro talks about ­community support,
good insurance and letting his clients do the cooking

IT’S FAIR TO say this is not how David Chapman imagined he would celebrate the 20th anniversary of his popular downtown restaurant, David’s Bistro. For the last year, he has been dealing with the ever-changing fallout from a fire on March 29, 2017, in the building immediately south of his on Richmond.

After several delays, he will finally reopen this month, bringing back his staff of 10, with the same bright red walls in the cozy space. The biggest changes are kitchen upgrades and a beautiful new bar made of dark wood with tin inserts.

Chapman came to Canada from his native Northern Ireland in 1974 by way of Bermuda, where he worked for a year after apprenticing in England. He arrived in London in 1981, and spent five years running the kitchen at Anthony’s Seafood Bistro before buying it. When his rent jumped in 1998, he called the landlord’s bluff and moved next door, starting David’s.

I was at home and my sous chef, Rick, called me at 7:00 a.m. to say there was a fire next door. We were okay. There was no physical damage. We had Winmar come in and clean things up and we kept operating with no problem for April and May. But they had to put in a firewall to bring the older buildings up to code. They said it would take six weeks to do it. We close the first two weeks of July every year, so we scheduled it for then, thinking we would only miss an extra four weeks.

When did you realize that wasn’t how it was going to turn out?

It just kept being pushed back and delayed. They would find new problems. I would get an opening date and we would start planning for that, and then it would change. When the date was September, we put together a new fall menu. Finally, they gave us an absolute date: January 31. We got everything back out of storage. I added 10 days just in case and announced we would open February 10.

And you were flooded with reservations, right?

We were full right away for February 10 to 20. People were excited. And then they found another problem in the basement, something that wasn’t up to the commercial building code. That was the worst. It was soul-destroying. I had to call 200 people and tell them we couldn’t keep their reservations. I felt so stupid.

How did they react?

That’s been the amazing part of all this. Our customers have stuck with us every step of the way. When I called and cancelled their Valentine’s dinners, they said, “That’s okay David.” One of them said he had a case of champagne ready for us when we finally reopened. Not a bottle, a case. It has been so humbling to have the support of so many people—our customers and other restaurants in the city.

Your New Year’s Eve dinner sells out every year. It’s the same group of people, with virtually no turnover. How did you handle that?

That’s an example of the support we’ve received in the community. Chef Steve James of the London Training Centre offered us his space to hold our New Year’s Eve dinner. The London Club helped so we could do a charity dinner at the London Music Hall. Mark Kitching of Waldo’s called and said, “We’re not open Sundays. You could take over the restaurant if you want.” Unbelievable, really. We did two dinners in November and two in December. And everything sold out.

Your staff is all returning and has been with you doing these pop-up dinners. How have you afforded it?

I have business interruption insurance, and it’s been extraordinary. I can’t say enough about Pauline Davidson at Intact Insurance. I’ve talked to a few people who had so much trouble with their insurance, but it’s been very smooth. We’ve been able to keep paying our whole staff. The landlord’s insurance is paying for the renovation, but this has saved us. I’ve never had a claim for anything before.

So, what have you done with all this extra time besides planning reopening dates and worrying?

I tried not to go to the restaurant at first because it was just so depressing. I got together with the staff every once in a while to talk about new menus. But the great thing is, I’ve never been asked out for dinner so much before. I’ve had so many customers invite us for dinner. That’s the ultimate, it’s just so wonderful.

No, not at all. It’s wonderful to be asked. I love letting someone else choose the food for me.

Did you consider moving as this process dragged on?

If I’d known at the beginning how long it would take, I would have given thought to moving. I like the location, but of course parking is a huge issue. We’re close to the theatre and the Bud and all the hotels. We also get a lot of business from the university. It would be nice to have a bigger space, but I never really considered it because they kept saying it would just be a few more weeks.

We did upgrade the kitchen and bar, and we think about the menu all the time. My daughter, Natalie, is involved. So is our chef, Elvis Drennan, and sous chef, Rick Hunt. Occasionally, I’ll insist on putting something on the menu, and they’ll tell me it won’t sell. They are always right, but if one person comes in and is excited to see it, that’s good enough for me. In the end, we will always be true to our bistro roots: simple food done perfectly.