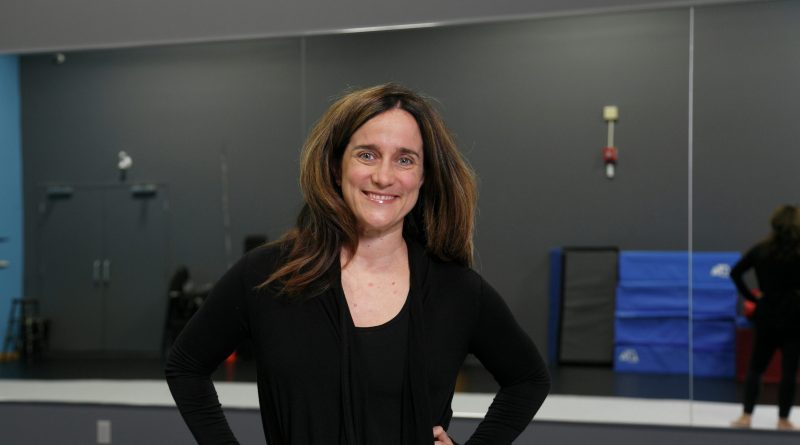 Twenty years ago, Rebecca Brettingham-Filice hit the floor with little more than a desire to succeed. She hasn’t looked back since

IF REBECCA BRETTINGHAM-FILICE’S life had followed the path she once expected, the critical date on her calendar this June would have been the election on the 7th. But thanks to a detour taken two decades ago, she is focused on three other dates this month.

Dance Extreme studio holds its season-ending recitals on the 9th and 10th, and the 25th is registration day for programs kicking off in September.

Brettingham-Filice launched the London studio 20 years ago after running some classes the year before in Dorchester and St. Thomas.

“I was barely 21 when I opened, thinking the sky was the limit,” she recalls. “My mom said I should work for a while first, before starting my own business. But if you’re going to lose everything, it’s better to do it at 21, so I decided to go for it.”

After interning at Queen’s Park, she studied political science and planned to work at the legislature. “Thank goodness I also took Biz 20 at Western because that’s all the business knowledge I had when I started.”

What she lacked in business acumen, she made up for with good hiring decisions. First and foremost was office manager Sharon Colvin, who began in the spring of 1998. For many parents and dancers, she is the face of the studio, keeping hundreds of dancers and dozens of instructors organized.

“I had taught her daughter,” Brettingham-Filice recalls. “She was working at a gymnastics club and looking for a change. She’s been with me ever since.”

The studio attracted nearly 300 dancers its first year and never looked back. Dance Extreme was one of a dozen studios in London when it opened; today there are 27. It expanded multiple times at its former location on Commissioners Road before moving last fall to its new 16,000-square-foot home on Notre Dame Drive. She designed the new place, home to roughly 700 dancers each year.

“We were able to include everything I’ve wanted for the last 20 years,” she says. “We have a bigger kitchen, a concession that serves healthy food and beverages run by a dancer’s parents, a designated room for birthday parties, glass doors on all the studios and many more things, including a better flow through the whole place.”

Husband Tony runs the dance store, which has a separate entrance at the new location and caters to dancers from many studios. They have two teenagers, one who dances and one who prefers volleyball.

Fans of the champion London Lightning may have noticed Brettingham-Filice’s influence during breaks at home games this year. “The team asked me to work with the Dance Pak this year. One of our choreographers, Natalie Toll, worked with the dancers. There were 25 juniors and 12 seniors.”

Whatever the venue, her goal is always the same. “I want kids to love dance, but also to learn life skills from positive role models.”