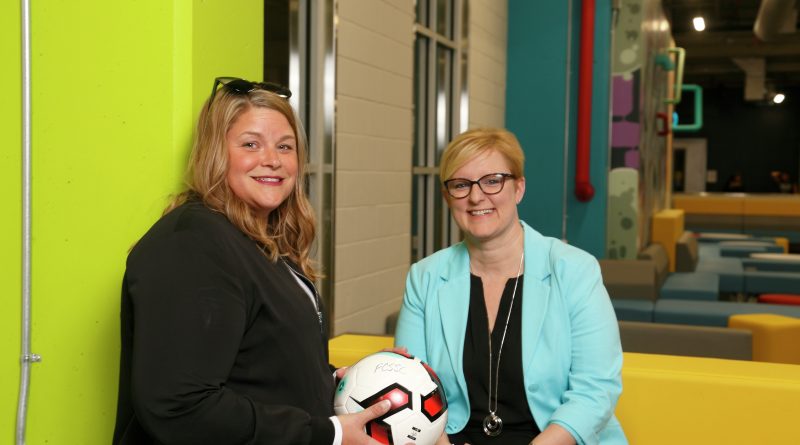 Furthering a commitment to engage the next generation of donors, the United Way turns to a small business owner to head up its largest fundraising drive

Now Woodcock is getting ready to lead an even larger team as the Chief Change Maker for the 2018 United Way Campaign.

At first glance, Woodcock may seem like an odd choice as top volunteer for the organization’s largest fundraising drive. But United Way Elgin Middlesex executive director, Kelly Ziegner, says the appointment is just the latest step in the charity’s efforts to reposition itself for the 21st century.

“For many years, the United Way was known as the big red thermometer that would track our progress towards a financial goal. The challenge with that is it doesn’t tell ­people about what we do or the impact of their donation,” she explains.

Last year, for the first time in its history, the United Way fall campaign launched without a monetary target. Instead, the campaign focused on achieving specific impact goals in the areas of mental wellness, youth, poverty reduction and transportation access for rural residents.

Developing the next generation of philanthropic ­leaders and volunteers has been a strategic objective since the United Way launched its GenNext Level initiative in 2008. And it is what made the United Way a natural fit for Woodcock when she was looking for a way to give back through FCSSC.

Over the past decade, FCSSC has raised more than $50,000 in support of various United Way campaigns. GenNext and FCSSC share the same target audience, Woodcock notes, and both organizations invite individual Londoners to connect and create a stronger, more inclusive community.

For the 41-year-old mother of three, taking over the helm of this year’s United Way campaign is an exciting ­opportunity to lead by example. “I’ve made room in my life to take this on because I want people my age to understand the great value in contributing to the United Way,” she says.

The fact that Woodcock has no previous fundraising experience doesn’t faze her.

“My ability to develop relationships and find ways to use those relationships to make good things happen is what we are going to leverage,” says Woodcock, who looks forward to working with an experienced team of United Way staff and her 20-member campaign cabinet.

The 2018 United Way fall campaign will officially launch this September at the annual Harvest Lunch. And although Ziegner and Woodcock say it’s too soon to announce specific campaign targets, Woodcock has already set a personal goal.

“I want more individuals to contribute to the United Way,” she says. “We still need all of our major gift donors and our workplace campaigns, but we also need a little bit from a lot of people. I think Londoners are very capable of that. I want them to know that even a small donation can make a big difference to someone right here in our community.”