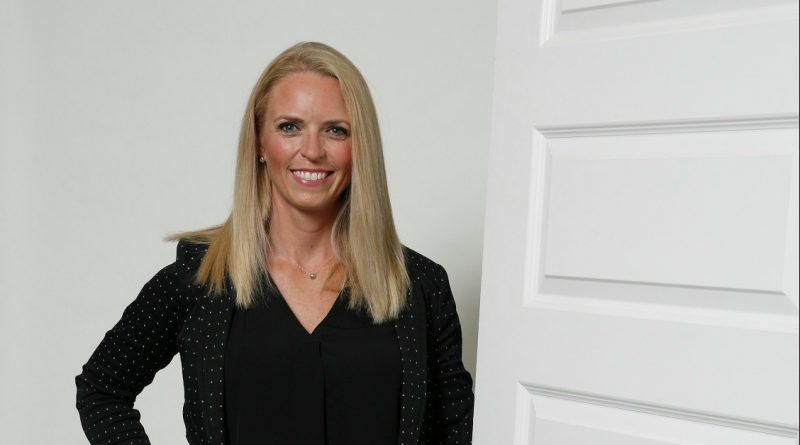 Sue Wastell talks about housing policy, favourite neighbourhoods
and the process of change

IN MAY, SUE Wastell became ­president of the London Home Builders’ Association (LHBA). She co-owns Wastell Homes with husband, Doug, and is responsible for sales, marketing and land acquisition.

She grew up in London and attended Oakridge and Beal ­secondary schools. She then earned an urban and economic development degree, studying at Western University and the University of Toronto.

She and Doug have three kids: Cooper, 17, Mason, 16, and Julia, 14. Having reached the required age of 16, the boys are working on job sites this summer. Doug’s parents, Garry and Elaine, founded the ­company and retired a few years ago.
When she’s not working, Wastell enjoys travelling, often to the family’s cottage in Grand Bend.

Congratulations. You did what Hillary Clinton could not and followed your husband as president. Doug was LHBA president four years ago, so you know what the job is all about, right?

Yes, I saw firsthand how much Doug was involved during his presidency at LHBA. He enjoyed his year and is still actively involved today. The focus of the president can change year to year, depending on what is going on in the industry, but overall I’ve learned from Doug to stand up for our industry professionals as well as the clients we serve.

What do you hope to achieve in your year as president?

There are a few big issues I’m working on this year. Housing affordability is probably the most important. The luxury of home ownership, which was attainable for generations in the past, is slipping away from the younger generation of today. We are working with the governments—locally, provincially and federally—to help them understand that lack of supply and new policies they implement have effects on the cost to build new homes.

What effect have you seen from the newly restrictive mortgage ­regulations?

I’m seeing people taking longer to qualify for a mortgage. Young people who are saving for a down payment now have to stay at home a little longer to save up more. The other side we’re seeing is now that people are not qualifying for as high a mortgage, and with the price of housing going up in London, purchasers may not get into the house or neighbourhood they thought they would.

Doug grew up with the family business. You came to it later. Did you have another career in mind at any point?

Funny enough, not really. As a child, I would go around with my parents and look at model homes just for fun. I was 15 when Doug and I started dating, so I feel like I’ve grown up in the business, too. One focus I have is promoting careers in construction to high school students by visiting schools and educating students to consider a career in one of the many jobs related to our industry. It’s encouraging to see more construction and co-op courses available in London’s high schools, but there is always more to be done to get the word out.

How do you and Doug divide roles at Wastell? Has your role changed over the years?

I worked my way through the company—washing windows, then helping Doug’s mom decorate model homes, then selling homes and now as co-owner. Doug oversees all aspects of the business, both the construction side, development and commercial. I look after sales, marketing and land acquisition. We have done more developing over the recent years, and that is a really exciting aspect of our job. Being able to create communities right from the ground up is something we hope to continue doing more of. Overall, it’s great being able to work together towards a common goal; the tough part of it is to try and leave work at work and not bring it home.

Speaking of bringing work home, one thing you do is move into neighbourhoods you’re building. How long do you stay? Obviously, it’s a signal that you believe in your work, but what other ­tangible benefits come from doing that?

When we look at buying land to develop or lots from another developer, we really think, ‘Is this somewhere I would want to live?’ You have to wrap your head around who your buyer is going to be and see if it ticks the boxes for what they would want in a new home. We seem to stay longer and longer in the homes we build as we have been lucky to end up in amazing neighbourhoods and making great friends there.

Was there one home you didn’t want to leave?

It wasn’t as much a home, but a neighbourhood. We have been very lucky that we’ve had such great neighbours that we have become friends with. When we lived in Upland Hills, we built a home for my parents five doors away, which was great. The kids could go on the sidewalk to grandma and grandpa’s for a visit and pick rhubarb from the garden. We made great friends who we still see regularly on that street. Some even moved over to our new neighbourhood with us. We travel together and have become lifelong friends.

It seems builders will always have issues with city hall, not just in London, but in most cities. Is that just the nature of the ­relationship, some inevitable disagreements because of the process we use to designate and develop land?

No one likes change, but we strive to do what’s best and what makes sense. Land development is a long process, years long, and costs keep going up. We appreciate the city’s invitation to continue to work with LHBA to better their processes so they become better for everyone involved—their staff, our members and the public we build for.

Wastell has built several Dream Homes for the London Hospital Foundation lotteries. Why?

Our family believes strongly in giving back to the community we live in. Our daughter is a patient at Children’s Hospital here in London, so we can see first-hand the benefits of the money raised from these lotteries.

Your Seaglass development would transform Port Stanley. How do you answer people who fear the community will lose the charming character so many love?

We believe we are adding to the charm and character of Port Stanley with our proposed development. We have spent a lot of time working with talented professionals to come up with an amazing concept that we feel will enhance the existing community. We have listened to feedback and have designed types of housing to suit what people tell us they are looking for and can’t currently get in Port Stanley. It’s exciting to see the changes that have occurred over the last couple of years. The town of Port Stanley has a great vision for the future, and we are thrilled to be a part of it.