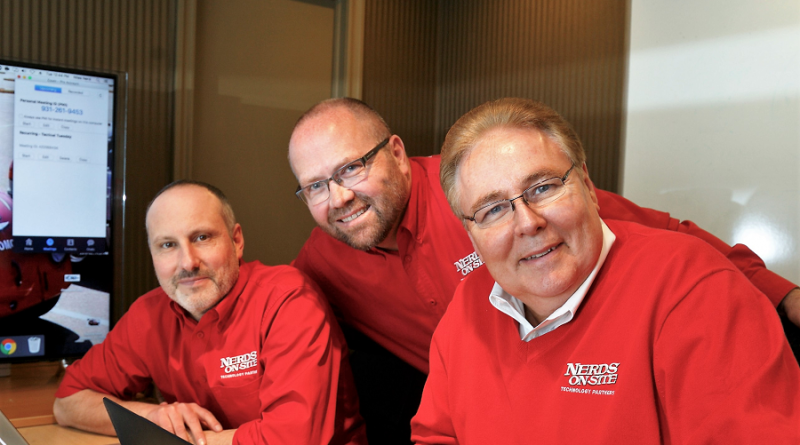 IN ONE SENSE, Nerds on Site has been a public company since the day it launched, 24 years ago. Its iconic red Volkswagen Beetles are a familiar site in London and many other communities, delivering ­computer solutions for businesses and individuals.

But last fall, Nerds truly went public, with an IPO on the Canadian Securities Exchange, a move that raised more than $7 million to help the company finance its next phase. It has traded between 17 and 27 cents since then.

“Going public was a four-year process,” says CEO Charlie Regan. “Longer than anticipated, but we’re pleased it all came together. We’re using the funds for our launch into the U.S.”

From the outset, Nerds was set-up as a scalable franchise model, initially to expand across Canada. Now the company will follow the same blueprint to break into the U.S., targeting mid-sized communities adjacent to some of the country’s fastest growing cities.

Beginning in Arizona and Florida, Nerds plans to sign up at least 100 franchise owners in the next two years and more than 1,000 in the next four years. “Those numbers are based on the building blocks we’ve established in Canada. It’s a very scalable model.”

There are about 125 Nerds ­franchise owners in Canada, with more on the way as the company expands into Vancouver and three Prairie cities in the next year.

Among the initial U.S. target cities is Tempe, Arizona, a city half the size of London, just east of Phoenix. New Nerds get a 37 per cent cut of revenue they generate. During the first six months, the company pays for the lease of a red Beetle. After six months, plans call for the franchise owner to bump up to a 50 per cent cut and to assume the lease payments.

“We operate at 50 per cent, but with performance bonuses, it’s quite possible to get up to 65 per cent,” Regan says.

Although the Beetle is the preferred vehicle, in some markets other ­vehicles like the Fiat 500 or Honda Fit are acceptable, provided they are painted in the company’s signature red design (Volkswagen has also announced that production of the Beetle is ending in 2019).

In addition to its geographic ­expansion, Nerds plans to add one new Canadian Tire store per week in 2019.

Regan and company founders David Redekop and John Harbarenko own more than 52 per cent of company shares.