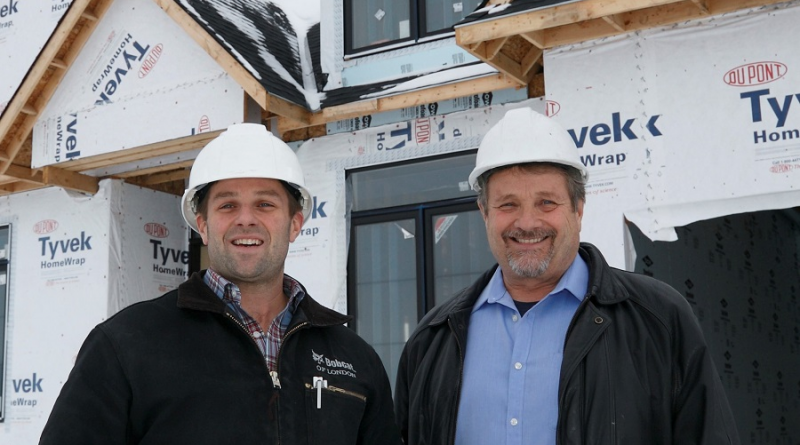 Taking a measured approach to growth and expansion, a family-run construction firm expands on multiple fronts

WHEN TED AND Kim Melchers established Melchers Construction Limited in 1987, the husband-and-wife team focused primarily on residential renovation work. But over time, their scope expanded, first to commercial renovations, then custom homebuilding—teardowns or infills where the client owned the land—and more recently new home development on lots the company has purchased west of the city.

And just as the business has expanded, so too has the ­family involvement, with son, Chris, now a full partner with Ted after Kim stepped back from day-to-day operations about four years ago. Both father and son have sat on the London Home Builders’ Association (LHBA) board of directors in the past (Ted as president in 2014-15), and both continue to actively participate in LHBA initiatives such as community build projects and the annual holiday food drive.

“I’ve been working for the company as long as I can remember,” says Chris, who looks after new home ­development projects and, along with his dad, oversees the day-to-day activities of the firm’s 40-plus employees.

“We’re fully staffed to do it all in-house. We feel we’ve perfected the process, making it seamless for new homeowners” —Ted Melchers

“We’re fully staffed to do it all in-house,” adds Ted, noting that with designers and draftsmen on staff and a design showroom incorporated into their offices, “We feel we’ve perfected the process, making it seamless for new homeowners.”

Since its inception, the company has won more than two dozen LHBA Awards of Creative Excellence, including Renovator of the Year honours five times in the past nine years (including 2019). In fact, this year Melchers was a finalist in both the Renovator and Builder of the Year categories—the first time a single company had been represented in both categories.

The firm made the move into new home development just as the building boom was starting west of the city, recalls Ted. “We decided to jump in in 2014—our timing was perfect.” Focusing on developments in Mount Brydges, Komoka and Kilworth, the Melchers point out that many of their clients choose the areas based on value for their homebuying dollar and the convenience of being able to hop onto highway 402. 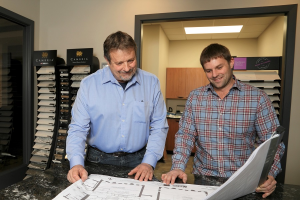 With their offices situated on Komoka Road, Chris says the western edge of the city has also proven to be an ideal base for the firm. “People like the fact that we can be at any site in five minutes,” he says, “and I think there is a good supply of land in our area.”

While the renovation and new home construction sectors each have unique characteristics and demands, the Melchers say that, on both sides of the fence, the consumer tends to more educated—and in some cases, more demanding. “Customers do their own research on products and finishes, based on what they see on TV and online,” says Chris. “Many materials have to be custom ordered, and it can be challenging to source it in a timely manner.”

That said, the fulfillment derived from turning a client’s vision into reality remains consistent on both sides of the business. “When we renovate, the customer is in the home and can see the day-to-day progress, and with new builds, the owners see the finished work when they do the walk-through,” says Chris. “But either way, the challenges are offset by the satisfaction of seeing owners’ reactions when their home is complete.”