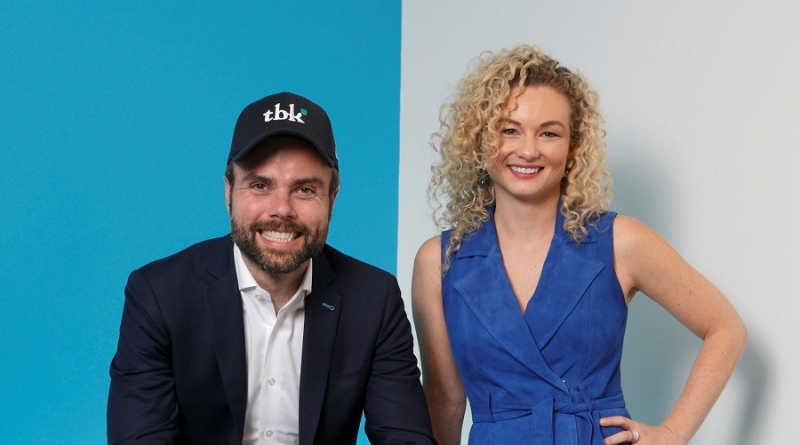 From web design and branding to digital marketing and software solutions, tbk marks 10 years of agility and growth

WHAT ARE THE two things we know for sure about our neighbours an hour down the road in Kitchener-Waterloo? 1) They have a rapid transit system that causes some Londoners to blush with envy, and 2) They have a famous tech sector known as Canada’s Silicon Valley.

So, when a long-time K-W company went looking for help to jazz up its website and bolster its digital presence, where did it look? Would you believe London, Ontario? Would you believe tbk, a company that, at the time, was four years old, not far removed from its early days of working from the apartment of one of its founders?

“We reviewed several agencies and liked what tbk had to offer,” recalls Dianne Hinds, director of marketing at QLO Management Inc., which manages 27 Jiffy Lube franchises in Southwestern Ontario. The nuptials were in 2014, and it’s fair to say the two companies have lived happily ever after.

That’s kind of how it’s gone for tbk for a decade now. Firms large and small, local and distant, sign up for digital help, and they never look back. The firm grew consistently almost from the day it launched in 2010. But nothing in the first nine years can compare to 2019. Responding to a spate of high-value contracts, tbk almost doubled its staff this year, going from 25 people in March to 45 today.

Emboldened by this new phase of its life, the company has rebranded—dropping Creative from its name—and expanded its suite of services to 29 unique offerings. It’s far more than its two founders dared dream of when an earlier iteration of the company neared crashed and burned in 2008. Having survived an early brush with death, they do not take their current success for granted and push every day for more.

In 2008, McInerney and Schiestel started Tagged By Kindness. It was a great idea on paper, but failed spectacularly. From its ashes, however, came a much better idea

There are two reminders of the company’s humble roots running around the Wellington Street office—Molly and Trevor are the somewhat threadbare pooches who come to work regularly, moving from room to room, many of which are equipped with dog beds. Molly lost a front leg after an accident 13 years ago, when founders Andrew Schiestel and Melissa McInerney were just considering what kind of business they wanted to start. Short of funds, they found the cash for Molly’s treatment.

That story reflects not just the pair’s long-standing relationship and simpatico, but also their motivation for going into business originally. In 2008, they started Tagged By Kindness. That TBK sold gift cards with unique numbers used to keep track of individual acts of kindness. The idea was to sell the cards to schools as fundraisers. It was a great idea on paper, but failed spectacularly.

From its ashes, however, came a much better idea. A charity had contacted the original TBK, not to buy gift cards but for help with its website. The new, lower-case tbk was born. Schiestel and McInerney bought out two other founding partners and got to work creating websites and helping companies navigate the bold new world of digital advertising and promotion.

“We decided to focus on social media but eventually get back to social causes,” Schiestel says. One such cause is a fund, named after Molly, to help employees and the general public pay for their pet’s medical treatment. The fund pays up to $3,000 to cover 75 per cent of vet bills over $400 for several people each year.

Websites are a big part of what the company does, but it’s often just the first step down a long path tbk travels with clients. “Our job is to help our clients compete successfully,” McInerney says. “That could mean designing a new logo, front-end web development, back-end systems design, help with e-commerce, and of course everything involved with social media and SEO.”

“We take care of our clients and innovate for them to solve lots of issues and problems,” Schiestel says. McInerney calls the process, “looking for strategic, holistic products and tools, not just websites.” 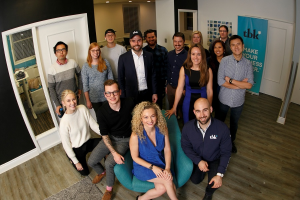 For some larger clients, that means essentially embedding a tbk employee with the client, working in their office, running daily operations and calling on tbk for support as needed. More than half of tbk’s employees work remotely, many in and around Toronto. Not all are embedded with clients, but a significant number are. There’s also a development team of a dozen, custom-designing solutions for whatever clients need.

There’s no need to embed an employee with Jiffy Lube, but that doesn’t mean there’s any lack of communication. “It was new to us to work with a company that was in a different city, but we have a great relationship,” says Hinds of QLO.

“They are very responsive,” says Teri Lynn O’Brien, JQLO’s marketing communications manager. “We have a dedicated account manager who has been with us since we began in 2014. She manages things behind the scenes and comes to me with any issues. We might talk daily at certain times, but at least once a week.”

In addition, O’Brien and Hinds have a monthly web meeting with tbk that lasts about two hours. “We look at different optimizations, but really we’re most interested to see if we’re meeting our goals, our key performance indicators,” Hinds says. They get together in person a couple of times a year as well.

The Jiffy Lube project was complicated by the fact that another company manages nearly three dozen locations outside of Southwestern Ontario. The website is for all Jiffy Lubes in the province, with no distinction to customers browsing the site. So tbk works with both companies. In addition, the site is designed so individual franchise owners each have their own page for their specific store. They can customize their site as they wish to announce local events and promotions.

Seven years ago, preparing a bid to design a website for a law firm, Schiestel read that the website would have to be AODA compliant. “I had no idea what that meant,” he recalls. Among the provisions of the Accessibility for Ontarians with Disabilities Act are requirements that websites run by companies with more than 50 employees comply with international accessibility requirements, known as WCAG 2.0.

Just as they had done when a charity asked them for help with a website, Schiestel and McInerney saw the bigger picture in the AODA request. Yes, they would be sure their proposal was compliant, but they also decided to launch an entire complementary business to help other web designers—in-house and at competing design firms—to make their sites compliant.

“We’re at the intersection of marketing and regulations,” Schiestel says. “We specialize in that.”

AODA Online is a subscription service that assists with the design of websites but also monitors them over time to ensure they are compliant. It provides online courses and on-site training as needed, along with whatever consulting is required. Starting in 2013, it became a huge component of tbk’s success.

“We’re at the intersection of marketing and regulations. We specialize in that” —Andrew Schiestel

Its own website is chock-a-block with mentions of its ­clients over the last decade: Old Oak, 3M, Auburn Homes, Eckler, Lerners, OE Canada, Tricar, Western University, Yogen Früz and many more. But if you ask about new clients, some of the big contracts that triggered the hiring spree this year, Schiestel and McInerney exchange glances and demur. Not every client wants to be identified, even more so in the early months of a relationship.

Without offering a name, Schiestel says a national company in Canada, employing 30,000 people, has hired tbk to design and build an Intranet for internal communications across its expansive operations.

Identified or not, it seems tbk ­clients are happy. The partners claim a 94 per cent client retention rate in recent years. And they have some hardware to back their claim. In October, it was named top web design provider in London by Consumer Choice Award for 2020. It’s the fifth consecutive year the firm has won the award.

The firm works closely with Fanshawe College as well. This fall it began delivering a web development course for ­students in its Interactive Media Design and Interactive Media Specialist programs. It is based on the widely used WordPress platform. In January, it will deliver a second course about building e-commerce websites. The goals clearly are to be engaged in the community—and to help equip students to fill jobs at firms like tbk.

To help address a chronic gender imbalance in many parts of the tech world, the firm also offers $6,000 annually for Fanshawe’s Women in Tech Scholarship, which pays for the winner’s first-year tuition.

The second program, in particular, is a callback to the ­original vision of tbk, when it used capital letters and wanted to build a business based on people paying it forward. Schiestel and McInerney pledged they would come back to social causes, and as tbk as grown and prospered, they’ve done exactly that. It’s certainly about more than building a great-looking website. Although, they do that, too.