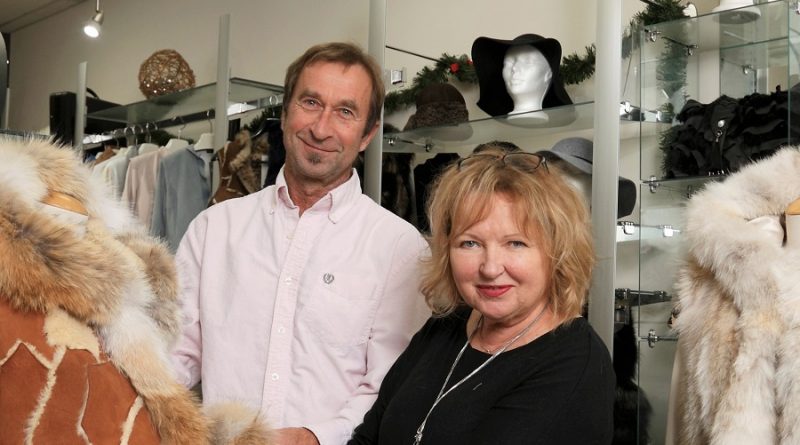 WHEN ROMAN AND Barbara Gowin came to Canada in 1981, they started life here with whatever they could carry in their knapsacks—and a baby on the way. Almost 40 years later, the couple are happily rooted in London after raising two daughters and running a profitable niche business, Roman’s Leather, first opened in 1984.

In their native Poland, Barbara had been a nurse, Roman a physical education teacher. When they first arrived, she worked as a nurse’s aide in a nursing home, he initially as a personal trainer with a fitness club before moving to a factory job. But that changed when a friend and realtor showed the Gowins a property on Dundas Street East that had a shoe repair shop in the front and living quarters in the back.

“We had two days to learn how to do shoe repairs and operate the equipment,” Roman recalls. Barbara knew how to sew—growing up in Poland under communist rule, young girls learned to make their own clothing as a matter of course. Working with leather simply meant operating a different kind of sewing machine, using different techniques.

“Once you take a big step like leaving a country, everything becomes possible,” says Barbara.

Once they had mastered the machines and techniques, they started making other leather goods. Motorcycle chaps were in demand, and through a friend they connected with a store in Montreal that ordered skirts and jackets. Locally, custom orders started to find them through word-of-mouth. 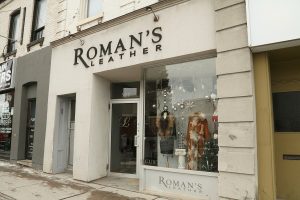 “We had steady customers who still come, and now their kids are coming, too,” says Roman. “We do not have a big clientele, but they are very loyal. They are not people who go for brand labels; we compete on our high quality.”

Six years after opening, the couple moved Roman’s Leather to a rented space on Richmond Street, but were prompted to move again after a break-in. “They cleaned us out, just before Christmas,” Roman recalls. There were also challenges that came with being tenants, so when the opportunity arose to once again purchase their own building in 2004, Roman’s Leather moved to its current location on Richmond Row across from St. Peter’s Cathedral Basilica.

While 70 per cent of the business continues to be custom orders, with clients coming from across Southwestern Ontario and as far away as Timmins, the Gowins also make items on spec for the Toronto One Of A Kind shows.

“We are so busy, even though we work in the same room sometimes we don’t even have time look at each other” —Barbara Gowin

The market for leather clothing has changed significantly over the years. Following trends in colours and styles is relatively easy, says Barbara, noting, “Our customers really tell us what they want.” A more difficult challenge has been the move to online shopping and the influx of less expensive goods from overseas, especially China.

“We do a lot of repairs on those coats, because the quality is not as good,” says Roman. “We also started to make sheepskin coats, and about six years ago we started working with fur trim because a customer requested it. Now we do more and more.”

With greater consumer awareness surrounding the environmental impact of synthetic materials, the Gowins are starting to see a swing back to natural materials, including leather and fur. “Clients are aware that synthetics can take hundreds of years to break down, so what we offer are greener options,” says Roman. 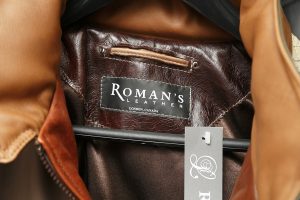 Over the years, the Gowins have established a tacit business rhythm: Roman looks after purchasing, paperwork and cutting; Barbara the patterns and design work. Both handle sewing, repairs and customer service. It’s a seven-day-a-week job during busy months. “We are so busy, even though we work in the same room sometimes we don’t even have time look at each other,” says Barbara.

But in the summer months, when the store is open by appointment only, they have time to travel and recharge their batteries together.

Neither daughter lives in London, nor are they interested in the business, and sometimes the Gowins wonder about what comes next. “We are thinking of taking on an apprentice who might want to take over the business one day, but I can’t imagine retiring completely,” says Roman.