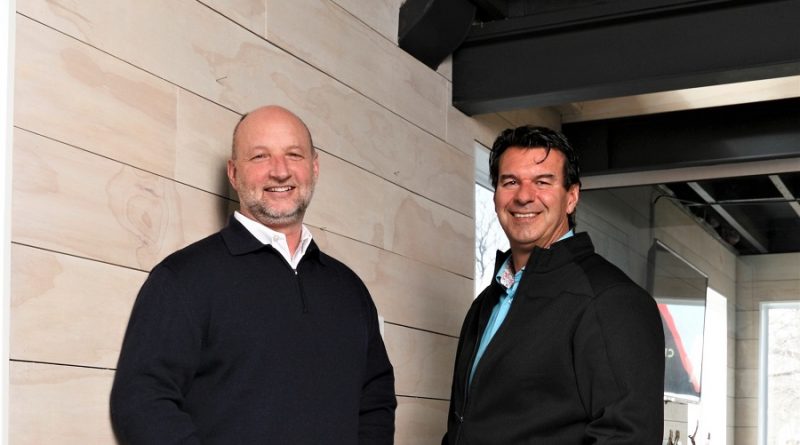 Finding success in a culture of sharing, the A Team looks to the future of real estate

Changes to original series: No red-striped GMC cargo van, no one wearing (excessive) gold chains, minimal use of explosives, drop the hyphen in A Team.

Opening scene: London Squash & Fitness Club sauna: It’s 2015, and friends Marcus Plowright and Allen Fayad are relaxing after their match. They play twice a week; Plowright usually wins. Neither man knows that within four years, Fayad – playing eight or nine times a week – will even things up so the outcome is always in doubt.

On this day, Fayad’s mind isn’t on squash. Instead, he’s going to plant a seed that will take more than a year to bloom.

“I remember that day telling Marcus he should get into the business so we could work together,” says Fayad. “The business” was understood to be real estate, something Fayad had been doing for more than three decades at that point. Plowright had impressed him as a man who set and achieved goals and was good at managing more than one thing at a time.

At that time, he was operating his renovation company, Anden Design + Build, along with Rainforest Lighthouse, an irrigation company that was an amalgam of several businesses he had purchased and merged. To that point, with roughly five decades behind him, he never once had considered becoming a realtor.

“I was tempted, to be honest,” Plowright says today. “But I already had two jobs, and I didn’t want another.”

Montage scene: Numerous squash games and lunches over the next year.

“It took me nearly a year to convince him,” Fayad says. “I’d mention it from time to time, and sometimes he would start the conversation with questions. He was intrigued.”

Indeed, he was. As is his wont, Plowright spent that year doing more than just thinking about it. He did lots of research, and then when he was leaning toward a new career, he put things in motion to sell his irrigation business.

“I looked at the market in detail. There were 1,500 agents and virtually no one had a strength of franchise or brand power,” Plowright recalls. “There were brokerages, of course, but that’s not what people think about when it’s time to buy or sell a property. I decided I was interested in joining Al, if we could create a brand — build ­something together rather than just do real estate the way everyone else was doing it.”

In March, 2016, Plowright got his licence and then spent the next eight months sitting at a desk conjoined to Fayad’s desk, watching, learning and gaining confidence. 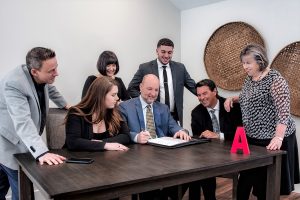 “He was a great mentor. We did 80 deals in eight months. We were crazy busy, which meant I learned an awful lot very quickly. I could see what we were doing right and what we weren’t doing right. We needed admin support, for example.”

If the experience was a whirlwind for Plowright, it was altogether mind-blowing for Fayad. “I had never answered to anyone in 30 years of real estate, and now Marcus was sitting right beside me, asking 100 questions a day. People looked at me and wondered what I was doing.”

A decision they made from day-one shaped the partnership and informed the approach they would take when they started adding people to their group.

“Everything new that came in from the day Marcus arrived we split 50/50,” Fayad says. “Even listings that grew out of my previous work, we shared. It set the tone. I also wanted to keep him engaged.”

Fayad quickly realized Plowright brought ­something to the operation that he had lacked throughout his career. “Honestly, my problem is my memory is awful. I’m very good at working for my clients and getting deals done, but if I bump into someone and they ask me to touch base the next week because they’re thinking of making a move, I would never do it. I just didn’t remember. Marcus is the opposite of that. He keeps track of things. We were complementary.”

By the fall of 2017, the duo was cooking. Fayad remembers his new protégé and partner “firing on all cylinders,” so much so that they swung into the new year as a full partnership, ready to expand.

Outside scene: Two well-dressed hosts deliver lines into a camera, after a drone films footage of the property exterior.

Heather Gunn and Bradley Gleed are at ease in front of the camera, bantering back and forth about the property they are about to introduce. The video they produce would not look out of place as part of an HGTV show. The Gunn-Gleed duo were, respectively, the third and fourth realtors (brokers in their cases) to join the A Team.

“This was the vision Marcus had for a bigger team, everyone working together sharing the commissions on everything we do,” Fayad says. “Initially, that’s not what I wanted to do, but I could see simply taking a percentage wasn’t going to work. We needed a different structure.”

Going back to his initial research about branding, Plowright wanted to identify the group with a name beyond their individual names and beyond Century 21. He took the red A from his renovation company, Anden Design. It also stood for Fayad’s first name, highlighting the fact that he was the experienced ­realtor in the group, the one with the connections across the city and country.

“Within a month of hiring Heather, we had thrown out the old eat-what-you-kill model,” Plowright says. “We would grow the pie and divide it evenly. Brad liked what we were doing and approached us. We recognized Brad was a superstar, with a background in commercial real estate. He gave us a commercial specialization.” 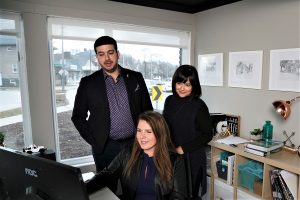 all A Team listings, Gunn and Gleed produce videos to introduce the property. They go well beyond basic video tours that are de rigueur for most real estate offices.

The next year, they added Osman Omar as a fifth full-fledged member of the team. Most recently, they’ve massaged the model to add expertise from two sales reps who work as referral agents. Jodi Simpson may have a higher profile in London than any of the full-time A Team. Besides being a booster of all things London, she created CityMatch five years ago. It’s a full-service relocation and settlement service used by organizations recruiting and moving talent to the Forest City. Part of her job is helping find the right home for newcomers, so she earned her licence.

Elizabeth Klinger is a long-time realtor looking to slow the pace a wee bit. She is an expert on farm and rural properties. Voila, another specialty for the team.

Office scene: Marketing manager Amanda Derks and office administrator Sheryl Routley are hard at work. A skeptic introduces a dramatic complication to the otherwise positive story. Is the A Team’s success a reflection of its unique structure and commitment to teamwork, or simply the inevitable result of operating in a red-hot market since the day it formed? Breaking the fourth wall, Plowright looks into the camera.

“We did 200 transactions last year. We were the number-one team in the number-one brokerage. We’ve had a meteoric rise. We’ve been at this for three years. When you do 500 transactions, you have a ­competitive advantage. We have a better knowledge of the market. We’re out there doing deals all the time, not one every month or two.”

From his desk — no longer attached to Plowright’s — Fayad adds, “We’ve averaging a house sale every two days. This is working really well.”

The proof is that the team members stay. Only two people have departed since they started their grand experiment. That’s as good as no one in the ­rough-and-tumble real estate world, where agents and brokers are often tempted by greener grass over the next hill.

Perhaps the clearest indicator of the A Team’s ongoing success is the fact that Fayad and Plowright still play once or twice a week. Partners squabbling over expenses, fees and an overall vision do not do that. Like all good stories, the squash setting shows the harmony of the partnership better than they can tell us about it.

The camera pulls back as the two men depart the court, squabbling only about whose game is in ­better shape. The conversation fades as the music and credits roll.

It’s the continuation of a beautiful friendship. 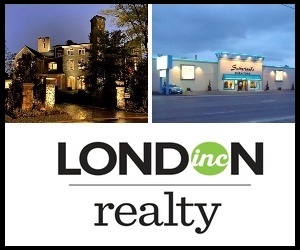