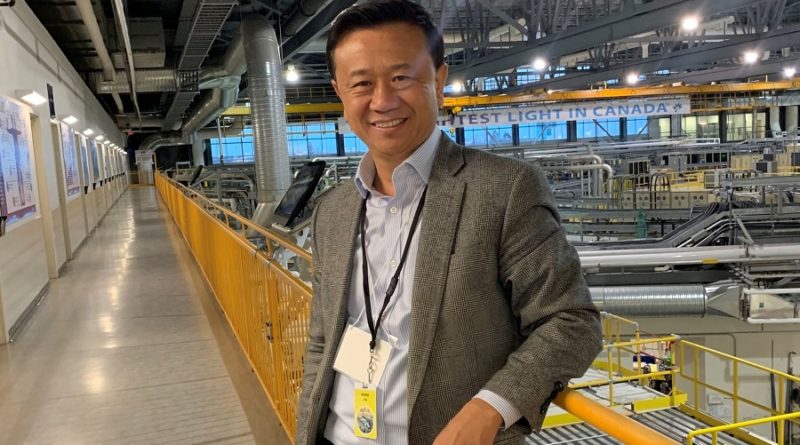 RESEARCHERS FROM WESTERN University have announced the discovery of a cost-efficient method of harnessing a material that has almost seven times more capacity than traditional batteries.

The engineering research could translate into significant manufacturing and consumer benefits, such as greater range for electric vehicles and longer battery life for cell phones.

Researchers from Western Engineering, Western’s department of chemistry and Soochow University-Western University Centre for Synchrotron Radiation Research collaborated with the Canadian Light Source (CLS) at the University of Saskatchewan on a pair of studies to determine if they could harness the might of phosphorene while mitigating its two main deterrents – cost and durability.

In one of two studies, the researchers attempted to cut down the cost of harnessing phosphorene, which has almost seven times the amount of anode materials that are used in typical lithium-ion batteries.

Phosphorene is a two-dimensional material consisting of a single layer of black phosphorus, and black phosphorus that is available commercially costs roughly $1,000 per gram. However, researchers were able to find a new way to produce a low-cost black phosphorus by using low-purity red phosphorus. The new method cuts the cost down by almost 300 per cent to $0.10 per gram. As well, the new material retains an acceptable level of purity and electronic properties.

In the second study, researchers conducted tests to better understand where oxidization starts on phosphorene. One of the main deterrents to utilizing phosphorene is that it breaks down quickly when it is exposed to air.

The study is the first of its kind to clearly document the oxidization process in detail.  The researchers found that phosphorene begins to break down at the thinnest regions first. Afterwards, the degraded regions accelerate the breakdown of adjacent regions.

According to Li, the discovery paves the way for developing strategies to protect phosphorene when it is used in electronics and other devices.

The research was funded by the Natural Sciences and Engineering Research Council of Canada.