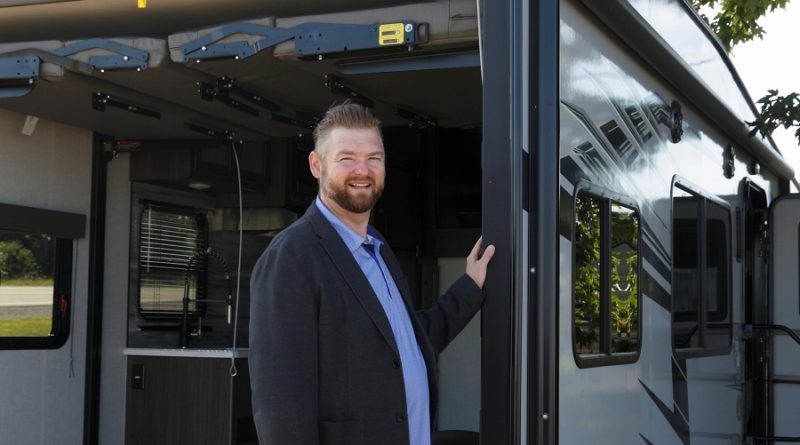 Great Escape RV is enjoying a nice ride, but the road is not without its bumps

TRADITIONALLY, THE BUSINESS of a recreational ­vehicle dealer revolved largely around selling RVs to RV people — meaning mainly existing owners of RVs. The industry ­operated on a large volume of trade-ins and upgrades, and it always had a clear idea of who its customers were. New blood could be hard to come by.

But these days, Justin Boyd, who started Great Escape RV in 2012, isn’t quite sure who his typical customer is.

“It used to be very trades-oriented,” says Boyd, “but we’ve definitely moved to more of that white-collar ­customer. They’re looking at trailers more than you’ve seen historically.”

Credit Covid for that one, and for what Boyd calls “a lucky spike” in sales and interest in RVs.

“We don’t have [travel] industry competition; no one’s ­leaving the country,” Boyd says.

“People who have been on the fence about buying an RV for years are saying, ‘Let’s do it.’ A lot of the people who can afford this world, they didn’t really lose income.”

“I theorized right from the beginning that eventually my industry would benefit from Covid. But it was a lot sooner and faster than anyone ever thought” ―Justin Boyd

So, Boyd finds himself in something of a paradox: ­experiencing an upswing in sales in the immediate sense, but still reeling from the mid-March shutdown that he likens to a race car hitting a wall.

“We’re still behind,” he says in one breath. “We’re ­technically up, but we’ve been running at capacity,” he says in the next.

“Right in mid-May we started to spike, and that went through to mid-July, to the point where I had the lowest ­inventory I’ve had in five years,” Boyd says.

What might be more accurate to say is that Boyd is ­grappling with surging interest in an industry that has historically remained fairly stable. Across the country, RV sales have been on the rise, and while that’s great for the industry, it has posed other problems.

“Covid is still affecting us,” he says. “You lose six weeks of work, and that flows through your entire year.” 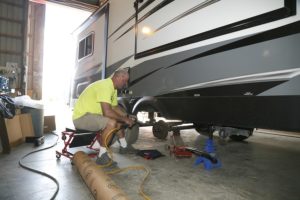 Manufacturers can only build RVs so quickly, so supply has been an issue. And trade-ins fly off Boyd’s lot faster than ever. “When you get a lot of trades, that can be very demanding on your cashflow,” he says.

On top of that, Boyd says people have been “pent up and on edge,” eager to hold on to the possibility of a vacation.

Eventually, all of those factors collided, for both good and bad and everything in between, and often on Boyd’s own lot, located just north of the city at the corner of highways 4 and 7.

“I theorized right from the beginning that eventually my industry would ­benefit from Covid,” he says. “But it was a lot sooner and faster than anyone ever thought.”

The effects of the pandemic on Great Escape, and the RV industry more generally, will take some time to sort out. All that enthusiasm for buying a new RV meant, for instance, that it was prudent for Boyd to cancel his rental program this year, focusing instead on selling units. He hopes to bring it back next year, but then, who knows how long demand for air travel will be depressed? Who knows how all the new RV owners will feel about it at this time next year? (“I think sometimes they don’t realize an RV is not an all-inclusive vacation,” Boyd says.) And will more unscrupulous dealers pop the bubble, trying to squeeze people? 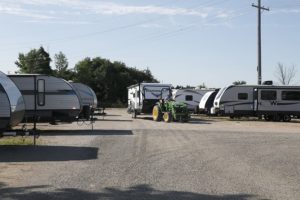 “Whenever the industry does well, people jump in,” he says. “We’re not gouging. Other dealers have decided they’re low on inventory and are raising the margins.”

For now, Boyd is focusing on the positives. “I think we will see a bit of an industry correction, but I think we’ve got another year of this hot market,” he says. “It’s a very unique industry, and there’s a learning curve to being part of it.”

Personally, Boyd can deal with the uncertainty the pandemic brings, and is careful not to look a gift horse in the mouth, as it were.

“I roll with the punches personally, but I can imagine that a solid A-type personality is not liking this world,” he says. “I guess because my business is doing well… I don’t mind.”

To view this story in Virtual Paper format, click here.