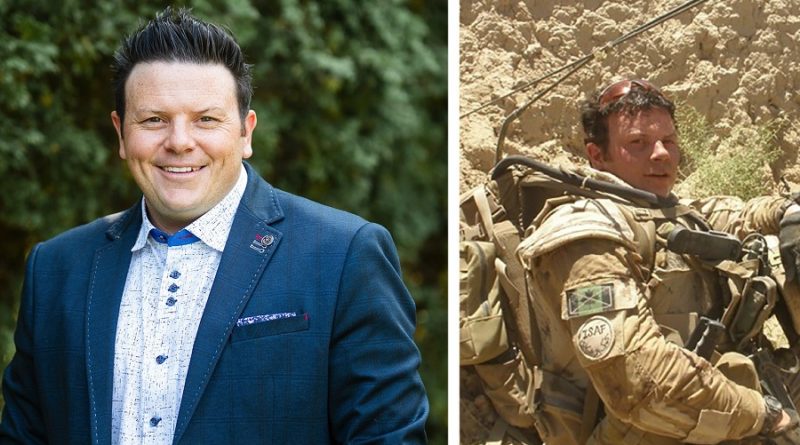 VETERAN-LED AGENCY 44 North Digital Marketing has been named to Canadian Business’s prestigious Growth List. Now in its 32nd year, the Growth List is Canada’s largest annual celebration of entrepreneurial achievement. It ranks businesses based on five-year revenue growth and highlights the most successful, dynamic and relevant leaders and companies in the nation. The Growth List winners will be profiled in a special print issue of Canadian Business published with Maclean’s magazine.

“I am extremely proud that 44 North has ranked on the 2020 Growth List. Our success is directly tied to our people. We hire the best, we take care of them, and we invest in their training and development. In return, our team members take care of our clients, and in doing so, we succeed together. I want to thank all of our customers for putting their faith in 44 North and trusting us to help them grow their businesses,” says Corey Shelson, 44 North’s founder and president.

“Everything that I learned as a troop commander in the Canadian Military has emphasized the importance of precision, planning and an investment of time and resources in each team member” ―Corey Shelson

Before entering the Canadian entrepreneurial landscape, Corey served for 13 years as a military engineering officer with the Canadian Armed Forces. His service included an eight-month deployment to Afghanistan in 2010, where he was a combat engineer troop commander with the Canadian Battle Group. As a Veteran, his dedication, work ethic and use of proven military processes have helped him build an award-winning team of digital marketing experts. The success of 44 North reflects Shelson’s own adaptability and commitment to measurable results. 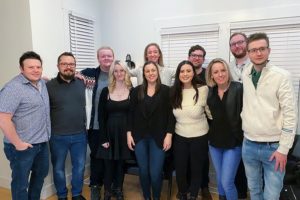 “Ten years ago today, I was on the ground leading soldiers in the extremely volatile region of Kandahar, Afghanistan,” says Shelson. “The threat was extreme, but we had a mission to accomplish, and the soldiers I led were what made it happen. Everything that I learned as a troop commander in the Canadian Military has emphasized the importance of precision, planning and an investment of time and resources in each team member. 44 North’s ranking on the Growth List is proof that caring for your people, building team trust and providing an empowering environment in which to accomplish a shared mission leads to success ― and that success is worth celebrating.”

44 North is a Canadian digital marketing agency with offices in London and Barrie, Ontario. Their client portfolio includes organizations with strong local and North American presences like 3M, Lerners LLP, eCapital, Pratt Homes and more. Helping their clients succeed has directly contributed to 44 North’s rapid growth, including a 289 per cent increase in revenue in the last two years, and their team has nearly tripled in size since 2019.

For over 30 years, the Growth List ranking of Canada’s Fastest-Growing Companies (formerly the Growth 500) has been Canada’s most respected and influential ranking of entrepreneurial achievement. Originally developed by PROFIT and now published in a special Growth List print issue of Canadian Business (packaged with the December issue of Maclean’s magazine) and online at GrowthList.ca and CanadianBusiness.com, the Growth List ranks Canadian companies on five-year revenue growth, and the Startup List ranks Canadian new growth companies on two-year revenue growth. For more information on the ranking, visit GrowthList.ca.

Founded in 2015, 44 North is a Canadian Military Veteran-led digital marketing agency that has helped over 150 businesses across North America build their brands and achieve success and notoriety in their industries. 44 North brings military precision to the crowded digital marketing space by adopting proven military frameworks. The company culture reinforces safety, innovation and a people-first approach, which translates to measurable results for a diverse portfolio of clients.

A driven entrepreneur with a strong leadership background, Corey founded 44 North Digital Marketing in 2015. Corey has become a trusted name in the industry through his mentorship roles at Prince’s Trust Canada, Operation Entrepreneur (POE) and Georgian College’s Henry Bernick Entrepreneurship Centre. Corey is a sought-after public speaker and digital marketing trainer who has spoken to audiences at the Richard Ivey School of Business, Western University Accelerator and Western University Propel Entrepreneurship Centre.

Prior to his business career, Corey served for 13 years as a military engineer officer in the Canadian Armed Forces. Corey is the recipient of the General Campaign Star, Canadian Forces’ Decoration and Joint Task Force Afghanistan Commander’s Commendation.