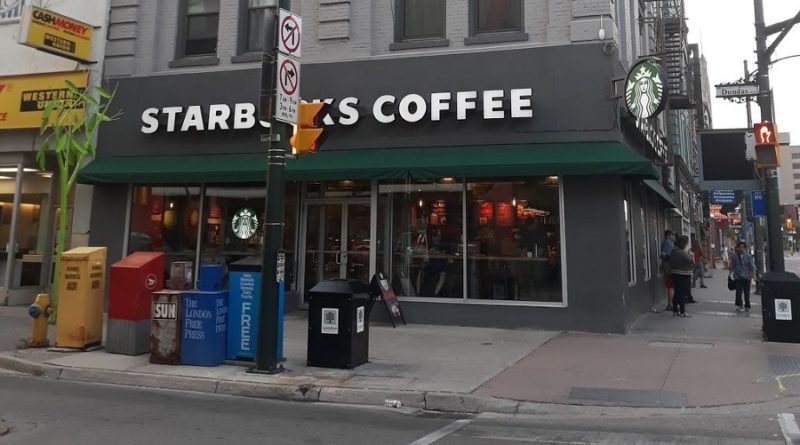 A representative with the company told CBC News London the closure was a result of decline in foot traffic. The company has previously announced it plans to close up to 200 Canadian locations as part of a new two-year business plan.

The downtown store, at the northwest corner of Dundas and Richmond streets, had been temporarily closed over the summer. Now the signage has been removed and the windows covered.

“We have taken great care to ensure our partners [employees] have been provided with options, including redeployment to other stores where possible,” Carly Suppa-Clark, a spokesperson for the company, told CBC London.

As the Seattle-based coffee giant adapts to a post-coronavirus world in which an even greater percentage of its orders are takeout, it plans to relocate more of its mall and urban street-front units to units with drive-thrus.

“We have begun our accelerated store transformation to best meet our customers where they are now,” added Suppa-Clark, “which means we will close some stores and open more next year, the majority of which will be drive-thru.”

Correction: A previous version of this story incorrectly stated that the Starbucks location in White Oaks Mall had closed. That location remains open.