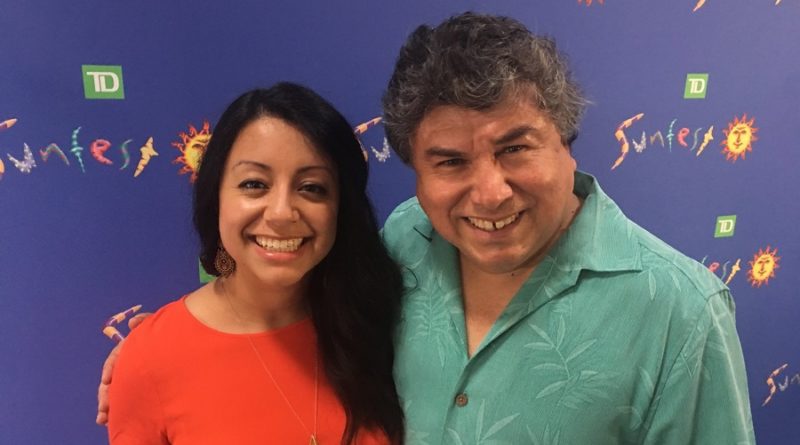 Sunfest organizers spearhead the launch of Culturas 360, an annual music event showcasing artists from around the world

IT’S BEEN A year, and we’re all likely feeling like we badly need a few things right now: Some sunshine; some live music, maybe; a chance to bump into some old friends and new people.

So it could be much-needed news, then, that the creators of Sunfest are coming back this weekend, with an all-new virtual world music event running on March 27 and 28, bringing together nine of the world’s top world music festivals under one virtual roof.

Called Culturas 360, it’s an idea that Sunfest’s executive director Alfredo Caxaj says has been in the works “for years.”

Maybe it’s ironic, then, that the closing of borders helped make this all possible, with the general acceptance of streaming events making it easier to pull together artists from all four corners of the globe. What it also did was make it seem more necessary than ever for Caxaj, so Sunfest took a leading role in organizing the festival.

It also created a way to support the many struggling artists who depend on the world music festival circuit. Even among musicians they are a particularly hard-hit subset. “The first priority is to recognize these artists and pay them well,” Caxaj says. “They are the heart of this.”

Since it’s a bit inconvenient to try to coordinate a Zoom call across no fewer than five continents (and since Caxaj regards all those Zoom concerts as a cutesy novelty that don’t really work), all the performances come in the form of produced videos. They’ll have set times that they stream over Facebook and YouTube, but will generally be made available after that. It’s free for anyone to watch, Caxaj says, because “today more than ever, it’s crucial to reach all sorts of audiences.”

Each of the nine festivals is bringing a couple of their own acts to the table, with Toronto-based Lemon Bucket Orchestra and the Quebecois group E.T.E comprising Sunfest’s offering.

While spiritually the festival is an outgrowth of the pandemic, Caxaj looks beyond and has ambitions to see Culturas 360 grow into something more, a platform for world music where similar festivals can come together in a more collective, community-building way. When word first got out about the festival, a whole host of others kept calling, Caxaj says, wanting to be part of it.

While it may not be exactly like kicking off your shoes in Vic Park, it may have to tide you over for a while. With travel restrictions still in place, this summer’s Sunfest plans are still up in the air. Caxaj says. “It’s going to happen for sure,” but whether that’s an in-person festival, a virtual festival, or a hybrid of the two is to be determined. If nothing else, Caxaj knows that people are anxious for events like Sunfest to come back, and believes in music as an integral part of our recovery.

“The success of Sunfest in the summer has been such a tremendous thing,” he says. “It’s the kind of event that people are waiting for.”