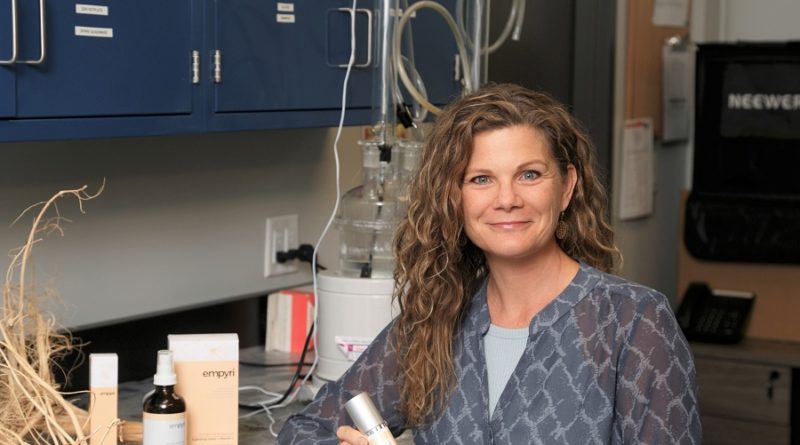 Skincare fledgling empyri has developed a line of cannabis root products clinically proven to nourish and heal. Selling those products in Canada, however, is proving to be a weedy issue

SITTING AT THE 2019 Lift Cannabis Conference in Vancouver, Jennifer Grant was wondering something. The cannabis industry, still new at the time, was heavily restricted and regulated. As a biochemist and the president of Dell Tech Laboratories, a London-based consulting firm and test lab that had worked with the cannabis industry, she knew this ­first-hand. And as someone with knowledge of the cannabis plant’s potential, she could also see how much of it was being left on the table.

“I wondered if there was a way to market a product that had cannabis in it, but wasn’t a regulated product,” she recalls.

Eight years prior, she had briefly started a skincare company, built around vegan, clean ingredients. “That company didn’t go very far,” Grant says, but she had still been ­making products for family and friends on the side. Her thoughts turned to the oils used in a lot of skincare products, reasoning that there was potential to incorporate chemicals from cannabis into a skincare product.

“It started using hemp seed oil,” she says. “But that wasn’t really a business because it was just adding hemp seed oil to products. So, I started doing some research and found cannabis root. Cannabis roots have been used in traditional Chinese medicine for over 1,000 years, topically and internally, and it turns out the cannabis roots have copious amounts of a really ­incredibly active ingredient call friedelin, which is ­clinically proven to be an anti-inflammatory.”

In October 2020, empyri, a ­skincare line built around cannabis root, was born.

One irony of cannabis legalization in Canada is that it has made doing business in proximity to cannabis quite challenging, even if — like empyri’s product line — you’re not working with THC or CBD. (“Cannabis roots are not super easy to get,” Grant adds.)

Launching six months into a pandemic meant that an initial projection of a 70/30 split between brick-and-mortar versus online sales was flipped on its head, and then some.

“We are available in some stores, but most of the chains are not even looking at new products still,” Grant says, “so the majority of our sales are online.”

Getting shelf space with a major retail chain like Whole Foods, Grant says, is now a lengthy waiting game while stores make decisions about what to stock. “Eight months ago, [Whole Foods] said, ‘We’ll look at you in September,’” Grant says.

Domestically, Grant says the biggest vehicle for growth will be via retail stores, which they are hoping to do as the economy starts ramping up again. The reality for empyri, though, is that a lot of their growth potential exists outside of Canada, where the regulatory concept of cannabis health products is more fleshed out.

To that end, they are developing a line of CBD topicals for the U.S. ­market, and similar products for the European market. “For CBD products, there are other jurisdictions where it’s way easier,” Grant says. “We’ve made a series of products that we’ve developed for the U.S., but we won’t be able to sell them in Canada until this whole concept of cannabis health products is developed in Canada.”

Changes to the way Canada regulates cannabis health products are likely in the long-term, but in the interim, it remains a barrier for a company like empyri, which uses cannabis components but not the chemicals (THC, CBD, etc.) that regulators concern themselves with. For empyri, its main value proposition might be in using cannabis root, but good luck communicating that to customers on Facebook, Instagram, Google and so on. 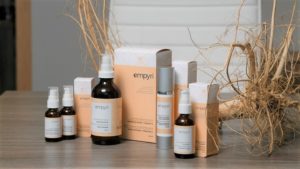 “We have removed the words ‘cannabis’ and ‘sativa’ from our website, and all of our advertising promotes the health benefits of our products without using those words. I’ve been told by numerous people that if you want to be successful in this market, you need to get that word off of everything,” she says. “I was stubborn about including the word cannabis in the product name, but we have been banned by everybody we can possibly be banned by — our PayPal account has been frozen with money in it and we’ve been banned from advertising on Facebook and Instagram.

“We are still talking about the benefits of the products in the media where we can, and in places such as email marketing campaigns,” continues Grant. “But because we’re unable to talk face to face with our clients right now, it makes it a little bit difficult to spread the word, and education is such an important part of this.”