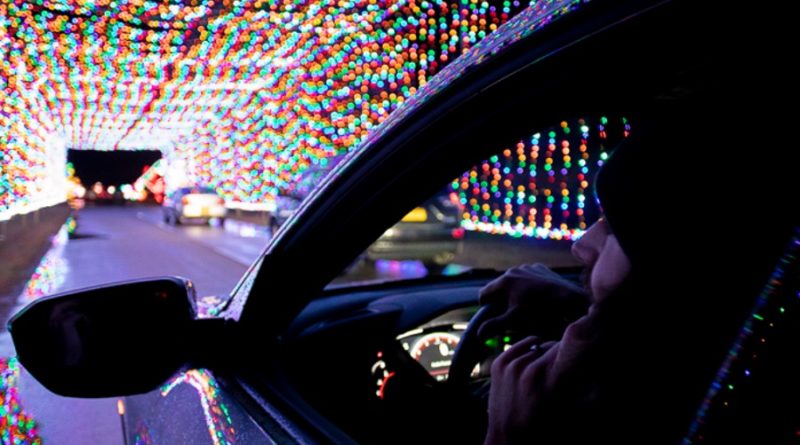 EVERY YEAR, THE Christmas season brings with it a whole bunch of individual community events, many of them raising money for charity. But this year, in support of the United Way of Elgin Middlesex, one event is going in a different direction: staging a 40-day long event, hoping to attract as many people as possible.

The Magic of Lights, which opens on November 19, is a 1.8-kilometre drive-through production, with custom lights, digital animations and a soundtrack you tune into over the radio. It’s being staged along a road in the Longwoods Road Conservation Area in Mount Brydges that, with its tree canopy and twisting nature, is the perfect road on which to stage a holiday production.

“The road winds through the conservation area, it’s heavily treed, it goes up and it goes down, and around every corner there will be a new light display,” says Kyla Woodcock, co-founder of Woodlo Productions, a recently launched company that is aiming to produce large, community events like this.

Woodcock, a London Inc. 20 Under 40 alumni, is also founder of the Forest City Sport & Social Club and is past chair for the 2018 United Way of Elgin Middlesex capital campaign. 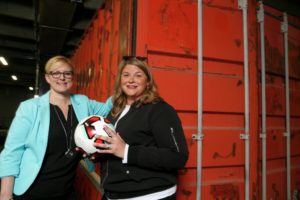 The installation is being produced by Ohio-based FunGuys Events, a company that puts on similar events at 20 venues across the world. According to Woodcock, it involves over one million LED lights, and they are hoping to see 25,000 to 30,000 cars come through this year.

This type of event is what Woodlo Productions was founded to put on. “We’re bringing to our community exactly as it says: large, family-friendly, community events,” Woodcock says. “They’re really just about spreading joy, giving families fun things to do together and giving back to our community.”

“Lots of the holiday events that we see in the community are one or two days,” Woodcock says. “The Magic of Light will be set up and available for our community for 40 days and nights — the entire holiday season.”

Tickets for the event are $23 per car and need to be purchased ahead of time because tickets are limited to a certain number for each evening. The route opens at 5 p.m. and closes at 10:30 p.m.

A portion of the proceeds from the event are being donated to the United Way of Elgin Middlesex, and Woodlo Productions hopes that this model — a single marquee event — will be able to attract more visitors, and thus more donations, than doing more small events throughout the season.

Tickets for the event can be purchased on the event website. The Magic of Lights runs from November 19 until January 2, 5:30 p.m. to 10 p.m.