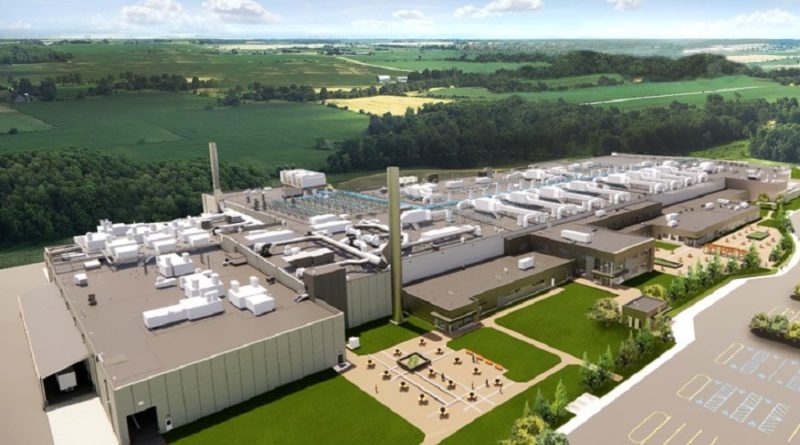 Photo: A rendering of the London plant at 1577 Wilton Grove Road

AHEAD OF THE expected completion of its new London processing plant in late 2022, Maple Leaf Foods Inc. announced on Thursday it is pursuing “optimization opportunities” in its poultry network.

Specifically, the company will be shifting volumes currently processed at the Maple Leaf Foods’ poultry plants in Schomberg and Bradford to the new London plant by the end of 2023 in connection with the ramp up of London to full production.

According to a released statement from Mississauga-based Maple Leaf, the company will work to identify opportunities at other plants within the Maple Leaf network for impacted employees at the Schomberg plant.

The company expects the London facility to start to deliver approximately $100 million annually of additional adjusted EBITDA once fully ramped up by the end of 2023.