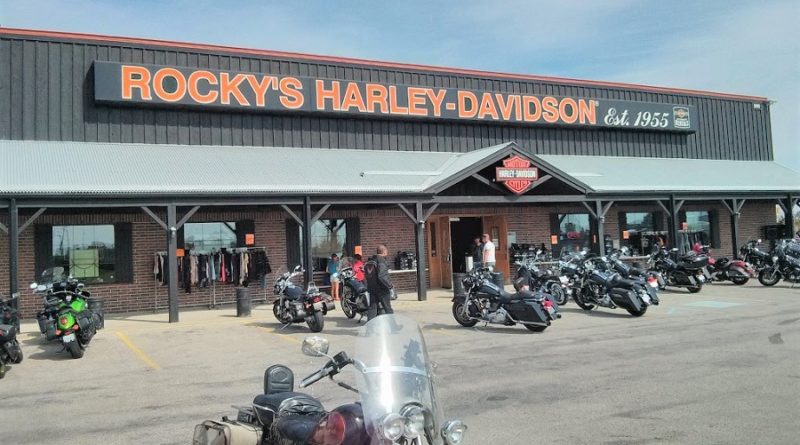 First established in 1955, a new ownership group has taken over the Rocky’s Harley-Davidson dealership on Wilton Grove Road

In late-February, Brian Jacobs, along with business partners Cory Stuart and Darryl Turley (Stuart and Turley are co-owners of Impression Printing in St. Thomas), took over the dealership from former owner, Jeff Duncan.

In addition to Rocky’s, Jacobs also owns Blackbridge Harley-Davidson in Cambridge. Both dealerships with be managed by Jacobs and director of operations, Erin Mitchell.

According to Mitchell, the Rocky’s acquisition represents a shift in direction for Milwaukee, Wisconsin-based company.

“In recent years, Harley-Davidson has favoured large automotive groups as dealer principal hoping that automotive dealerships well versed in moving high volume could spike sales,” she explains. “Auto groups loved this because it was fun to have a fun and iconic brand in the portfolio. However, both Harley and the auto conglomerates overlooked the reason that Harley-Davidson is the number-one tattooed corporate logo in history ― the experience.

Rocky’s was first established in 1955 by Rocky Robb, who started out as a mechanic at Poole’s Harley-Davidson in London and bought the business in 1955. The shop at Wharncliffe Road and Emery Street was renamed Rocky’s Cycle Centre, a and later became Rocky’s Harley-Davidson.

“We believe in being strong community partners,” continues Mitchell. “Riding is about community, that two-fingered wave as you pass another bike on the open road. Whether you stop next to a bike for gas or for coffee, there is always camaraderie. We fulfill dreams of personal freedom ― it’s our purpose, and we take it seriously. While freedom means different things to different people, it’s a bond that brings Harley-Davidson customers, employees, dealers, and enthusiasts together.”