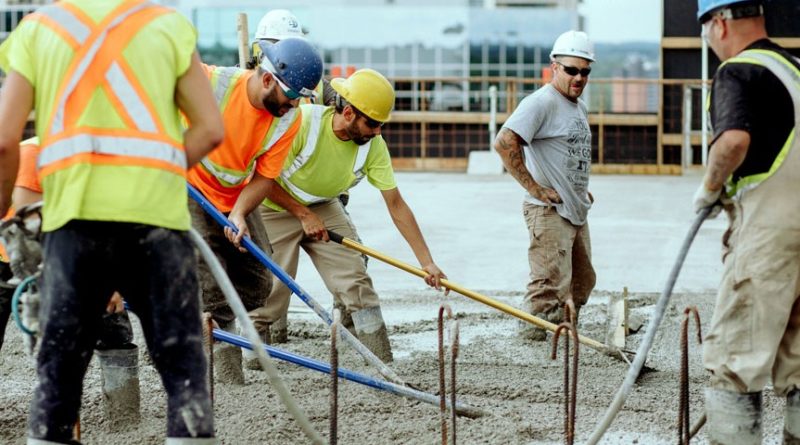 BUOYED BY SIGNIFICANT demand for housing construction and non-residential investment, a new study forecasts that Ontario’s construction and maintenance sector should see continued growth in the next couple years, but predicts that a tight labour market coupled with an aging workforce could lead to “ongoing labour market challenges” across the province.

“Between 2022 and 2027, the industry will need to add approximately 15,500 additional workers to keep pace with construction demands,” the report, written by BuildForce Canada, reads. “The retirement of more than 56,300 workers — 13 per cent of the current labour force — will increase the recruitment requirements for the industry to approximately 71,800 workers over the six-year forecasting period.”

Translated: the province’s construction industry is growing, but is struggling to recruit enough new workers to meet the demand we’re expected to see through 2027. BuildForce predicts that the province will need to recruit nearly 19,000 new workers to the sector to make up the difference.

Southwestern Ontario, the report found, “was among the strongest construction markets in Canada in 2021,” particularly as a result of a surge in new-home construction, which accounts for more than half of all construction jobs. It predicts, however, that housing starts will decline beyond the end of this year, and that employment in the residential sector over the long-term is expected to decline around four per cent by 2027.

“Overall,” the report found, “construction employment is expected to decline by some 2,800 workers over the forecast period, but recruitment pressures will remain due to the need to replace slightly more than 7,000 workers.”

On the other hand, non-residential construction work in the region is expected to rise by about six per cent by 2027 — growth of around 1,600 jobs.

“Ontario’s construction and maintenance industry showed tremendous resilience throughout the pandemic in 2020,” says Bill Ferreira, executive director of BuildForce Canada. “By shifting resources, effectively managing risk and new health protocols, as well as expectations, the industry quickly rebounded in 2021. However, ongoing strong employment demands and a lag in the return to the labour force of some older workers contributed to labour supply constraints for most trades and occupations and pushed unemployment rates in the province’s construction labour force to near record-low levels.”

The good news, the report found, is that some progress is already being made. “Due in part to aggressive industry and government promotional efforts regarding the benefits of careers int he trades, the construction industry has increased the number of young workers under the age of 25 in the construction labour force by 6 per cent since 2019,” the report says.

The 19,0000-worker shortfall “will need to be filled by enhanced local recruitment and training, including the recruitment of new immigrants and those already in Canada, as well as promoting career opportunities to workers with comparable skill sets who have been displaced from other industries.” (A tight labour market, such as this, typically leads to wage increases, which would likely help recruitment efforts.)

The report also identified several areas for potential growth in recruitment. Right now, the report found, only four per cent of working tradespeople are women, which is stagnant compared to 2020. The report also notes that more could be done to recruit Indigenous workers to the sector.