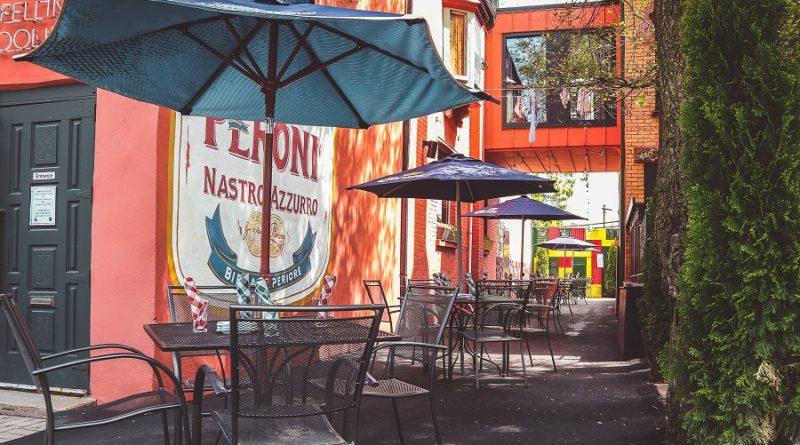 Photo: Many city establishments, like Fellini Koolini’s, expanded their patio capacity during the pandemic

LONDON’S PLANNING COMMITTEE has given a preliminary okay to a recent proposal from two councillors to loosen patio capacity restrictions in the city.

Last week, Councillors Shawn Lewis and John Fyfe-Millar wrote to council in support of a plan to axe local patio capacity restrictions — currently set at the greater of 50 per cent of overall capacity, or 50 people total.

At Monday’s planning committee meeting, councillors voted unanimously in favour of asking city staff to “investigate options to amend the current capacity restrictions for outdoor patios associated with a restaurant or tavern,” and “report back with options for council’s consideration.”

The hope of the committee, as well as Mayor Ed Holder, is that staff will be able to turn those recommendations around fairly quickly, so that council can vote on it before the start of the spring patio season.

With the proposal approved, council will debate the matter at an upcoming session, though it wasn’t clear whether that would be the next council session on April 12, or a subsequent one.

“Our hope is to hit the April to May timeline,” said deputy city manager Scott Mathers.

“I think this is a really important piece,” said Fyfe-Millar, to the committee. “It’s important to the structure of our communities. This gets eyes and ears on the street on a regular basis, and I think that’s part of what makes community what we want it to be. We want it to be that piece where we’re walking down the street and engaging with other individuals — this will all add to that.”

Since kicking off this push, councillors have pointed out that they aren’t proposing radical changes so much as they are looking to enshrine a Covid-era practice into law. In this case, the city granted something of a moratorium on patio capacity limits, as many businesses were looking to expand their outdoor offerings while indoor dining was facing off-and-on restrictions.

“We’ve really had a forced two-year pilot project, whether we wanted one or not, on whether to be a little bit more lenient with restaurant and tavern patios in our community, and it’s worked pretty well,” said Lewis. “We’ve heard from some of these operators that they would like some surety for the future about being able to continue this way before they make significant and more permanent investments in our patio spaces.”

“It’s created this pilot project where we can look at doing things differently,” added Councillor Anna Hopkins. “Having these opportunities, especially in the downtown core, it does create a certain atmosphere, and I think Londoners want it.”