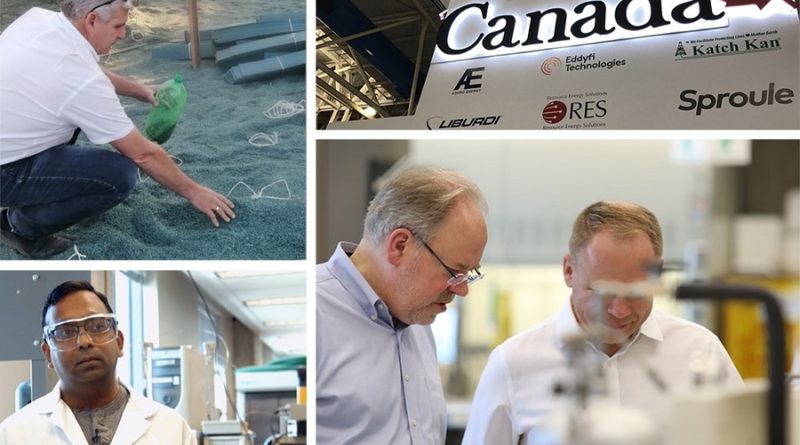 ADURO CLEAN TECHNOLOGIES Inc., a Sarnia headquartered developer of patented water-based technologies to chemically recycle plastics and transform heavy crude and renewable oils into new-era resources and higher-value fuels, has announced it is expanding with the opening a London facility in the Newbold Business Park.

Aduro was officially formed in 2011 and went public via a reverse merger transaction completed in April 2021. The new London facility will more than double the size of Aduro’s research footprint and is slated for completion in late summer 2022.

The company has developed a novel chemical conversion process to transform waste plastics into renewable fuels and specialty chemicals. Instead of destroying the molecules and rebuilding them, which is the traditional way of recycling plastics, they break plastics down at the molecular level and recycle them at that level. The company’s patented Hydrochemolytic technology activates unique properties of water in a chemistry platform that operates at relatively low temperatures and cost, a game-changing approach that converts low-value feedstocks into 21st-century resources.

With funding and support from Bioindustrial Innovation Canada, Aduro has developed a pre-pilot reactor system to upgrade heavy petroleum into lighter oil.

“The new laboratory will strengthen our ability to accelerate our technology development and support our customer engagement program,” says Ofer Vicus, Aduro’s CEO. “The opportunity to engage customers and work directly on their varying waste feedstock aligns our understanding with the current and evolving market needs and provides the opportunity to build a pipeline for future projects and commercial engagements.”

According to the company, the new London facility will begin to host customer trial programs following the setup, testing and commissioning of its R2 Plastics reactor, expected in early Q4 2022.