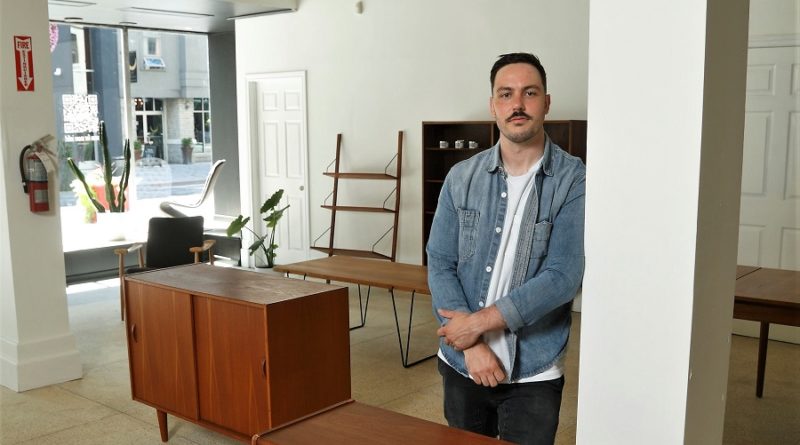 ROB HANSON DISCOVERED the concept of habitus — the way we ­perceive our space and place, and how we interact with it — in a textbook while he was studying architectural technology at Fanshawe College.

After graduating, Hanson enrolled with the Royal Architectural Institute of Canada to continue training to become an architect, but quickly realized that he was less interested in learning technical skills and more interested in the design elements of architecture — particularly through the habitus lens.

It was that understanding that inspired his business, perhaps ­unsurprisingly labelled Habitus. The concept launched as an online store last year, and last month Hanson added a brick-and-mortar presence at 140 Dundas Street where he sells vintage Scandinavian and mid-century modern furniture imported from Denmark.

“For me, it’s important to be in a clutter-free space, clean and minimalist,” says Hanson. He was drawn to Scandinavian furniture for both its functional and aesthetic qualities.

“I had a personal collection of Scandinavian furniture, and I started to sell a few of those pieces online during Covid,” he says. Response was so positive he started looking for more pieces to resell, a quest that led him to suppliers in Denmark with which he is now working.

“For me, it’s important to be in a clutter-free space, clean and minimalist” —Rob Hanson

But where to put the furniture he was acquiring?

Born and raised in London, the 31-year-old entrepreneur is also a realtor and real estate investor — and a big downtown booster. He had been looking to purchase a building in the core that offered a retail storefront — ideally with space for a back-of-house design studio — but had no luck finding the right space. After connecting with the London Economic Develop Corp. and Downtown London, Hanson turned his attention to a handful of affordable incubator spaces for rent, and in August set up shop in the former Metropolitan store building on Dundas Place.

Coming in at an expansive 10,000 square feet, the open space has high tin-tiled ceilings, simple lighting and a minimalist feel that highlights the furniture. Plus, it also provides space where Hanson can host planned future ­community events. 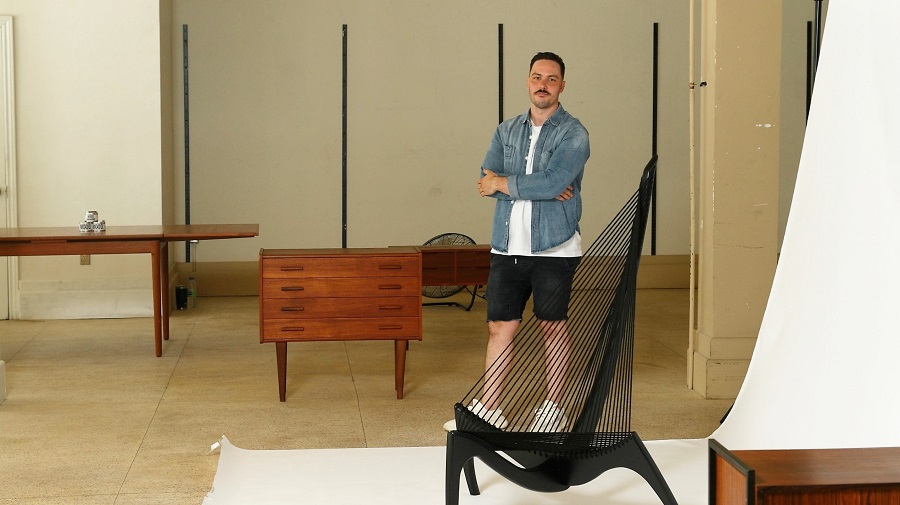 Since Habitus opened, there have been several ­summer events that have brought crowds of people to the flex street, and many have stopped in to browse or buy. Hanson ­envisions ongoing collaboration with the arts community, inviting in local musicians and visual artists to use the space for cultural events.

His online presence and direct-email list continue to drive purchases through the website, and Hanson has contracted a company to handle the increasing volume of out-of-town deliveries, mainly to Toronto.

His hope is that as Habitus the physical storefront becomes more known to local consumers and designers, and as more residential units are built in the core, sales flowing from the storefront will increase. Hanson has also begun to rent furniture for photo shoots and film projects in town.

Through the My Main Street Local Business Accelerator program and the London Small Business Centre, Hanson has been able to access a variety of resources and supports, including access to financing. But for now, he’s committed to taking a cautious approach to growth, choosing to ­self-fund the business — admittedly on a shoestring budget. “I want to gauge demand before I start taking on any loans.”