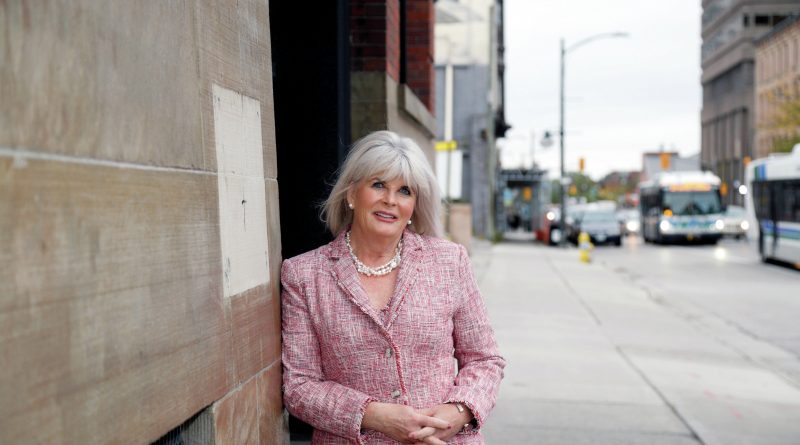 COWAN INSURANCE GROUP Ltd. president Heather McLachlin says the future is bright. In an age when digital technology has led some insurance companies to shrink their physical presence and downsize their workforce, Cowan is enjoying impressive growth.

Founded in 1927, the Cowan Insurance Group is one of the largest ­privately held brokerage and consulting operations in Canada, offering a wide range of financial services products across a variety of segments.

Since McLachlin took over at the helm in 2010, the Cambridge-based company has expanded its workforce from 300 to around 450 and opened new offices across Ontario—including a location at Innovation Works in downtown London.

“We do business with innovation hubs across Canada, so we understood the entrepreneurial and not-for-profit mindset at Innovation Works” —Heather McLachlin

“Our organization has always been ­community-based and locally minded, and we’re very familiar with collaborative space,” says McLachlin, who resides in London. Cowan’s Kitchener office is at the Communitech Hub, she notes.

“We do business with innovation hubs across Canada, so we understood the entrepreneurial and not-for-profit mindset at Innovation Works,” McLachlin says. “We like that kind of operating environment because it fits our company culture and allows for natural socialization of the ­business with the other partners who are in that collaborative space.”

McLachlin says this opportunity for expansion, combined with a strong corporate culture, is what first attracted her to the company.

“The organization aligned really well with my personal values, which has always been important to me,” she says. “Very early on, I could feel a level of energy and that people were very proud to work for this organization. It just felt like home.”

McLachlin also identified what she calls an “intoxicating” potential for growth. “I could see how the organization could continue to flourish on an accelerated basis. I thought I’d love to be part of that success.”

London, with its housing boom and growing tech sector, was an obvious place for Cowan to put down new roots.

Rapid growth needs to be managed carefully, especially in an industry built on relationships. “Company culture isn’t something you just put on a shelf and forget about,” McLachlin notes. “Culture is your people and how we treat one another, both clients and internally.”

In addition to rigorous hiring practices, Cowan embraces the philosophy of promoting from within. “Where our people are aspirational, we consciously develop a plan and make investments that allow them to flourish within our ­organization,” McLachlin explains.

It’s the kind of mentorship and support that allowed McLachlin to reach the top of her industry. “One of the things I enjoy the most is mentoring our junior staff, both male and female,” she says. “It’s fun to watch people grow. The sustainability of the organization, long after I’m gone, is my job, and it’s something I take very seriously.”